The fore-runner of Nigerian Army was from the British called Royal West African Frontier Force. As at date, Nigeria Military is made up of the Army, Air force and Navy. Nigeria Navy came into being in 1958 as an arm of the Armed Forces. In 1964 the Nigerian Air force was born. The traditional role of the military include; to protect the nation from external aggression, defend nation’s territorial integrity and conduct itself within parameters  laid down by civilian authority. Thus the Supreme Commander of the Armed Forces rested with the Civilian Head of State. The Nigerian Military then were “Virgin Soldiers”and since they tested political powers in January 1966, there were interventions of the military in Nigerian politics.

In 1985 the military came back to power. That was another military intervention in Nigerian politics. Nigeria had recorded about 11 military Coups and counter-coups from January 15, 1966 through August 1985 to Dec. 1997. Every time there was coup in Nigeria, there was Radio Broadcast from Radio Nigeria then in Lagos and Most National Newspapers carried the news including the photo news. Most of the places remained calm, quite and deserted. The military coup of 1985 still remained in memory. The ever busy Ikorodu Road in Lagos was deserted and the military with the Armourd car kept Vigil in the streets of Lagos. I remembered vividly that the popular Daily Times Newspaper in front page carried the news of the coup of 1985 with the photo-news showing the busy Ikorodu Express Way being lonely. I recalled that every time there was Coup, this writer, Livinus Nnebedum listened to life to the broadcast from Radio Nigeria. I was at Daily Times Office in Lagos on July 2001. I still remember I was at Newspaper stands in February 1976 and August 1985. It should be noted that Daily Times Newspapers established since 1926 was the Federal Government owned Newspapers then which recorded along with other Newspapers the event of the military interventions.

It was not until January 1966 military intervention in Nigerian politics that the Nigerian Soldiers deemed to have lost their innocence of being “Soldiers” by making transition from the takers of orders to givers of command, from defenders of the nation to rulers of the nation. This is clear departure from the tradition of an Apolitical Military to Political Military.

The Nigerian Army was born when this country achieved a Republican status in 1963. Thus from the fore-runner of the British Royal West African Frontier Force, the Nigerian Navy came into being in 1958, Nigerian Army born in 1963 and in 1964 Nigeria Air force was born.

Nigerian Soldiers tested power first in January 1966 and saw that power politics is sweet, they ruled for many years swallowing the sweet aroma of the power politics. Finally with effect from May 29, 1999 to date there is continuous Civilian Regime without any Military intervention in politics of Nigeria. 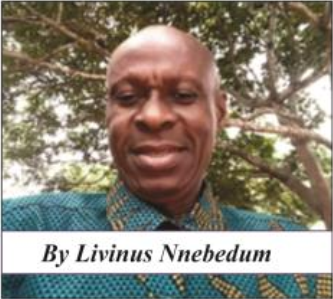