Nigerian Football: What Next after Super Eagles World Cup Miss?

Following the failure of the Super Eagles to qualify for the FIFA World Cup in November, an inquest has begun into how Nigeria seemingly snatched defeat from the jaws of victory.

Amaju Pinnick assumed office on November 19, 2014, as the President of the Nigerian Football Federation (NFF). Shortly after, the senior male national team, Super Eagles, managed by the late Stephen Keshi, failed to qualify for the 2015 Nations Cup at the Godswill Akpabio Stadium after a 2-2 draw with South Africa. 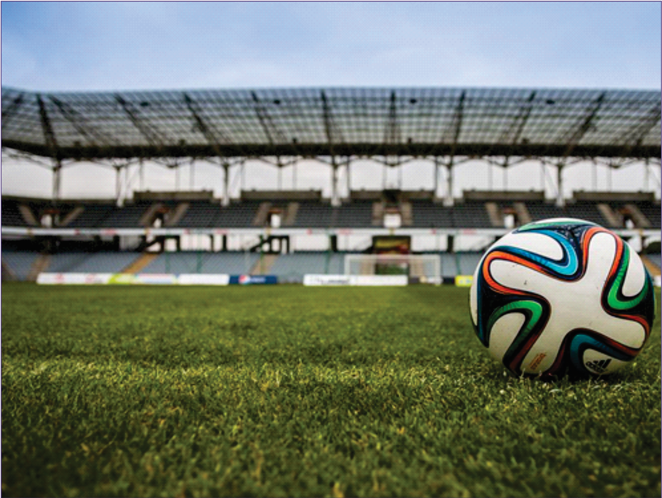 The Eagles needed to beat Bafana Bafana [just like they needed to beat Ghana on Tuesday] but Tokelo Rantie gave the South Africans a two-goal lead in the first half and a brace from Sone Aluko, in the 68th and 90th minutes, proved not enough.

Eight years after that fateful night, there was an encore on March 29, 2022.

Just like a picture frozen in time, the scene and actors were familiar and the result was the same. We – the media, sponsors, administrators, and many more enthusiasts – all saw it coming, but we played the Ostrich, pretending not to see the danger coming and hoping that the degenerated set-up would continue to produce miraculous escapes and jamboree expeditions.

Miracles happen, but they are not the norm.

The World Cup ouster by Ghana should be the Nigerian norm based on the cluelessness of the administrators, who believe in negating processes and norms while wishing, absurdly, for success.

Reality has dawned. And so the Super Eagles will not be at the 2022 FIFA World Cup because they fell to a limited Black Stars team from Ghana.

This Ghanaian team was limited in talents and experience. Of the 22 players that started the match on Tuesday, only the Ghanaian captain, Thomas Partey, would probably make it into a combined 11 of the two teams.

The introspection has started and the blame game is in full swing. It is abnormal in our clime for administrators to fall on their swords, but this will be an interesting space to watch in the coming days on what will be the consequences of this failure. The NFF has sacked the entire crew of the Super Eagles though there are vague lines on what Augustine Eguavoen will be since he was just the interim manager, seconded from his technical director post.

Just as we asked after the last Summer Olympics, our ouster from Qatar 2022 explains the glaring fact that there is no process, infrastructure, or plans.

Conclusively, we can all agree that the ‘tournament mentality’ instead of ‘development mentality’ thoroughly encumbers us to perform to our potential.

For Pinnick and his NFF board, it definitely looks and feels like things have turned full circle. One decision that burnishes Pinnick’s time in charge, was the employment of Gernot Rohr in 2016 and the subsequent successful qualification for every senior football tournament afterwards.

Unfortunately, this enormous setback has again dredged up Rohr’s name and his [untimely] sack last December. The NFF employed the former Super Eagles manager after the national team missed two consecutive Nations Cup tournaments in 2015 and 2017.

Pinnick will beat himself on the head as to why he agreed to the sacking of the Franco-German tactician who had qualified the Eagles for every [jamboree] tournament during his tenure.

At the 2010 World Cup, I witnessed first-hand the excesses that Nigerian officials and hangers-on exhibited in South Africa. People transported to South Africa on taxpayers’ money and lavished with criminal estacode played about from Johannesburg to Cape Town but refused to perform the assignment for which the country sent them to the World Cup – watch and give feedback.

That casualness transmitted itself to the team. No surprises and guesses that the Super Eagles got bundled out in the first round. But the jamboree did not stop with the Eagles’ exit.

Pinnick, a former Warri Wolves sole administrator, totally abandoned the local league, which brought him into prominence for an endless junketing around the world. Central to his various travels were visits to the United Kingdom as he became a scout, talent spotter, and inspirational speaker/leader. He was not averse to giving pep talks to players in the dressing room as his ego consumed him in his role as the NFF President.

Going through almost 30 speeches and interviews by Pinnick in 2021 and 2022, it is hard to find a line from him on the Nigeria Professional Football League. There is conclusive evidence to show that the local league shows and enhances the ability of the national team. Take a look at England, Germany, and France to a lesser extent, and one can see what a solid local league gives. These leagues produce the backbone of their national teams and, even though they export some, it is to give room to develop some more.

‘It is 17 years since a Nigerian club last won the CAF Champions League while no side has made it to the final of a continental tournament since Amaju Pinnick took over the NFF in 2014,’ Newsmen reported last October.

On Tuesday, March 29, the bottom fell out once again for Nigerian football. Partey scored the goal needed for Ghana’s qualification in the 11th minute and that was it. Let the finger-pointing begin; the blame games, and all the attendant furore and drama.Though there is one consolation if we could just take a moment and step back from emotional tantrums. Failure allows us to start again, using our experiences as pointers to what to do and what to avoid.

The question to ask ourselves is: Do we know what is wrong and what we have to do to ensure we never pass this way again?

A football analyst, Yemi Adesanya, wants administrators to come up with actionable goals before being given offices. “First, those aspiring to run our football need to share their actionable blueprint, which, upon election, is reviewed with timelines every two years with minimum achievable milestones.

‘Sell Nigerian football as a package to Corporate Nigeria, knowing that Nigeria football does not start and end with the Super Eagles.”

Still pained by the defeat by Ghana, Mr Adesanya continued, “We must go back to the basics. Fund the league adequately, and create opportunities for players in the league to aspire to play for the national team.

‘We must also develop a sustainable funding structure for school sports; coaches’ education and reeducation. The NFF President should be president of Nigerian football, not of Super Eagles.’

Can we go this route? If not, we should all stop haranguing each other and look to employ the next miracle worker.