Nigeria Sports: Evaluating our Wins, Shortcomings and Prospects as a Nation -By Pelumi Abdul

Despite witnessing several internal unrest -coups, civil war, maladministration, fluctuation to serious security and leadership challenges among others-, Nigeria still remains the giant of Africa and one of the best countries globally. With a population exceeding 200 million, Nigeria preserves her position as the largest economy in Africa at the age of 62.

Unfortunately, many Nigerians are absconding from the country for a better life, while others are waiting for a Messiah as everyday is a rainy day. Therefore, there is a need to evaluate Nigeria’s wins and shortcomings since independence in assessing prospects for an ideal Nigeria.

Nigeria’s Wins: To Mention a Few

To begin with, Nigeria has been the largest producer of oil and gas since the 1970s and retains being the nation with the largest economy in Africa from 2014. At present, the country has the best army in West Africa and has spearheaded several peacekeeping missions in other African countries.

Although there are leakages in the country’s educational system, the system has been able to produce countless professionals of great significance both locally and internationally, among whom was Wole Soyinka, the first African to receive the Nobel Prize in Literature. 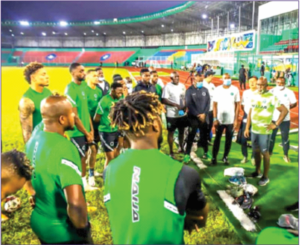 In addition, the country has recorded notable achievements in sports and entertainment. For instance, Tobi Amusan, a Nigerian athlete recently broke and set a new world record in Commonwealth Games and the Nigerian film industry “Nollywood” is the second largest producer globally.

Shortcomings: From Host of Others

Well, many Nigerians may have reasons not to celebrate her at 62. The ethnic purge and the incessant interventions of governance by the military at the early stage of independence caused havoc to Nigeria being a great nation.

The civilians did not halt the threshold as most at the helm of affairs since 1999 are driven deep into corrupt practices, embezzlement, bribery and indifference among others. Thus, Nigeria ranks second most corrupt nation in West Africa.

Moreover, over-dependence on crude oil -which keeps decreasing in price- is causing decline in economic growth and security challenges such as kidnapping, armed banditry, bombings, farmer-herdsmen clashes from others are major impediments to an ideal Nigeria.

Regardless of her shortcomings, Nigeria is in the specific position needed to strive and take advantage of booming global and regional demands. Considering her wins and the youth rapid growing population, potential, entrepreneurial spirit and technological skills, Nigeria would attain an ideal nation in coming years.

Just that, Nigerian leaders need to be incorruptible, fight insecurity and provide reforms towards productivity increment, inclusive growth and poverty alleviation. Moreover, industrial strikes have been plaguing the country’s educational system for decades. Thus, with necessary funding, strategic management and revampment, the Nigerian educational system would stand out globally.

The evaluation of Nigerian wins, shortcomings and uninterrupted democracy since 1999 has made it evident that Nigeria has prospects toward achieving an ideal nation every Nigerian has dreamt of.