A veteran journalist and publisher, Mr Polycarp Onwubiko, has appealed to the federal government to kick start the process of restoration of the country to the practice of fiscal federalism as was the case in the First Republic in order to proffer solutions to the economic challenges facing the country.

Onwubiko who spoke with the press in Awka condemned the federal government’s recent policy to concession teaching hospitals because of serial inability to meet up with the capital and recurrent expenditures as a result of dwindling national revenues that occasioned budget deficit and repayment of humongous loans from international financial institutions.

Onwubiko who has written books on Federalism asserted that the pith and marrow of the decapitating economic challenges confronting the country was a result of what he called the brazen bastardization of the inexorable principles of the federal system of government as practiced the world over. 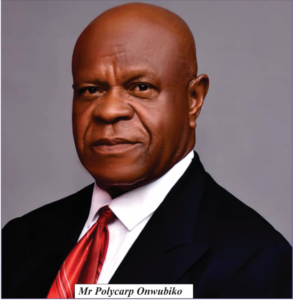 He said, ‘The pseudo federalism in practice today has not allowed realistic diversification of the economy because of the federal laws constraining the sub national governments from exploring and exploiting the vast natural and mineral resources within their respective jurisdictions which have the great potential to create wealth and massive employment in addition to contributing to the Gross National Product, GDP, which in the long run, helps the federal government to repay the humongous loans that have mortgaged the future generations.’

He said: ‘Such brazen hypocritical posturing nibbles at the efforts on unity in diversity because discriminatory policy triggers resentment and sundry actions that are inimical to forging nationhood.’

Onwubiko further contended that the National Health Insurance Policy had not yielded the expected dividend because of the widespread poverty, even as Nigeria had gotten the tag of poverty capital of the world. He said that health sector was never left for the private sector to manage as governments subsidized it or fully funded it because of the importance attached to human capital development.

He said, ‘Diversification of the economy is an integral part of restructuring governance and with the six geopolitical zones as the new federating units, they will meticulously plan their education and health sectors to boost human capital germane to the quantum leap of the Gross Domestic Product, GDP, while the federal government will concentrate on foreign affairs, defence and immigration as obtained in sane and sanitized federations the world over.’

Onwubiko further contended that restructuring Nigerian governance would put paid to the incessant face-offs between the Federal Government and ASUU, even as the settlement of the imbroglio was a temporary one because, according to him, in the long run, the problem would bounce back since the world over, no federal government funded tertiary educational institutions.