Nigeria Should Be a Haven for All- Obi

The former Executive Governor of Anambra State, Sir Peter Obi, CON, has stated that Nigeria as a country should be a safe refuge for all its inhabitants, and not a nation that turns its citizens into refugees.

Obi, who made this known in a Message to mark the 2021 World Refugee and Internally Displaced Persons Day with the theme: ‘Together we heal, learn and shine, insisted that people should not live or be treated as refugees in their fatherland.

The erstwhile Anambra State governor, decried what he described as the increased insecurity and poverty rate in Nigeria, which according to him have constantly turned many people into refugees due to their inability to cater for their basic needs of life.

Obi, who is also the Vice Presidential Candidate of the People’s Democratic Party, PDP, in 2019 elections, revealed that insecurity and violence in different troubled spots of the nation, have churned out more refugees in Nigeria. He added that many of the refugees have been struggling for survival in different internally displaced persons’ centres in the country.

He lamented that the vast mineral and natural resources with which Nigeria was blessed, have not translated into the wellbeing of the people, and as such, many Nigerians live like refugees in their own country. 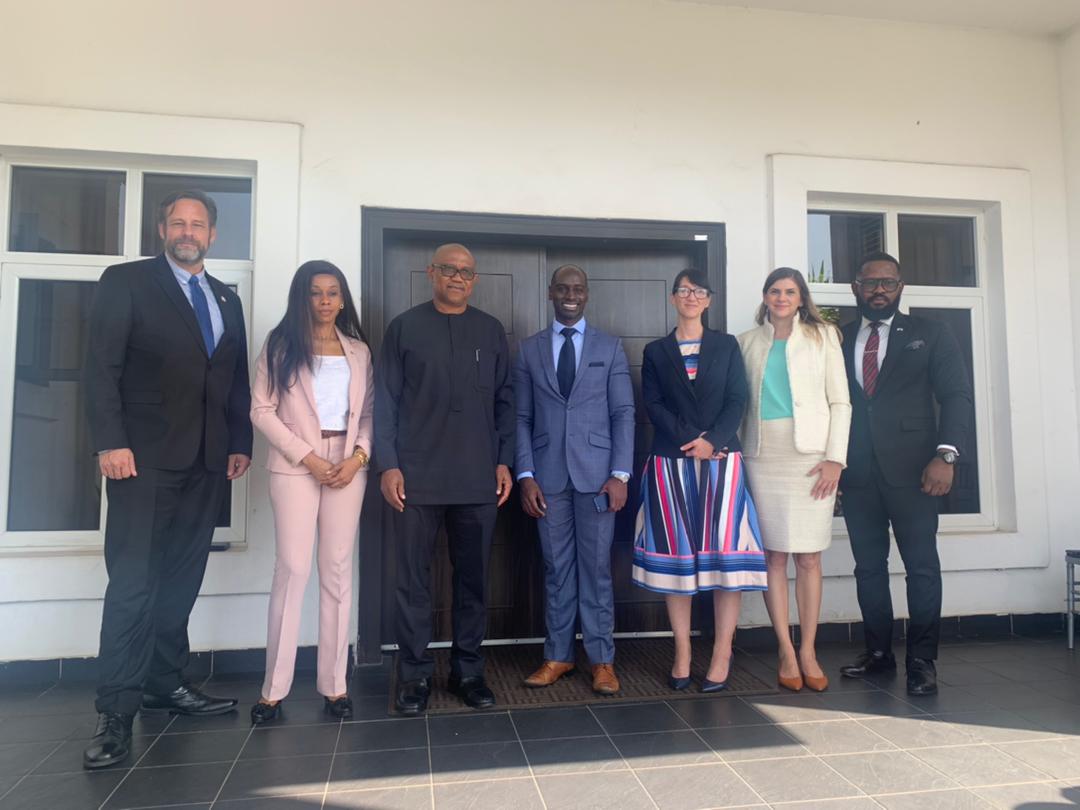 The Vice Presidential Candidate of PDP in 2019 elections, Mr Peter Obi, CON, 3rd right, with the six high-ranking members of US Embassy when they visited him at his Onitsha residence recently.

‘Nigeria is among the 10 countries in the world with the highest number of internally displaced persons. About 2.1 million people are internally displaced in Nigeria, irrespective of the vast mineral and natural resources which the country is blessed with. Many of these are victims of leadership failure that bred poverty, terrorism, banditry and insecurity in the country,’ Obi explained.

He maintained that the government and society must feel the plight of refugees and help them, not only to survive, but to thrive and fulfill their dreams in life.

The former vice presidential candidate said ‘Like us, refugees have dreams and aspirations. Governments must advance the cause of their welfare and create enabling environment for them to thrive. Individuals and organisations must lend helping hands to them, and help them live their lives fulfilled’.

Fides gathered that the World Refugee Day is celebrated annually on June 20. The internationally Day was designated by the United Nations to honour the refugees and work towards finding solutions to displacement.