Busola Enitan was filled with mixed feelings as the last day of her final year exams approached. She was happy that she would finally be dropping the pen but anxious about the National Youth Service Corps (NYSC) posting, a mandatory assignment for every Nigerian university graduate under the age of 30.

‘I pray that I’m not posted to the North,’ she said apprehensively.

The previous set had some of the students posted to the North and Enitan feared she may face a similar fate. Her concerns stemmed from the rising insecurity in the northern region of the country.

In recent times, states in the North-east and North-west have become a danger zone for both indigenes and non-indigenes. Banditry, kidnapping, herdsmen clashes, terrorism are the regular stories emanating from the zones.

Enitan would however wait till November to know her fate unlike the thousands of graduates who recently were posted to different parts of the country, including the volatile northern region. Despite the promise of the agency not to send the graduates to areas that are prone to violent attacks, about 9,100 corps members were deployed to the troubled North-west zone where the spate of violence is relatively high and has claimed over a hundred lives with many in the den of kidnappers. The states include Kaduna, Zamfara, Kano, Katsina, Sokoto, Jigawa and Kebbi.

However, the latest violent attacks in Nigeria are not limited to the region. The South-east zone in recent times has recorded wanton destruction of lives and property, particularly Ebonyi, Enugu, Imo and Anambra. For instance, on July 13, three police officers and two civilians were killed by gunmen in Idemili North, Anambra, and in Uzo-Uwani, Enugu, six soldiers lost their lives to gunmen. Two days later, cultists killed 10 people in Awka, Anambra, including two police officers.

These killings often triggered by secessionists have turned the once peaceful zone into a ticking bomb.

Though the Director-General of the scheme, Brigadier General Shuaib Ibrahim has assured protection for the corps members, it is difficult to take his words to the bank given that the widespread violence in the country is yet to be defeated. 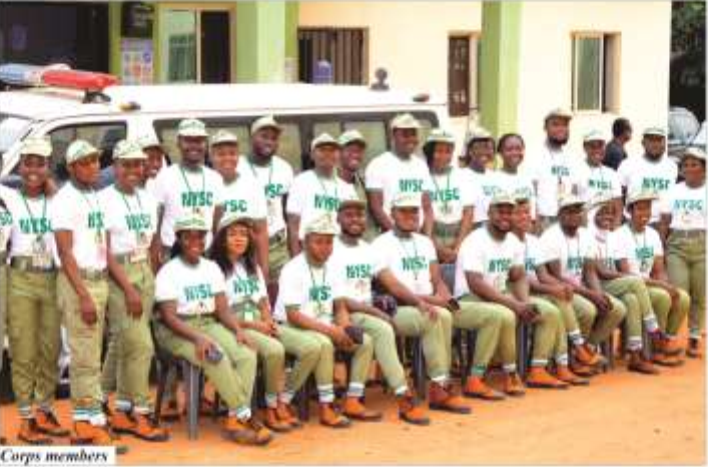 At a pre-orientation workshop held in May in Nasarawa, Ibrahim has said that ‘the welfare and safety of corps members and staff is part of the policy thrust of my administration. We shall continue to work closely with relevant shareholders to evolve strategies for the protection of all corps members and the entire corps community during the orientation course.’

A growing concern is the use of students by kidnappers to hold the government to ransom. The terrorist group Boko Haram deployed this method in their attacks with the abduction of the Chibok female students in 2014, which, unfortunately, not all have been rescued, and the Dapchi abduction in Yobe where Leah Sharibu is yet to be found. This year alone, kidnappers have stormed schools and abducted students in droves across the northern region. Areas affected by these mass abductions include Afaka in Kaduna, Kagara, Niger; Jangebe in Zamfara, and Yauri in Kebbi.

A tally in March showed that 618 schools remained closed in six northern states over the fear of attack and abduction of pupils and members of staff. The states were Sokoto, Zamfara, Kano, Katsina, Niger and Yobe.

As most graduates are sent to schools for their primary assignments, it becomes frightening that they may be walking into the lion’s den.

Over the years, the relevance of the NYSC has been questioned due to the increasing number of graduates who lost their lives while serving their nation. Who could forget the heinous attack carried out on Grace Adie Ushamg in 2009? Ushamg who was serving in Maiduguri, Borno State was on September 26, 2009, abducted and raped to death. Her death became the first recorded NYSC member abduction casualty. There was also the bloodshed that followed the 2011 general elections where many corps members lost their lives.

Their death led to a protest by the 2012 batches including the postponement of NYSC Batch C in Bayelsa, Borno, and the Yobe States. The then NYSC helmsman Brigadier General Okore-Affia called for state governors in the volatile region to guarantee the safety of corps members if they were to be deployed to their states.

Last June, about six serving corps members were reportedly injured by armed robbers who attacked their lodge around Dada Estate, Osogbo, Osun State capital during a prayer vigil and carted away valuables. The robbers stole about 20 mobile phones, three laptops and N130,000 from the corps members.

A recent incident occurred on Wednesday, July 28, when a vehicle transporting prospective corps members to camp was involved in a crash around Abuja according to the agency. Five corps members lost their lives in the accident. The incident was said to have happened around 2:00am.

Although the agency has offered corps members safety tips such as not travelling at night.

Beyond insecurity, some of the areas where the graduates are posted lack access to good roads and other infrastructure facilities. A recent video on the popular Instagram page of Instablog9ja showed NYSC members embarking on a journey to Taraba state through the sea. The corps members watched in awe and confusion as the bus was placed on a boat to cross the large expanse of water.

It is almost laughable and pitiable that as a country which celebrated its 61st independence this months, we are still lacking modern transportation means to convey people from one place to the other.

When Yakubu Gowon created the NYSC scheme in 1973, his goal was to foster national integration but in a country that is threatened daily by insecurity and separatists agitations, it is difficult to find a sense of belonging in the scheme.

Perhaps, the looming breakup of the country led the DG of the scheme to consider corps members part of the national defence policy and therefore, can be conscripted to war. Reacting to a call to scrap the scheme, Ibrahim had asserted in a TV interview that the corps members undergo drills during the three-week orientation camp and thus, have shown that they can be trained for war if such a situation arises.

‘You can imagine within the short three weeks in the orientation camps, the corps members are moulded. They are like soldiers. You see female corps members blowing the army horn, playing with the military band. So, if not for the knowledge, where are you going to mobilise such young Nigerians to train them quickly to put in their best for the country? So, corps members are on reserve. They are also part of the national defence policy,” he had said in the interview.

It is good that the corps members are encouraged to go through the military regimen but sending them to the battlefield defeats the purpose of the scheme.

A global list of countries with the highest unemployment rate monitored by Bloomberg also revealed that Nigeria was the second-highest out of 82 countries. A breakdown of the statistics showed that more than 60 per cent of Nigeria’s working-age population is younger than 34. Unemployment for people aged 15 to 24 stood at 53.4 per cent in the fourth quarter, and at 37.2 per cent for people aged 25 to 34. The jobless rate for women was 35.2 per cent compared with 31.8 per cent for men.

These figures suggest that the labour market is already saturated with unemployed persons, and thus, is already competitive for the corps members. It should be expected that corps members are given top priority when looking for jobs, but that has not been the case.

However, the DG had revealed that plans are underway to have a National Youth Trust Fund through which loans would be given to corps members to start businesses after completing the mandatory programme.

Despite the insecurity and unemployment challenges, NYSC has produced some memorable moments as pointed out by the DG. There have been inter-marriages, skills acquisitions, networking and culture appreciation. Ibrahim argued that 75 per cent of corps members are still serving in rural areas across the country and the insecurity challenge is not valid enough to scrap the scheme as proposed in a bill by House of Representatives member, Awaji-Inombek Abiante last June.

Yet, these opportunities hardly stir graduates nowadays as they consider the programme a waste of time. Perhaps, what the government needs to do is to look for better incentives to awaken their patriotism.

As argued by a Fides Publication in May, instead of scrapping the scheme, lawmakers should look in the direction of reforming it. The article suggested that beyond ensuring corps members are protected, the scheme should also provide added value such that it is aligned with the current needs of the country and its participants. It proposed five interrelated areas security, funding, branding, content, and structure — that need to be considered for the overall effectiveness of the scheme. These areas, if properly addressed and considered, it will be a brave step towards restoring the totemic significance of the scheme as intended by Gowon and will impact the major but compromised milestones in the scheme.