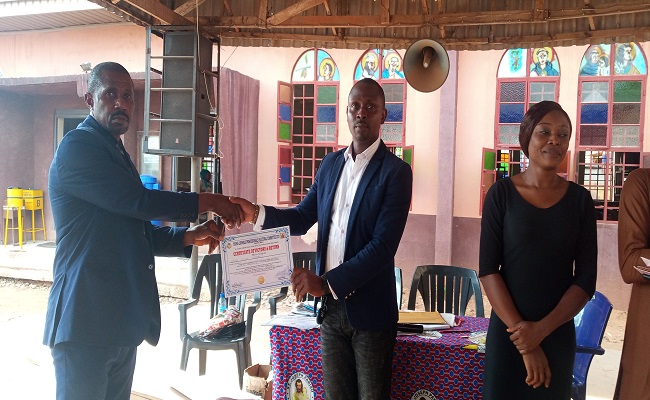 Others elected to serve the association alongside the returned president and the secretary were Genevieve Nzeribe, Vice President, with 53 votes. She defeated Chiamaka Okeke who got 20 votes; Anastasia Okeke, Assistant Secretary, with 63 votes and Stanley Onyetube, Financial Secretary with 47 votes.

In his acceptance speech, the President, Engr Chika Ngobili, said he felt honoured over the massive support which the members of the association demonstrated in his re-election. Ngobili, who promised to justify the confidence reposed in him, as well as continuously carry every member of the association, solicited for more support from all so as to ensure greater growth of the YCP and the Church.

The electoral committee led by Obinna Mbonu as the chairman, and Ifeoma Ezenyilimba, as the secretary, presented Certificates of Victory and Return to each of the ten-man executive.

Fides gathered that the new executive will assume duties in the second Sunday of May, 2021 General Meeting of the YCP.