NFF unfair to coach Mabo, others for Falcons feat in 1999 –Sunmonu

What’s your impression about our present crop of players who you said are young and do you think they can go far in the Nations Cup, World Cup?

Yeah. Because, they seem to be enthusiastic about what they are doing. But what is important now is that people should not always emphasize on how far a team can go, any team can beat any team. What is important at this time is for them to have the perseverance and do the adequate training and preparation, preparation has always been the issue. Which brings to mind the present coach,

The Amokachis of this world did not fall from heaven, he was in Ranchers Bees when Westerhof discovered him, Finidi George was playing at Sharks. Our local league was very strong then and Westerhof was going round different match venues.  Gernot Rohr should do the same because nothing is constant in life. Before Kanu Nwankwo, Ahmed Musa became this famous, they were local based players.

We keep on talking about football development, it has to start today. It shouldn’t be an abstract. Let’s start right away. Let us really sit down and see how we can really prosecute it for the betterment of the game. And that’s the truth. 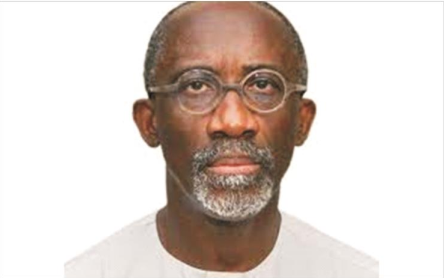 But there is something people don’t  understand and I always ask when I was in football administration, how come these players perform well in their teams but sometimes when they come to the national team they don’t live up to expectation?

The answer is that in their teams, they don’t think about anything else but football. But I’m glad that the present administration of NFF is trying its best.

Are you in support of the argument that the current coach has overstayed his welcome?

Honestly, to tell you the truth, most of the things I see when Nigeria is playing are talents and individual efforts. An average Nigerian player is already talented. All the coach needs to do is to blend. I have been part of the team for almost 10 years of my life as the team coordinator.

The players are already a bunch of talents but this present coach must understand Nigeria is not an average football country, all he needs to do is to do that blending, if he does that Nigeria will go to greater heights.

The crisis rocking the various Federations, what is the way forward?

Well, the way forward is for all to have understanding and it’s also important that we should try as much as possible to always put the round peg in the round hole.  Just like what I was saying earlier, we have people who are patriotic, who have the skill, who know what to do we should try to see how we can encourage them to take the mantle of leadership in some of these Federations that’s the truth honestly, but there’s always a factor and is always painful. I just hope we will get there.

How do you assess the tenure of the Sports Minister so far, are you impressed with his performance?

The present sports minister is a brilliant man. There is no way you can talk about sports without talking about the facility but for the first time the sports facility, that is the National Stadium Lagos, is being renovated and Abuja is also being renovated. I’ve seen some of the clips and it is a good thing, we just have to encourage him. I don’t know him personally.

But I’ve witnessed some of his activities from afar. I’m quite impressed with what he’s doing. But at the end of the day, we all have to work together. The minister should try and bring everybody together because what you know I might not know and what I know you might not know.

What do you miss about your involvement in Nigerian sport?

I will be very honest, I really miss the setting. And I miss the players and miss the euphoria and I miss the Nigerian supporters club, the trumpets, the drumming and all that. The drumming and the trumpet sound good when we are winning, but when we lose it don’t sound so good. I used to play a lot of Bob Marley songs for my team, when I was the team coordinator.

When we lose I play songs like “Don’t worry about a thing, everything will be alright”, and all of them will shout “Mr. Beeeeeee”. I just had to come up with a lot of things to cheer the players up because sometimes it’s like a funeral home when we lose because everybody’s spirit is just down. I really miss that. And I’m praying that Nigeria will get those kinds of quality players again. Don’t get me wrong, the younger ones are doing well, they will get there, you understand what I am saying. But I hope we can get those guys back again because those days when you mentioned names like Taribo West, Jay Jay Okocha, there are something it does in the football world.

And let me tell you one thing they always do, anytime we are going for a match, the players themselves Eguavoen and the rest when we are in the bus, will say listen, these guys have been talking too much, boasting and all that, let’s go and trash them. And you will be surprised that they will actually defeat their opponent. I just want that kind of team with ‘can do spirit’ to come again.

You must have heard of Ben Alaiya’s death, how did you relate as Super Eagles coordinator?

Our brother Ben was a very seasoned and intelligent sports journalist. A man with impeccable integrity in sports journalism. I remember my days with Super Eagles as the team coordinator and anytime he calls or come to our camp he always write the story exactly the way it happened. He does not embellish. He will truly be missed. May God give the family the fortitude to bear his loss. What a great sports journalist.