…’Nigeria is in difficult situation with coach, whose contract is taboo’

The Nigeria Football Federation (NFF) may find it difficult to sack Super Eagles Head Coach, Gernot Rohr, even if they are inclined to do so, a member of the NFF Technical Committee, Elder Paul Bassey, has said.

Bassey, who is also chairman of Nigerian Professional Football League’s (NPFL) reigning champions, Akwa United, said that the NFF has put itself into such a difficult situation that sacking Rohr will come at so much cost to the country and its football.

Speaking newsmen recently, Bassey absolved the NFF technical committee of any blame in the Rohr imbroglio, saying the sub-committee knew nothing about the German coach’s terms of employment. 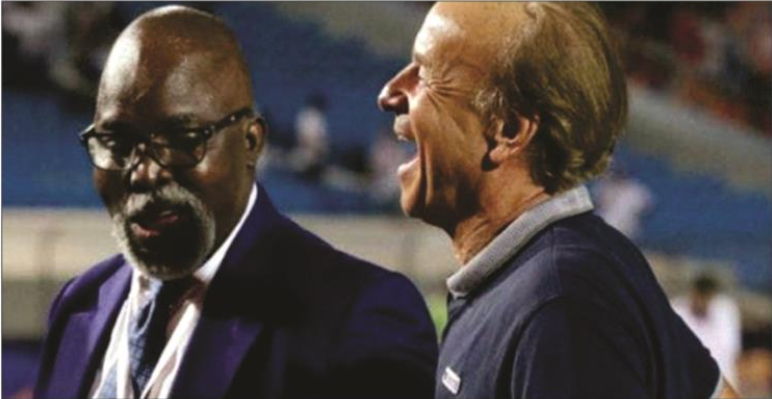 ‘You know that we have individual views on Gernot Rohr as the head coach of the Super Eagles.’

Bassey described the technical committee as toothless, saying, ‘We don’t have the power people think that we have. The coach doesn’t consult us or we cannot change the decisions of the coach.

‘If we had the power, we will like the coach to explain why certain players were picked for the national team.

‘But, we have a situation, where the coach will just bring anybody into the team.’

On the call for Rohr’s sack, Bassey said it would be very difficult call for the NFF.

Although he admits that members of the technical committee do not know the details of the German’s contract, Bassey said: ‘When people talk about the payoff of his contract, I hardly offer my opinion. The contract is a taboo. Maybe, this is me. Other members might have different opinion.

‘We have put ourselves in a situation where sacking Rohr will be very difficult. He has met his target and the situation is tough. Rohr might just go to the Nations Cup and reach the semifinal. If that happens, he has fulfilled part of the conditions his employers gave him.’