First Vice-President of the Nigeria Football Federation (NFF), Seyi Akinwunmi has warned that ill-attitude from fans in match venue won’t  be tolerated any longer. 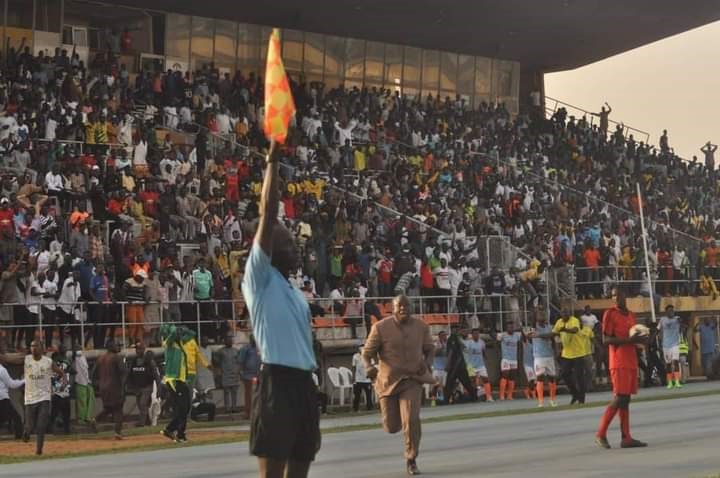 Akinwumi stated this on Friday while addressing participants at the Nigeria National League (NNL) Football Development Summit for Club Administrators and Media, in Abuja.

Recall that last weekend, the game between Kano Pillars and Akwa United, where angry fans bounced on the match commissioner before the game was abandoned.

However, Akinwunmi while addressing newsmen, noted that hooliganism at match venues had affected the progress of the country’s football leagues.

‘We need to stop this attitude of win at all cost. We will also stop this hooliganism or whatever it is. It has gone on for far too long and I can assure you that if people are not careful, they will see themselves prosecuted in a short while.

‘NFF is doing as much as it can, within the ambit of the law. We are speaking with security agencies to support us in terms of enforcement and prosecution. I can’t give a timeline for the eradication of this vice but we are working on it,” he said.

‘We need the help of everyone to educate the public and expose people who are serial instigators of this crime. So, we need the support of everyone, including the media,’ Akinwunmi added.