NFF General Secretary, Dr Mohammed Sanusi, said: ‘To read about the death of Mr Fabio Lanipekun, only days after we celebrated him for reaching the landmark 80 years, was a painful thing. 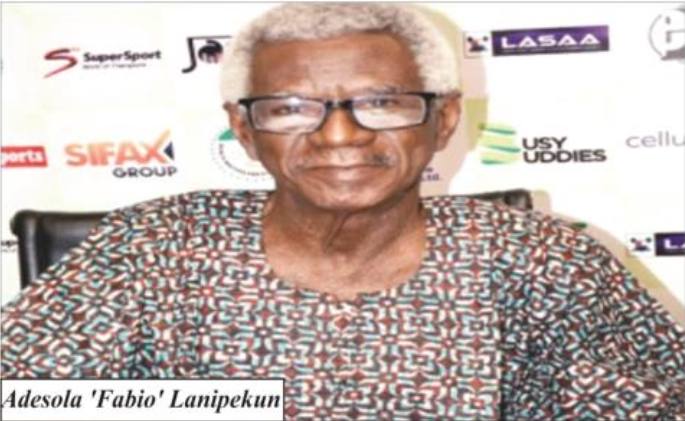 It was hard to believe. We all read the history of how he blazed the trail in sports broadcasting starting from his time at the WNTV in Ibadan, and his distinguished and stellar career at the Nigeria Television Authority.

‘He was an oracle of the industry. We are consoled by the fact that he lived an exemplary, fruitful and fun-filled life. He was a professional to the core and loved his job deeply. We pray that God will grant him eternal rest and grant the family he has left behind the fortitude to bear the big loss.’

Mr Adesola ‘Fabio’ Lanipekun joined the octogenarian club only four days before his demise on the afternoon of Sunday, 6th March.

He headed the sports desk of Western Nigeria Television after studying sports journalism at the Regent Street Polytechnic in London, United Kingdom and later moved to the Nigeria Television Authority, where he attended dozens of major international championships and games before retiring as Manager, Sports of Nigeria’s leading broadcasting house.