The Nigeria Football Federation (NFF) has described as shocking, the passing of one of its former Presidents, Dominic Obukadata Oneya, last Thursday.

Mr Oneya was a retired Brigadier- General and the Chairman of the then Nigeria Football Association between 2000 and 2002. Fides discovered that the football Ambassador passed on at 73.

General Secretary of the NFF, Mohammed Sanusi, who broke the sad news, said he was devastated beyond words because he spoke to the revered former military chieftain Wednesday preceding his death, ‘a matter of hours earlier’, he said. 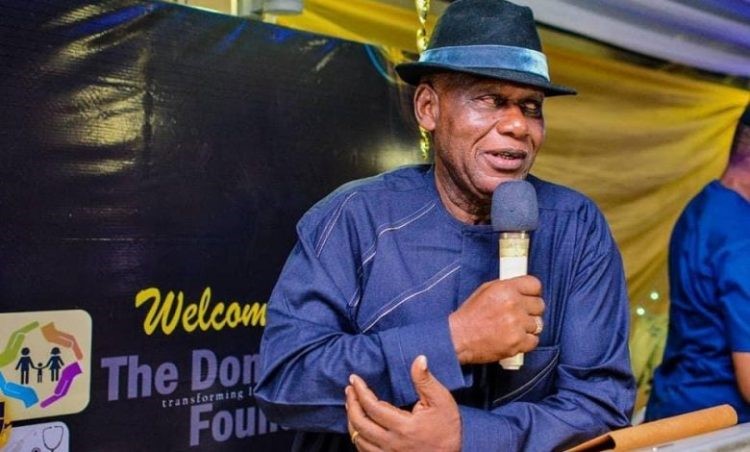 ‘We spoke on Wednesday because I conveyed to him information that the NFF had appointed him as match commissioner for the men’s AITEO Cup final coming up on Sunday in Benin City. He told me he would prefer to drive down to Benin from Warri on Sunday morning. He sounded healthy and full of life. May his soul rest in peace.’

‘General Oneya was a gentleman to the core. Someone you can call at any time of day or night for advice and he would always oblige. His death is a huge loss to Nigeria Football,’ Mr Sanusi added.

According to the NFF, Dominic Obukadata Oneya was born on May 26, 1948.

He served as Military Administrator of Kano State between August 1996 and August 1998, when he was redeployed to Benue State in the same role, serving there until the return of democratic rule in May 1999.

Mr Oneya then served as Chairman of the Nigeria Football Association (now Nigeria Football Federation) between January 2000 and October 2002, overseeing Nigeria’s silver medal-winning outing at the 2000 Africa Cup of Nations that the country co-hosted with Ghana.

After leaving office as supremo of Nigeria Football, Mr Oneya served the Confederation of African Football (CAF) in different capacities, including as a Member of the highly influential Organizing Committee for the Africa Cup of Nations, the NFF said.