He said this following the 3-1 win against Sudan recorded in the Africa Cup of Nations by the Super Eagles led by Augustine Eguavoen on an interim basis.

‘I can assure you that the present Nigeria Football Federation does not believe in Nigerian coaches,’ the former player newsmen. 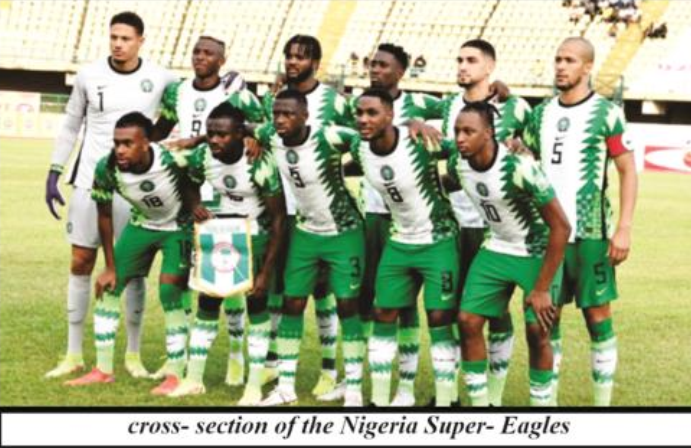 Chukwu who won the AFCON in 1980 as captain of the national team said Nigeria needed to follow the path of World Cup-winning teams, stressing that they are handled by their nationals.

This is as he praised Eguavoen, a former Super Eagles defender, for leading Nigeria into the AFCON Round of 16 in Cameroon.

‘I am happy with what Eguavoen is doing now. Within a short period Eguaveon was given the job, you can see how he has turned the team around. Nigerian coaches can perform even better than foreign coaches but our federation doesn’t have respect for them,’ he noted.

Praising the team, Chukwu expressed the belief that they were going to win the tournament if they continued with their current form.

‘Based on what I have seen, I give thanks to Eguavoen. He has turned around the team. We are now playing as the Nigerian Super Eagles, unlike when Rohr was there. Our game has changed completely and if they continue like this, I can assure you we will get to the final and, if possible, lift the cup,’ he added.