The number of indigenous Catholic priests of Neni in Anaocha LGA, Anambra State, was last Saturday, June 19, increased by one when the Auxiliary Bishop of Awka Diocese, Most Rev Jonas Benson Okoye, at St John’s Catholic Church, Neni, ordained a new priest and a new deacon for the Salesians of Don Bosco (SDB) Congregation. 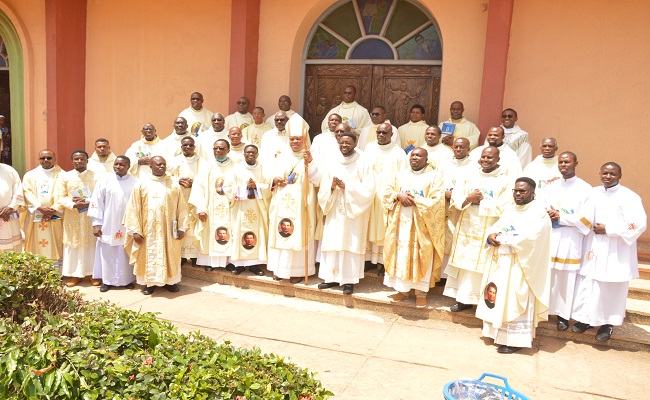 The new priest, Rev Fr Justin Chukwuebuka Oguocha, SDB, a second son of the family of Mr Obinna Oguocha, and the late Mrs Amaka Oguocha of Ugwudunu Village, Neni, was ordained as the 33rd indigenous priest of Neni. While his co-Salesian, Joshua Sixtus Sesugh Pilaku, a native of Gboko in Gboko LGA, Benue State, was ordained a deacon of the SDB congregation at the June 2021 ordination.

During the ordination rites, the congregation that filled the church building stood enthralled as the candidates took oaths of obedience before the bishop, prostrated for the litany of saints, knelt for the laying on of hands and prayer of consecration and invested accordingly. 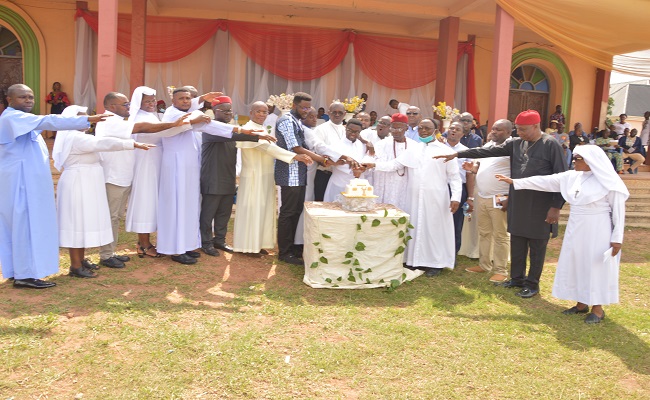 Earlier in his homily, the ordaining prelate, Most Rev Okoye, described priesthood as a priceless gift. He urged the new priest and the new deacon to in humility, uphold the vows which they took, live up to the demands of their vocation and be committed to constant prayer life.

He advised the deacon to believe in what he preached, teach what he believed and practice what he preached, and not to be found wanting in his responsibilities of assisting in Eucharistic celebrations and teaching of marriage courses.

The bishop enjoined the priest to visit the sick, be with them and pray for them, especially in difficult situations, and administer the sacraments to the people as and when due.

He thanked the parents of the ordinands for their gifts to the Church, and advised the families against overburdening them with family problems. 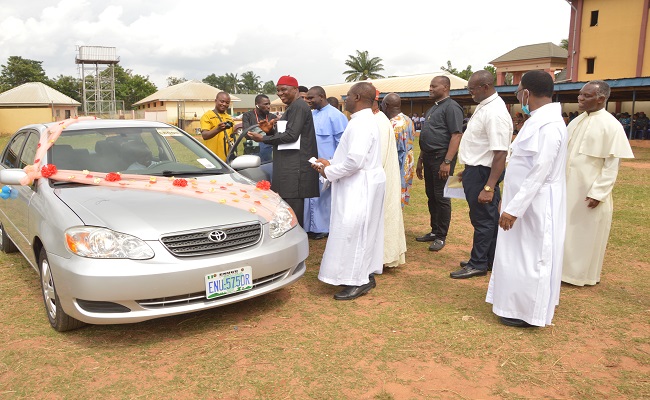 The Neni Catholic Community, in an address that was signed by the Chairman, Neni Central Pastoral Council (NCPC), Very Rev Fr Chudi Peter Akaenyi; Secretary, NCPC Sir Oliver Oyedum, KSJI and Parish Priest, St Joseph’s Parish, Neni, Rev Fr Chris Aniukwu, congratulated her new priest and prayed that his elevation to the sacred priesthood would impact positively on the people and the town.

While assuring Fr Oguocha, SDB, of her prayers, the Catholic community encouraged him to be a good ambassador of Neni, as well as remember the town in his prayers and Holy masses.

In his remarks, the Delegate Superior, Salesians of Don Bosco, Nigeria, Rev Fr Anthony Prince Oche, SDB, said he was delighted to be in Neni for the ordination and thanked the Catholic community for what he described as the great love which was shown to the congregation. 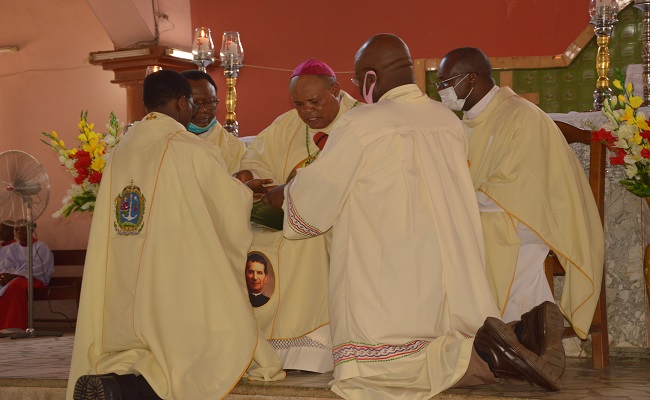 Fides gathered that Rev Fr Oguocha professed his first temporary vows of chastity, poverty and obedience on September 8, 2012 at Mary Help of Christians Parish, Odumase-Sunyani, Ghana, and made his perpetual profession as a Salesian of Don Bosco on May 18, 2019. He was ordained a deacon alongside 13 others on August 16, 2020, at Don Bosco Utume, Nairobi, Kenya, by the Vicar Apostolic Emeritus of Soddo, Most Rev Rodrigo Mejia Saldarriaga, S.J.