It is the law of God that a man should love his neighbour. Quite contrarily, the law of man does not necessarily require that we should love, but that we should not cause harm to another. Negligence is one of the many civil wrongs with a considerable number of suits in our courts.

Interestingly, many persons do not yet know that they have a legal right in certain situations where they could have a case in negligence. According to Kodilinye, negligence is the breach of a legal duty to take care which results in damage undesired by the defendant to the plaintiff. 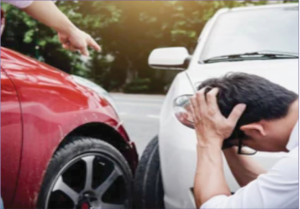 In other words, it is the failure to take appropriate care expected to be exercised in given or specified circumstances. According to Lord Wright, “In strict legal analysis, negligence means more than heedless or careless conduct, whether in omission or commission: it properly connotes the complex concept of duty, breach and damage thereby suffered by the person to whom the duty was owed.”

To succeed in an action for negligence, the plaintiff must establish the following elements:

A duty of care owed by the defendant to the plaintiff

The first question to be determined in any action for negligence is whether the defendant owed a duty of care to the plaintiff.

The rule is that a duty of care is owed in a circumstance where it is foreseeable that the plaintiff will be harmed if the defendant does not exercise due care. Lord Atkin laid down this principle in the celebrated case of Donoghue v. Stevenson. His lordship declared that, 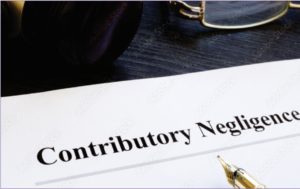 Who, then in law is my neighbour? The answer seems to be- persons who are so closely and directly affected by my acts that I ought reasonably to have them in contemplations as being affected when I am directing my mind to the acts or omissions which are called in question.”

There are instances where it is well established that a duty of care exists. They include:

Breach of that duty by the defendant

The next task after deciding the existence of duty of care is to see if the duty has been breached by the defendant.  To solve this problem, the court considers whether a reasonable man in the defendant’s position would have acted as the defendant did. To this end, the risk factors are employed thus.

Damage to the plaintiff resulting from the breach

Again, the harm occasioned must have been reasonably foreseeable for the defendant to be liable.

Defences to the tort of negligence

An important drawback on the defence of volenti non fit injuria is that mere knowledge of the existence of danger does not constitute consent to run the risk of it, for the question is not whether he knew of the danger but whether he in fact agreed to run the risk. See Smith v. Baker (1891) A.C. 325.