Beyond being an important unifying tool and a platform for youth empowerment, research has shown that sports, also discourages crime and youth restiveness as captured by Christian Okpara

In some countries, sports constitute a top contributor to the gross domestic product (GDP), creating employment for the youths, who, hitherto, would have been lured into crime.

In diplomacy, successful outings at sporting events help in boosting countries’ image apart from helping to change the economic fortunes of athletes. It is, therefore, not out of place that countries, states and communities that understand the importance of sports invest heavily in the sector.

Within the country, some regions like the South West and South-South, as well as some northern states have continued to show more commitment to sports development, because of the economic and social importance of the sector to them. 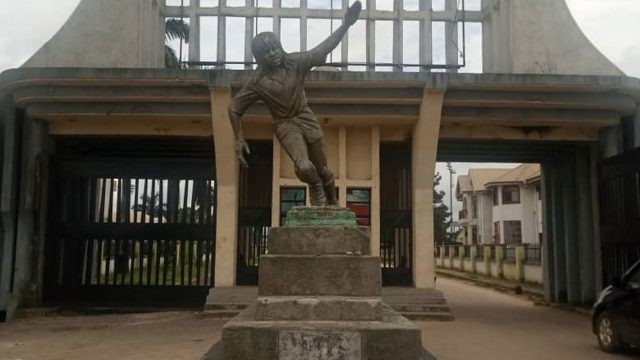 This notwithstanding, other regions, states in the South East especially, have displayed apathy and seem not to care about sports development, and in the process, deny thousands of youths the opportunity to discover and harness their talents.

In the past, the South East states, comprising Abia, Anambra, Ebonyi, Enugu and Imo used to be the hub of sports in the country, where stars were discovered and made.

The sports development platform set up by the late Jerry Enyeazu immediately after the Nigerian Civil War gave the region such stars as Chidi Imo, Innocent Egbunike, the Ezinwa brothers (Osmond and Desmond), Christian Chukwu, Emmanuel Okala, Abraham Tonica, Eddie Ndukwu, Ngozika Ekwelum, Dick Tiger Ihetu, Power Mike and Ben Lion Heart, among others, who dominated their various sports in the past.

Since these great sportsmen retired or passed on, little or no meaningful effort has been made to discover and groom new stars from the region. The zone, once described as the best place to harness sportsmen and women has now turned its back on the sector.

These days, hardly are athletes raised in the region found among the top 10 stars representing the country in big international competitions like the Commonwealth Games, Olympic Games and the All Africa Games.

Although many are bound to argue that great sportsmen and women like former African queen of the track, Mary Onyali-Omagbemi, first Nigerian individual Olympic gold medalist, Chioma Ajunwa Oparah, and one-time number one contender to the World Boxing Council (WBC) welterweight title, Obisia Nwankpa, are all from the South East, it is on record that these athletes were discovered and nurtured by Lagos State, and as such, the South East states cannot take the credit.

According to stakeholders, including experts, the major problem hindering sports development in the South East is the government’s neglect of the sector, with the sporting facilities in dire straits.

The situation is so bad that apart from football, where the traditional Eastern teams like Rangers of Enugu, Enyimba of Aba, and Heartland of Owerri are still receiving the attention of their various states’ governments, not much has been done in other areas.

Even then, while it is true that these clubs could be said to be doing well in the Nigerian Premier League, experience has shown that if well managed they could dominate not only the domestic scene but also continental championships. Some attribute the situation to the poor quality of the management of these clubs.

Many governors in the South East appoint their cronies that are ill-qualified to head these clubs as a form of political patronage. That is why none of these clubs (for many seasons) has made any meaningful impact at the continental level or even dominated the local scene for many years now.

The neglect of sports infrastructure in the zone is aptly illustrated by the state of the once-famous Grasshoppers Handball Court at the Dan Anyiam Stadium, in Owerri.

The facility built by the Sam Mbakwe-led administration in the 1980s was once the best handball court in Africa. Today, it has been left to rot, such that the roof has caved in, just as rodents have taken over some of its appurtenances.

The main stadium, Dan Anyiam Stadium, is also in a sorry state. The stadium, which in the past hosted top continental competitions, is now on its back, and not capable of hosting any meaningful event.

As it is in Imo State, so also is it in Anambra, Enugu, Ebonyi and Abia states. In Anambra State, for instance, Awka, the state capital does not have a stadium or playground with modern sporting facilities where athletes can be nurtured.

Apart from the Rojenny Games Village at Oba, owned by Chief Rommy Ezeonwuka and the FC Ifeanyi Uba Stadium in Nnewi, sporting facilities in the state, noted for producing great industrialists, is nothing to write home about.

The state, under Governor Willie Obiano, is building a modern stadium in Awka, and it was meant to be commissioned a while ago. But with his tenure soon to expire, it is doubtful if the state, the land that gave Nigeria the Emmanuel Okalas, Mathias Obianikas and the Mary Onyalis, would get the stadium under this administration.

The case of Ebonyi State is pathetic because not only does it not have any modern stadium, it also does not have any football team competing in any of the football leagues, including the Nigeria Professional Football League (NPFL), the Nigeria National League (NNL) and the lower competitions.

Abia and Enugu states could be said to be ahead of others with the Nnamdi Azikiwe Stadium in Enugu, and the Enyimba Stadium in Aba. But the Aba Stadium is fit only for football as the other facilities, including the track that produced one of the best sprinters ever to come out of Nigeria, Chidi Imoh, has been destroyed by footballers’ boots and politicians, who often use the stadium for political rallies

The stadium in Umuahia, the Abia State capital, is only a glorified playing field, which also functions as a parade ground, venue for political rallies and church crusades. It is barely good enough to host matches of Abia Warriors, a club side that uses it as its home base.

Enugu, which was once the capital of the Eastern Region, and is still regarded as the headquarters of Igboland, has only the Nnamdi Azikiwe Stadium, built by the Federal Government, to show for its 30 years of existence.

Until the recent governments of Emeka Ihedioha, and the present administration of Hope Uzodinma in Imo State, the state, which prides itself as the “Eastern Heartland,” was only living in the past glory, with football as the only surviving sport receiving government’s attention.

The recent reconstruction of Dan Anyiam Stadium, Owerri, has only had positive effects on football development, but other sports have no befitting facility to nurture the talents in the state.

The poor state of sports shows that either the state governors are not interested in improving facilities that will aid athletes’ development or they are not just interested in investing in sports. This could be the reason they appoint people without requisite knowledge and experience as sports commissioners and administrators.

More pathetic is the fact that more often than not, eastern states do not field representatives at some major national competitions, including swimming, table tennis and tennis championships.

Speaking to The Guardian shortly before his demise, renowned athletics coach, the late Tobias Igwe, popularly known as “Toblow,” put the problem at the doorsteps of the governors, whom he accused of paying lip service to sports development.

Igwe credited with the discovery of many international stars, including the Ezinwa brothers, Davidson and Osmond, Uchenna Emedolu, and Obinna Iroegbu, among others, said that sports in the South East have fallen because the governors are only interested in football. He said the states have allowed other sports to suffer, adding that only games master-type of events are practised in the entire region.

‘The major reason why sports development in the South East is retarded is that the governors are nonchalant about its development. They and their lieutenants are only interested in football to achieve quick political recognition. That is why they invest so much in football to the detriment of other sports.

‘Many of us have come up with suggestions on how to change the situation because we believe the South East boasts talented sportsmen and women, but because we are not politicians, or close to those in power, our suggestions are not heeded. To be continued in the next edition …