For those travelling to Enugu from Anambra or vice versa, the ordeal the people go through at Amansea is an experience to forget. Amansea is a town at the border between Anambra and Enugu States. Because of the terrible condition at a particular portion of the road, travelers are now trapped there for upwards of five hours in a journey that should ordinarily take one hour.

Heavy duty vehicles have often fallen there to further aggravate the traffic situation. This has forced many people to shelve the idea of going to Enugu or coming to Anambra. Yet we know that some people, mostly business people and civil servants, daily ply that route. 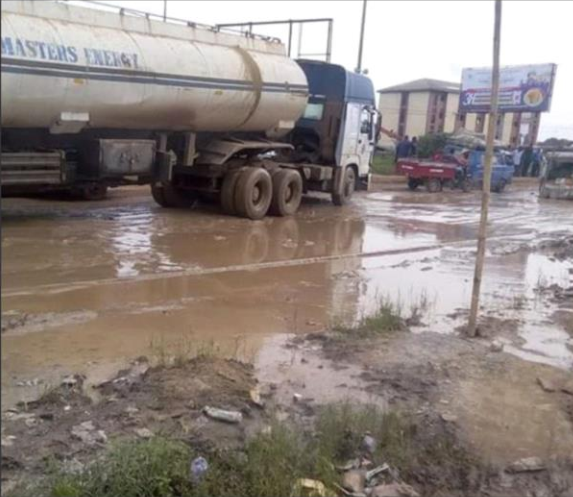 The road in question is owned by the Federal Government who is expected to fix the road. Perhaps this is the major reason why it has been left to further deteriorate. But then, state governments have been known to fix federal roads and apply for refunds.

If this is the case, we wonder why the Anambra State Government has not moved to address this issue. As mentioned earlier, the majority of people who use the road are Anambra people, meaning that they bear the brunt of the hardship suffered there.

Since government is essentially based on making life easier and meaningful for people, one would have expected the Anambra State Government to have quickly addressed this issue which is gradually alienating people from both divides (Anambra and Enugu) from each other.

If the road was exactly at the boundary of both neighbouring states, one would have expected the governments of the two states to pool resources and fix the road from their ends. But the failed portion of the road falls clearly inside the jurisdiction of the Anambra State Government.

This being the case, we believe that the Anambra State Government ought to have reached out to the Federal Government on how to fix the road. Even if the refund will not come immediately, or even not at all, the state government will have derived pleasure from ameliorating the plights of her people.

It just doesn’t make sense for people to be subjected to untold suffering on account of the Federal Government not owning up to its responsibility. The bad stretch of road in Umunya was once very bad until the state government waded in and repaired it, much to the delight of road users.

We therefore call on the Anambra State Government to quickly initiate talks with the Federal Government with a view to having that portion of road fixed and fixed for good. Investors will not come to a place which has no access roads, especially roads that connect states.

Not taking immediate remedial action on this road will mean that Anambra will soon be cut off from Enugu and Ebonyi States and this won’t be good at all.

Let something be done now. The ordeal people go through on that road is excruciating and should be allowed no further.