Need for Decennial and Reliable Population Census in Nigeria

There is plan by the Federal Government of Nigeria to conduct another head-count in 2023. It is good to note that the last head count was in 2006 now over 10 years .It is normal to conduct census on decennial basis that is every 10 years. It is thus more than necessary now and overdue.

The importance of census need to be emphasized for the present and future generations. The comprehensive and reliable head count is needed for this country in National planning and development for the better future of all citizens of Nigeria.

It is a major source of providing reliable and detailed data on the size, structure and distribution of a country’s population. It is of great relevance to the Economic, political and socio-cultural planning of Nigeria. Thus, there is  great need for national head-count;

             To plan for social service and distribute resources effectively to state and local government authorities. 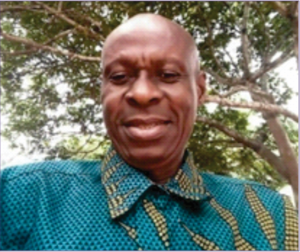 According to Publication from Federal Republic of Nigeria 1991 Population Census Enumerators’ Manual, Census is defined as the total process of collecting, compiling, analyzing, evaluating, publishing and disseminating demographic, economic and social data pertaining at a specified time to all persons in a country or in a well-delimited part of it. Also census can be taken to mean an official periodic count of a population including such information as sex, age, occupation etc.

Nigeria has had a long history of census taking. The first census was in 1886. The censuses of 1866, 1871 and 1896 were restricted to Lagos Island and parts of Lagos Mainland.

The censuses of 1901, 1911 and 1921 covered, in addition to Lagos a few more urban towns in the colony. Most of these censuses were actually population estimates (Federal Republic of Nigeria 2006 Population & Housing Census, Enumerators Manual).

There was another elaborate census conducted in 1952/53 but not simultaneously across the country. The first post independence census in Nigeria was carried out in 1962. This was cancelled and another conducted in 1963.

Thus 2006 census remains the latest official head counts in Nigeria Census taking on decennial basis continued after that of 1871 except for 1941 which was disrupted due to 2nd world war (1939 to 1945). After 1991 census next was supposed to hold in 2001 following principles of decennial census (every 10 years), but it was shifted to 2006. Thus the next supposed to be held in 2011 failed. We are hoping and looking towards 2023.

The three most populous countries in the world as at 2005 were:

Coming down to Nigeria from the latest census of 2006; Anambra State has population of 4.2 million as at 2006 census but presently more than that figure. Kano State has 9.4 million and Lagos has 9 million according to NPC census of 2006 in Nigeria. The largest state in Nigeria by landmass is Niger State and the smallest by landmass is Lagos State. Anambra State has Land Area (Landmass) of more than 4,416 square kilometer.