Leicester City duo, Wilfred Ndidi and Kelechi Iheanacho, are amongst some of the early players to arrive camp for the 2022 World Cup qualifiers against Liberia and Cape Verde in Lagos.

The Super Eagles are billed to face Lone Star in their opening Group C encounter at the Teslim Balogun Stadium on Friday before travelling to face Cape Verde four days later.

According to a post from the Nigeria Football Federation Facebook page, five players arrived the Eko Hotel camp. 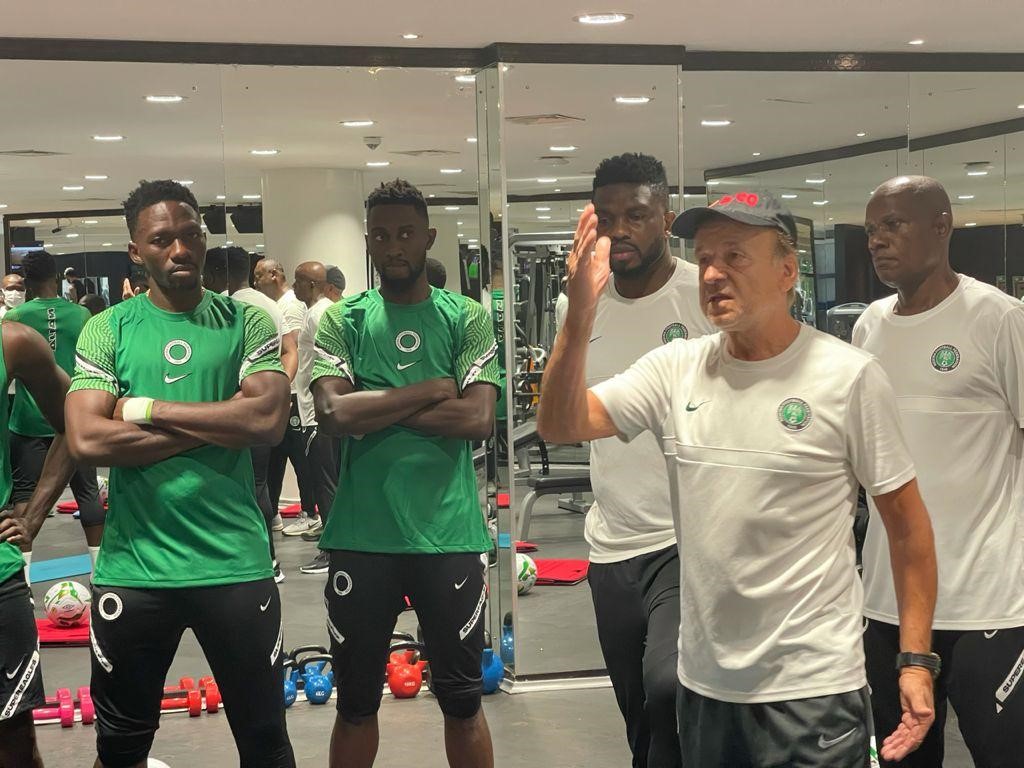 Eagles coach, Gernot Rohr, Thursday, released a 30-man squad for the match including players who ply their trade in the English Premier League.

According to the media department of the NFF, The situation with UK-based players, who may not be heading to Cape Verde (which is on the red list of the British Government with regards to the global coronavirus pandemic) necessitated the large roster.

The UK-based players should the situation remain unchanged, would head back to base after the clash with Liberia at the Teslim Balogun Stadium in Lagos on Friday.

Rohr will possibly be without the services of Brentford midfielder, Frank Onyeka, who is currently recovering after testing positive for COVID-19.