In what has been described as a defence strategy and genuine sporting endeavour for students, the Nigerian Boxing Federation (NBF) has promised to help Nigerian Universities Games Association (NUGA) establish the sport in the country’s universities ahead of the 2024 Games in Jos.

The body believes that including boxing in the NUGA Games comes at a time in the country’s history, adding that it will embark on a training tour of the country’s universities to scout for prospective athletes and coaches.

Speaking at the event, Omo-Agege thanked NUGA for facilitating what he believes is the right move for the growth of boxing in the country.

‘We are excited about this project because the federation believes that this will help us find and groom future champions and bring back Olympic glory to Nigeria,’ he said.

Also speaking at the event, the NUGA president commended the collaboration with NBF as a worthwhile idea since it will allow students to focus energy into boxing, combat anti-social behaviour and provide female students with self-defence skills. 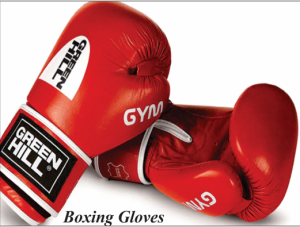 ‘Sports is also a team builder between campuses by building friendship and providing the platform for our students and society to give the students the opportunity to showcase their talent,’ Ogbu said.

Yakasai said NUGA has seen that many students were interested in boxing following a demonstration carried out at the last NUGA Games held in March this year at University of Lagos.

He added that boxing would feature as the 18th medal sport at the 2024 Games at University of Jos, saying it will join other combatant sports such as Taekwondo, Judo and Karate, which are medal sports at NUGA.

He also urged Minister of Sports, Sunday Dare, to back a policy that would make it mandatory for Nigerian university students to be considered for selection for the Olympic Games, Commonwealth Games and the All Africa Games in the future, given the depth of talent at the universities.

Both parties called on the Sports Ministry, public and private sponsors to invest in this venture.