The National Association of Nigerian Students (NANS) on Tuesday protested on the streets of Awka, Anambra State, over the continued closure of universities all over the country.

The protesters who wielded placards gave the Federal Government and the Academic Staff Union of Universities (ASUU) one week to reopen universities or risk having the country shut down.

The chairman of the Anambra State Chapter of NANS, Comrade Peter Onyemaefe, said ASUU and the Federal Government were destroying the future of the youths and the country, noting that such must stop.

According to him, the Federal Government and ASUU were toying with the future of the country by keeping its productive youths idle for months. 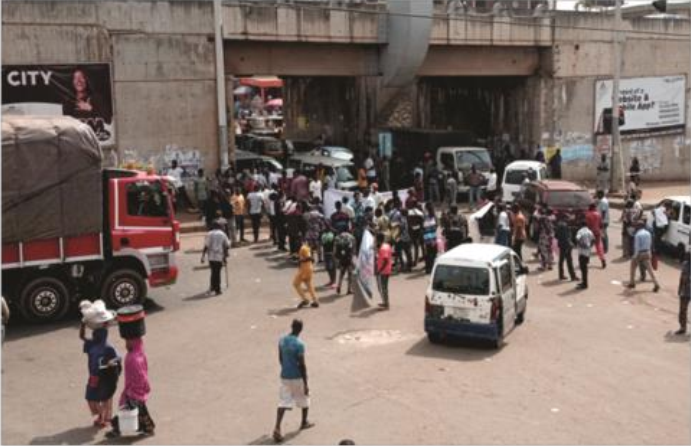 He said it was a shame that for a four-year programme, most Nigerian students now spent six to seven years without hope of graduation, nor any hope after graduation.

‘Students are registering their grievances on continuous strikes in the universities. Every six months or less, there must be a strike in the universities. They are toying with our future. A programme that is supposed to last for four years will last six to seven years.

‘We pay extra house rent, we pay extra school fees, extra feeding allowances because of the incessant strike. Many students are now getting involved in armed robbery, prostitution, yahoo yahoo and many other criminal activities.

‘We are giving government and ASUU one week to resolve their problems or face shutting down the country. We will continue to create crisis until they do the needful. They are playing with us. We are saying no to manipulation. We are saying that we want to go back to school,’ he said.

The students blocked major roads in the capital territory, including the Enugu-Onitsha Expressway, causing a huge gridlock.