My Heart Breaks for you, Sylvester! Rest in Peace!!

Last week was really emotionally traumatic for me as the entire Lekki community, Lagos state, Nigeria and the world at large mourned the painful demise of the 12 year old Sylvester Omoroni of Dowen College, situated in the high brow Lekki area of Lagos Island, who was bullied mercilessly by his fellow students until his heart, mind and body could take it no more.

It’s indeed a sad tale of a young brilliant chap whose life was cut short because of the wickedness of his generation. It all started with a social media post by one Perry Oromoni who simply introduced himself as Sylvester’s cousin, as he posted that Sylvester was beaten up by senior students of the college right inside his hostel, simply because he refused to join whatever cult it was they belonged to. 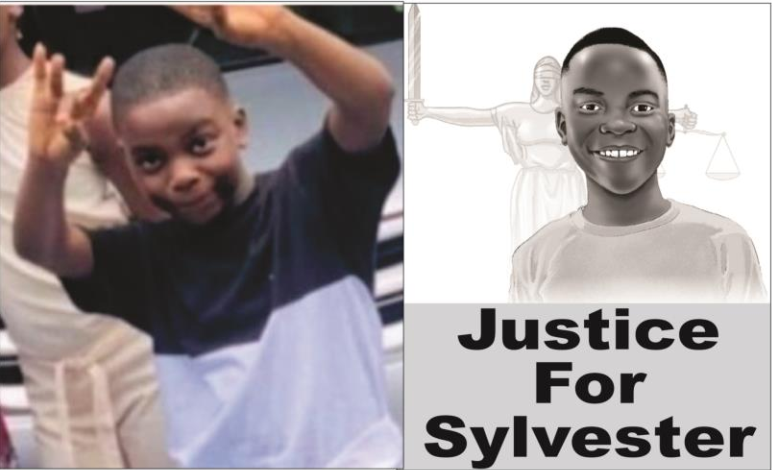 The Management of Dowen College denied the claim and stuck to the story that Sylvester died from injuries he sustained during a football match in the school. I actually wondered what kind of football match would give any player the kind of scars and injuries the young Sylvester sustained.

When I saw the pictures of the young boy covered in bloody injuries, including the one that showed his entire mouth bloodied and dry, it sent chills down my spine. I saw another video clip of the young Sylvester writhing in pains and coughing out blood with his teeth looking broken. Sylvester truly suffered before he gave up the ghost. The image of his innocent face even though he was dead and lying cold still haunts me.

It was the saddest picture I had ever seen in the longest of times. He was dead and lying cold on that bed and even though they had stuffed cotton wool inside his two nostrils, his tears were falling. My question was, what did he do to deserve such a horrific death? What was his crime? What manner of young boys beat their fellow student to the point where he falls into a coma?

What kind of school will comfortably and conveniently cover-up such evil? It is indeed a sad experience that will be very hard for the family of the young Sylvester to forget. I watched the interview conducted by Arise TV where the father of the young boy bared his mind, heart and soul to the world. I watched that interview in tears because I couldn’t stop asking myself how the family of this young boy will ever recover from such shock.

When he was speaking during the interview, one of the things he pointed out that really hurt his feelings, was the image of his son crying bitterly and saying that he didn’t want to die. He repeatedly said ‘daddy, mummy, I don’t want to die’. He also confessed that he did not play football, neither did he sustain injuries from any football match in the school. 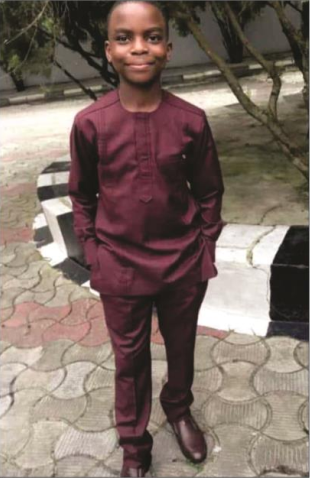 Rather, he was tortured mercilessly by his fellow students whose names he finally mentioned, probably because he knew he was going to die. The young Sylvester said that he was beaten black and blue by them as he lay on his bed, that fateful day. They flogged and beat him mercilessly until he fell down from the bed and they kept matching him right there on the floor while flogging life out of him.

As if that was not enough, they gave him something to drink. They forced him to drink it, but he didn’t know what it was because the lights were off. Recall that the moment they entered his room, they turned off the light before beating him up. Thankfully he was able to see their faces before the light was turned off which made it possible to identify who those boys are.

I want to thank the Lagos State government for the beautiful decision they took by shutting down the school indefinitely. That was a good one. Governor Babajide Sanwo-Olu and his amazing wife have shown that they do not care whose ox is gored in this case. No matter how rich the parents of the perpetrators of this dastardly act are, justice must definitely take its full course.

Speculations are rife that the parents of these boys have flown them out of the country, knowing that they might be picked up by the security operatives who are investigating the case. That is to tell you how much some of us have sold our consciences to the devil. And this is why I will continue to thank Gov Sanwo-Olu of Lagos state for having the courage to close down the Almighty Dowen College, even though he knows that children of the high and mighty are involved. Let the school remain closed till investigations are concluded.

I also stand with the National Association of Nigerian Students (NANS) who have called for the immediate arrest of the school principal and the house Master of Dowen College. They also urged foreign missions in Nigeria to see that those suspects did not gain access into their countries. They did not stop there. They have also formed an 11-man committee to investigate the case surrounding Sylvester’s death so as to bring justice to his family.

When asked why they were involved in Sylvester’s case, they replied that Sylvester was a student before he died and therefore they were obligated to stand by him even in death. I was glad when I read in the news that his parents have demanded for a Coroner’s inquest since the school authorities even up till now are sticking to their claims that the young boy died from complications he got from football match.

It’s a real pity, umunnem. Ever since the Sylvester brouhaha took place, I have read lots of arguments and debates about boarding schools since this incident took place. So many women are claiming that boarding schools are to be condemned and that children should be made to go to day schools because of this incident. I completely disagree with that myopic school of thought.

All my children attended boarding schools and I’m glad that they did because the gains are there for all to see, no matter how myopic one is. If I had to do it all over again my children will still attend boarding schools. I however watched a very disturbing zoom meeting of the Durban College yesterday. It was s parent/teachers zoom meeting where Sylvester’s case was  discussed.

A certain young man, during the meeting, who stated that he served as a Guidance Counselor in Dowen College for 9 years explained that bullying is real in the school and it was really bad because of the way the school buildings were structured. According to him there are no house masters overlooking those kids because of the way the building is structured, particularly in the boys’ hostels.

Once these boys get into the hostels they have the power to do whatever they want to do without being seen or checked by parents by teachers especially as there are no CCTV cameras installed anywhere there. He also stated that the girls hostels was differently built which was why there was hardly any case of bullying on the part of the girls. He gave the impression that he had to resign eventually because of the level of bullying he witnessed in the school.

A particular woman lashed out and condemned him for seeing all the bullying he witnessed for nine years without speaking up. She asked him why he never said a word and she cried bitterly because according to her her son received the same treatment that Sylvester received but that she was lucky that her son did not die. Most parents blamed the young man for being silent over such a serious matter that could have been addressed and saved lots of children the pain of being tortured.

I blamed him too. I however, want to make an appeal to school owners and school managers. It is evil to protect the image of your school over the life of any student. I understand the fact that every school wants to be seen as the best but you cannot be the best if senior students bully the junior ones and make life miserable for them most times while ending their lives sometimes like in the case of Sylvester.

Is it not better to fish out a bad egg so that the other eggs will remain good than to leave one bad egg and let it rot the remaining eggs? Kindly stop covering up for your school, regardless of the status of whoever commits such heinous attrocities, all in the name of answering a good name. The Omonoris will forever be traumatized. It is not just that their son died, but he also died horrifically and unnecessarily.

The life of that family will never be the same again and that is because certain people refused to do what they were supposed to do. I hope we have all learnt one or two lessons from this horrible experience. I also plead with parents especially mothers to be more attentive when their children tell them they do not want to continue with their schools.

There’s always a reason for it. Perhaps if Sylvester’s parents removed him from that school when he insisted, he might still be alive today. Who knows? I can only wish that God will touch the hearts of people who perpetrated this act and make them confess to it so that the family can have closure. I also pray that Sylvester Omonori’s soul continues to rest in peace, Amen