I will start by apologizing for not being available last week. It was one of those times when I realize how helpless and frustrating it could be if your sit before your computer and you are dying to write about a million things, but realize your mind is blank. It was pretty much my dilemma. I had to give up at a point.

The mind is very powerful and I have come to that realization. It controls a lot of what we do and even the things that we find ourselves not doing. Just in case you’re wondering why I feel this way, it all started with a phone call I received on a cold Sunday evening, in my living room as I had my usual Sunday afternoon slumber. It was actually on Palm Sunday. I was in deep sleep when my phone rang. I was torn between getting up to take the call and continuing with my sleep.

I eventually decided to ignore the call. However, out of habit, just shortly before the ringing ended, I sleepily groped for my phone atop my bed and with my eyes still shut, and took the call. As I heard the voice of my elder sister and the way her voice sounded, I knew there was something wrong. The first thing she asked me was ‘are you alone’? That was when I sat up, not knowing what to expect but definitely sure there was something wrong. I assured her I was alone and then, she broke the news that had me shattered till date. The news was simply that Nkechi was gone!

Nkechi was a beautiful girl with a beautiful heart. It is so painful that now I have to talk about her in the past tense. She was married to my younger brother, Obinna. Obi is an equally amazing guy. Little wonder they made a perfect couple. When they got married twelve years ago, Nkechi was immediately loved by everyone. She had this smile for everyone and flashed it at will.

It was such a beautiful smile that showed the genuineness of her heart. She had this simplicity about her that you couldn’t help loving her.  She was so giving, so caring and so committed to family. She was an epitome of beauty. Her beauty was the type that ran deep. She was a true blessing to us all.

Nkechi gave us two beautiful daughters. She gave birth to her first daughter, Natachi, exactly four years after she got married to my brother, Obi. We had waited for four years. So, when eventually she became pregnant, our joy knew no bounds. Thankfully, Natachi grew into a beautiful and intelligent kid who turned out to look so much like her mother, Nkechi. She was christened ‘Joan’. Life was good as she grew up amidst love unsurpassed.

The one thing that she always cried about was the fact that she wanted to have a baby sister. Natachi was particular about wanting a baby sister. She talked about it all the time and at a point, her mother told her to keep telling God about it because.
He always answered our prayers and never failed. It was therefore not a surprise that when Nkechi became pregnant for her second baby my entire family was thrilled. Natachi was overjoyed. Well, nine months after, she gave birth to the most beautiful baby girl with an adorable smile like her mum. She was born on March 17, on the Feast day of St Patrick.

It was a day that my entire family rejoiced like never before. She was healthy. Her baby was healthy. My brother, Obi was ecstatic. Natachi was super elated. How were we to know that our joy would be short lived? How were we to know that death was around the corner? Anyway, the new baby was named Chetachi. Just like her big sister, Natachi, she was beautiful as beautiful can be.

Life went back to normal for Obi and his family and our entire family were already discussing how much fun we would have during Cheta’s dedication. I was already planning to take a weekend off to visit Nkechi and the baby and had called her to promise I would bring her lots of goodies for the Omugwo.

Again, how was I to know that death was lurking in the shadows and sneering at me? On the day before she died, I spoke with her and we talked as we always did and had a large dose of laughter. Thinking back now, if I knew she would die the day after, I still wouldn’t have done anything differently. I would still have laughed and talked and made plans with her an hung up, like I did.

You can then imagine how shocked I was to hear that she was actually dead and gone forever.

How did Nkechi die? She was breastfeeding her baby one minute and next minute, she was dead right there on the couch. Just like that. Thinking about it right now makes me really mad. Nkechi didn’t deserve to die. She loved her husband and two daughters. She loved her husband’s family. She loved her aged parents and siblings.
She loved her life generally and was super grateful to God for how well she has been doing as a daughter, mother and wife. She truly deserved to live. I refuse to believe in what people say about her death being God’s plan. How can that even be true? Nkechi waited on the Lord for 8 long years before God blessed her with that adorable child.

How can anyone tell me that God doesn’t want her joy to be complete, because if anyone says that it is God’s wish that she died now, barely two weeks after she gave birth to her child, then it means God isn’t whom I think He is!

I have honestly searched my heart of hearts for answers to so many questions vibrating in my inner recesses. I am yet to find answers to them. I have accepted her death, hard and painful as it is. I have come to terms with it. We have also buried her just last week. I only pray that God will take her in as one of his angels.

I know she will make a good one. She will be a prayerful, kind, loving, doting and giving angel if given the opportunity. Nkechi was too good for this world. Her daughter, Chetachi was christened Sabrina. That was Nkechi’s Baptismal name. We hope she lives in her daughter, Cheta.

My prayer is that God will protect Obi and his daughters from premature death. I hope that Nkechi, whose life is all about sacrifice at every point has actually died prematurely in place of every member of our family. May her death be the last untimely death ever to be experienced by the family. May she continue to watch over us like our very own guardian angel. May God not hold any sin against her.

May her parents be comforted. May her only surviving sister, Ngozi be consoled. May the emptiness my brother feels and the vacuum Nkechi left, be filled by God’s abundance grace.

Finally, May Natachi grow in God’s fear and grace. May she be a mother and sister to her sister, Chetachi. May their father, Obi, continue to look up to God who is the wife of the widower, for there lies his strength to handle the task ahead. Rest in peace, Nkechi. You will forever live in my heart. Ya diba!!! 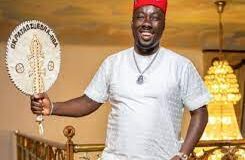 Cubana Emerging Oba Economy the Rest of us

The Jungle in the Justice 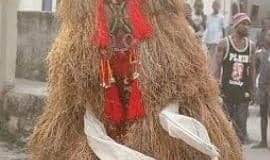