I am a typical Lagos thoroughbred. I was born and raised in that city of great opportunities. Growing up there was beautiful and the memories still make my day, just remembering them.

Let me spare you all the details of my childhood. Bottom line is that I won’t have it any other way. Oh well, I left Lagos and all the splendour, beauty, even hustle and bustle of the city in my teenage years, when I walked the marital path and found myself in Anambra State where I eventually settled down with my own family.

Ever since, I only come to Lagos on short visits when my job allows me, or on transit  to other places. Either way, it’s a town where I like to relax, have fun and ‘catch cruise’ like my children will say. So, it’s funny when people ask me questions like, ‘how do you enjoy Lagos with all its noise and craziness?’ 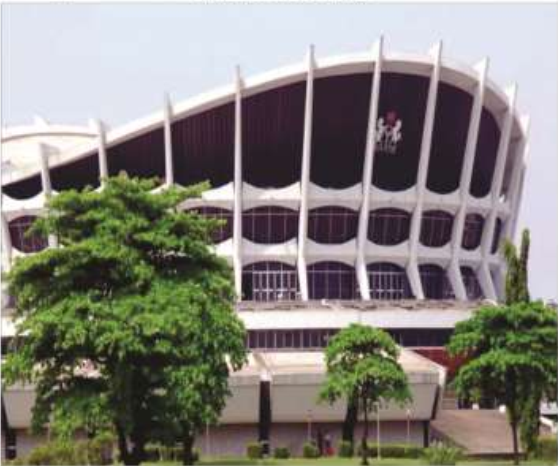 They ask how come I don’t mind the crazy traffic that is so frustrating, especially to people who do not reside in Lagos and are not used to it. I just laugh and tell them I won’t have Lagos any other way. What can I say? I will always see Lagos as a haven. A sanctuary of sorts.

A home. My safe place. It’s just a place I like to run to when my batteries are down. It’s a crazy town, no doubt with all the loud Alaiyes and Agberos and bus conductors screaming their heads off even when they’re talking to the person standing right in front of them. I guess that’s part of what makes Lagos what it is. Lagos won’t be Lagos without its craziness.

It is one city where you buy everything you want in the traffic. Belts, Portable wardrobes, clothes, phones, hair extensions, even body creams and toiletries. It’s really funny when you sit back and think of it.

The only thing I’ve told people is to learn how to flow with the tide wherever they find themselves. If you live in Lagos and you have to be at work by 8am. All you need  to do is, you leave your house early in order to beat the traffic. So many people have survived living in Lagos because they have studied the town and found out ways to survive in the town.

In my days as a reporter with the Radio Nigeria at Martin Street, Lagos in the early 90s, I used to leave the mainland by 4.35am.

Back then, I would jump Molue buses from Oshodi to Idumota and trek all the way to my office. I always got to work early enough to even catch some sleep before other workers would saunter in, especially those that lived close-by.

It was a way of life and a part of our daily existence as Lagosians, so we never saw it as a problem or as a challenge. It was a life we were born into and we were okay with it.

So when people talk about Lagos and complain bitterly about the craziness and the traffic and the congestion and the noise, I don’t know how to tell them that all those things interwoven make Lagos what it is. When you remove them, then it’s no longer Lagos.

I now prefer to book my Uber rides and relax in the comfort of the taxi and pay for my comfort. I realize I will rather stay in the island and have less noise around me then be in the mainland where I grew up and where I used to feel so much at home, even with all that noise and craziness.

Don’t get me wrong, Lagos will always have that craziness about it but I think the true Lagosians are those that have studied the city and know when to move and when not to move. A true Lagosian knows that it is wisdom to leave the island by 10:30 p.m. for the mainland and do the journey for 30 minutes as against doing the same journey by 5:30pm for 4 hours.

I had an event over the weekend in Lagos and the party started immediately after Mass by 1:30pm. A lot of people missed most part of the party because they assumed that because it was on a Sunday, there would be no traffic. To their utmost shock, they were in the traffic for over 6 hours. By the time they arrived, the party was almost over. They were filled with anger and complained endlessly. That’s my good old Lagos for you!

My young daughter Nkechi who is serving in Lagos lives and works at the Island and I was really impressed about her experiences she shared with me about leaving early and avoiding traffic. I encouraged her to keep it up. That’s what a smart person does. You study the town, understand it and live by the rules set by nature itself.

If I’m asked to make a choice over again about where to settle down, maybe I will not go for any other place. Who knows? Maybe I will still choose Lagos. I love Anambra. It is a town that favoured me and favoured my family. Career-wise, family-wise, socially and every other way, Anambra has been everything I wanted it to be for me, ultimately.

Who knows maybe my name wouldn’t have been heard in the good old city of Lagos if I had chosen to settle down there, because of its size. Just saying. Just musing. Anambra gave me an Identity. A name. A standard. For that I remain eternally grateful to the Almighty that my name can’t be said to be unknown in a town I have lived and worked and raised a family.

Yeah!!! Uche Amunike is a name I have guarded jealously as a mother and career woman for 29years and counting and I’m glad it is associated with integrity, poise and dignity. So, I’m glad I can finally say this with confidence. Anambra has been good to me!!!

As I end this piece, I doff my hat to the great city of Lagos. The city of my birth and youth. The city that formed me and set me right psychologically and mentally. I won’t have Lagos any other way, honestly. I will always love the city with all it’s craziness, hustle and bustle. I will always see it as home! I will always be glad to visit too. I pay allegiance to the Obas of Lagos.

The custodians of the great cultural heritage of Oduduwa and all the other ancestors of that great land. I thank them for all their protection whenever I step foot on their soil. I pray they favour my children resident on their soil and bless the work of their hands too. What else can I say? God bless My Good Old Lagos!!! Eko Oni Bajee!!!!!!