My Experiences with Banks and Banking Frauds

Some personal experiences in the recent past have given me reasons to be extremely bothered about the credibility of the banking institutions in Nigeria. Most times, focus is placed on identifying financial crimes perpetrated by fraudsters. However, it is worrisome to note that little or no attention is paid to some individuals who have been employed to provide services in banking institutions yet are at the forefront of committing grievous financial crimes.

I believe that if a poll were to be conducted, asking Nigerians to share their experiences on how their funds have been mismanaged by banks, the outcome would be highly embarrassing. A friend of mine once shared how he received a debit alert of about NGN1,500 from his bank for debit card maintenance. 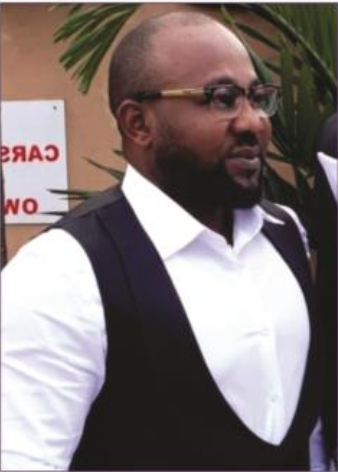 The plot twist is he didn’t have such card at the time with the bank. This spurred him to call the Customer Care Unit and he was told that the debit alert was an error and would be refunded. Indeed, he was refunded but this is so unethical. Does it mean that banks no longer have a correct database, showing details of those who opted for debit cards? This also suggests that there is a high chance that most customers may have been debited under the same circumstance without them asking questions or seeking a refund.

I have had about NGN6.00 deducted from a personal account that recorded no transactions in about a month, without any reasonable explanation. It could be that someone in the bank might have decided to conduct a deduction spree for an amount no one would consider significant. One may feel our financial institutions are relatively fraud-free but think of the millions of innocent Nigerians who have fallen victim to such subtle menace. This is pathetic!

There is the trend of receiving several alerts of stamp duty charges in a moment. This would be a long time after a transaction period. How many people have taken time to compare the stamp duty debits received to the actual transactions performed? If the system is programed to deduct charges once a transfer is initiated, why does it seem like a herculean task to replicate same for any stamp duty charge since it is a standard? Without doubts, this is a flawed operational process.

As weighty as a court order is, it is rather unfortunate that it is not always enforced. I know of a close acquaintance who had such experience and reached out to the apex financial institution in the country, the Central Bank of Nigeria (CBN) and till date nothing has been done to reverse the situation. It seems action is only taken seriously when the banks are directly affected but the common man is abandoned to his fate. Such an unfortunate system!

Now, here is my story. On the 14th of September, 2021, I received a notification from a bank, name withheld, that a new internet banking application had been launched and as their esteemed customer, I was advised to install for upgrade. I noticed that after installation there was the unusual process of the application automatically creating a mobile wallet for the account.

I tried using my card afterwards but it wasn’t functioning, I decided to pay for a service rendered to me via transfer, using the application without success. Subsequently, I could no longer log into the application to access my account. I reached out to the Customer Care representative and was reassured that it was routine procedure and the account would be active in no distant time. He stated that the policy during onboarding of new applications, was to restrict transactions in such accounts within 24hrs for security purposes, to ensure the account owner is the person truly performing the transactions.

The login error continued into the next day and I had no choice but to visit the nearest branch of the babnk. On arrival, I was informed that the systems were experiencing a network glitch hence, the difficulty in accessing the application.

According to the representative who attended to me, it was a general challenge. During that period, complaints from customers ranged from having failed transactions to malfunctioning or even disappearance of the mobile wallets (a bank rep even told me hers was also missing from the mobile app).

After some days, I gained access into the bank’s internet banking app however, no transactions could be performed. It is important to state that the two sterling accounts I have and the mobile wallet created are integrated into the application. In order to ensure the system had been restored, I tried to transfer some money between two of the bank’s accounts and even the mobile wallet, but all to no avail.

A few days on, precisely on the 20th of September, 2021, I received a debit alert of NGN132, 335.58 which was the amount in one of the accounts. Apparently, it was a deduction for a transaction that was performed during the network glitch. I raised my concerns and the customer care representative apologised and promised to look into it. Another weird observation was that the account balance was in the negative, showing I was owing the bank over NGN167, 660.15.

I became a constant caller and the bank’s representative never failed to create a case for me with the unending promise to resolve the issue. Sadly, the resolution they came up with was to send a signal to other banks to block my account. As surreal as this sounds, this was my reality. I got information from other banks I have accounts with that the bank in question had watch-listed my BVN and that had led to the blocking of all my accounts regardless of the bank.

I complained again and the bank’s representative suggested that I credited the account with NGN167, 660.15. I expressed my concerns about such an unusual suggestion and was informed that although I had been notified that the transactions were unsuccessful when the network glitch occurred, all transactions had been approved and it was about NGN400, 000. He assured that once I obliged, the issue would be rectified AND ALL THE MISSING FUNDS SHALL BE SENT BACK TO MY ACCOUNT.

To ensure I didn’t serve as an obstacle through the whole process, I obliged and credited the account with 200, 000NGN. Immediately, NGN167, 660.15 was debited, leaving a balance of NGN32, 339.85. At this point, both the account the money was sent from and the mobile wallet had less than NGN7.00. Also, all my accounts remained blocked.

All these happened at a time two elderly members of my family were in critical conditions at the hospital. One was booked for an eye surgery and the other, transplant. The deposits for their health needs could no longer be accessed because of the situation at hand and unfortunately, one of them died.

All efforts to understand why other bank accounts were affected proved abortive. The only recommendation was to sort out the issue I had with the bank. Consultations were done and the representative at the bank promised that the account would be active in 30 minutes, this came after so much pressure. True to his word, the account was activated. The account with the balance of NGN32, 339.85 was intact but I had to test it by asking friends to pay into it.

The irony remained that only the bank’s accounts were working while all other bank accounts, including my corporate accounts, were blocked. The account officers across other banks insisted that my bank had to officially write them to lift the ban. The bank claimed that they had written to CBN to remove my BVN from the watch-list but that had not been implemented. My fear was the routine long process taken by government institutions in engaging the right action.

My fears were confirmed when in November, 2021, I called back the bank representative to understand why other accounts were yet to be unblocked. His response was that they had written to CBN but nothing had been done. I also wondered what happened to the 400, 000NGN erroneously debited during the system glitch in September and he replied, saying he had no answer to that.

After this call, I tried logging into the application and I realised I had been blocked again. I have written to the bank; yet no response. I have engaged the services of a lawyer to write to the Management of the bank but the silence is deafening.

I have also threatened to go to court but on a deeper reflection, would there be any change? CBN, without due diligence, watch-listed my BVN and hasn’t considered reverting. It is difficult to blame them when it is almost impossible for court rulings to be implemented. Is CBN only result-oriented when the high and mighty are gravely affected? Is it because I am a common citizen who is genuinely making ends meet? What exactly is my offence?

Some weeks ago, there was the news of some staff members of one of the banks who fraudulently embezzled millions of naira from customers’ accounts. Isn’t it burdensome to think that people who ought to offer one financial security are the actual financial assassins? I remember a while ago when I opened an account with a certain bank and I got a call few hours later from fraudsters informing me of the details I submitted at the bank. It’s scary to think that our financial institutions, saddled with the responsibility to secure sensitive financial data of customers, are so porous and can lead to irreparable damage if nothing is done.

This brings me to the logical conclusion that the banking sector in the country needs a deep level of sanitization. Going to court may increase the level of oppression because the bank may have access to the best SANs to judge the case but I hope to fight for my right. I lost someone to this issue and it would be unjust to let this slide.

Without doubts, to think that only angels exist in our financial institutions is immoral. Till date, all my accounts remain blocked. That is 7 months on. What is the fate of the common man on the streets? I feel strongly that so many financial crimes must have taken place during the system glitch.

There is also a possibility that there is a cartel that consistently works to defraud people and as soon you raise concerns, the best option is to watch-list your BVN in order to silence you. If this is not the case, why hasn’t the bank responded to any of all the letters? Let it be known that only one bank reached out to inform me of the blocked accounts, others implemented the ban without due notification. What happened to customer relations? There is so much rot in the system and there is no better time than now to address it.

This is my story! Who is next?