Ordained a Catholic priest on April 19, 1970 by Francis Cardinal Arinze, for the Old Onitsha Archdiocese, and later a priest of Awka Diocese at creation in 1977, the first Administrator of St Patrick’s Cathedral Awka, Very Rev Msgr Prof John Paul Chukwuemeka (JPC) Nzomiwu, on the occasion of his Priestly Golden Jubilee Anniversary, held on New Year Day, January 1, 2021 (the Feast of Mary Mother of God), gave some cash donations to the poor and to the choir. 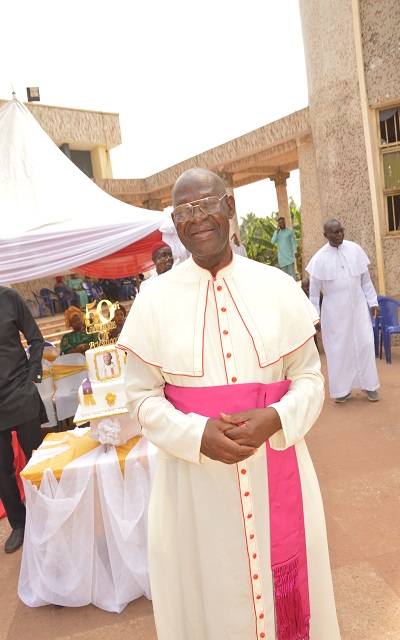 In his remarks at the event, held at his home parish, St Mary’s Catholic Church, Nnokwa, Idemili South LGA, Anambra State, the silver jubilarian, Msgr Nzomiwu, said the cash donations to the poor were his golden jubilee gifts to the poor who were selected; five persons from each of the five zones of the parish.

Leading in his Golden Jubilee thanksgiving Mass, Msgr Prof Nzomiwu, who equally gave some cash donations to the choir of St Mary’s Parish, Nnokwa, to encourage them in their services to the Church, thanked God, for his grace and sustenance for the past fifty years and eight months he had spent in the Catholic priesthood.

Speaking to Fides, the golden jubilarian, who also served as the first Chancellor of Awka Diocese, as well as the first chaplain and later the first parish priest of Annunciation Parish, Awka, for close to two decades, described his priestly golden anniversary as the celebration of the work, gift and grace of God.

According to him, the grace of God had kept him alive and had sustained him for the past 50 years he had celebrated Holy Masses, baptized many people of God and heard the confessions of many faithful as a Catholic priest.

He thanked God that he served in various areas of the church such as cathedral administrator, diocesan chancellor, chaplain, parish priest and educator.

Fides gathered that Msgr Nzomiwu, who retired as a professor from the Faculty of Arts, Nnamdi Azikiwe University (NAU), Awka in 2007, was the first Head, Department of Religion and Human Society, and first Dean, Faculty of Arts, Chukwuemeka Odumegwu Ojukwu University, Anambra State, that was created in 2012.

He was ordained the second priest of Nnokwa Town, and was the third Idemili indigenous Catholic priest to have celebrated his priestly 50 years anniversary alive. 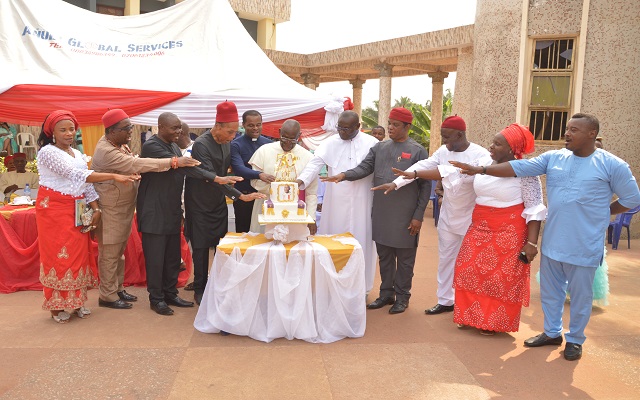 In his homily of the Holy Mass, the Vicar General, Catholic Diocese of Ekwulobia (CADEK), Rev Fr Prof Anthony B.C. Chiegboka, described the celebrant as a great gift to the Church and humanity as well as a great mentor to him and many others.

Pointing out that Msgr Nzomiwu taught priests the power of collaboration, Rev Fr Prof Chiegboka, who is also a professor of Department of Religion and Society, NAU, Awka, observed that the celebrant was among the last of the first generation of priests.

The homilist, urged the priests to take up the battle of faith which Msgr Nzomiwu handed over to them, so as to save the future of the Church. He enjoined the laity to pray for and support their priests.

Fr Chiegboka commended the members of Nzomiwu Family of Nnaku Village, Nnokwa, for the support and encouragement which they gave to Msgr Nzomiwu; the only surviving child of his late parents, and Nnokwa Catholic Community, for the celebrating the priest.

In an interview with Fides, the parish priest, St Mary’s Parish, Nnokwa, Rev Fr JohnBosco Ezika, termed Msgr Nzomiwu as an icon within and outside the community, wishing him God’s continuous sustenance and more healthy life ahead. 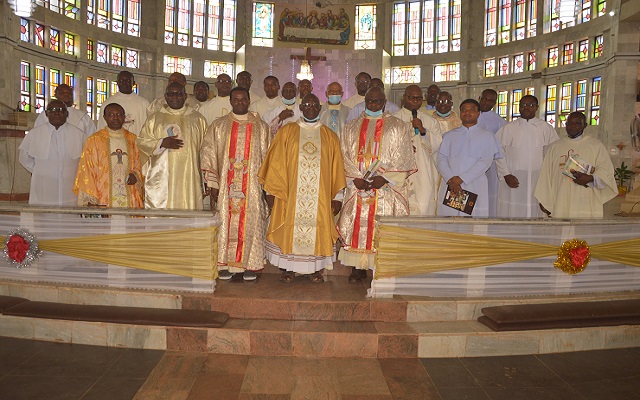 According to the parish priest, the community looked up to the celebrant, who was ordained 17 years after the ordination of the then first priest of Nnokwa, the late Archbishop Stephen Ezeanya.

Among others that graced the event were the Catholic Bishop of Awka Diocese, Most Rev Paulinus Ezeokafor, who was represented by the chancellor, Rev Fr Francis Chidume; two former parish priests of St Mary’s Nnokwa, Rev Msgr Basil Nwazojie and Rev Msgr Simon Amateze.