The Bishop of the Catholic Diocese of Ekwulobia, His Lordship, Most Rev Peter Ebere Okpaleke, among priests of both Awka and Ekwulobia Dioceses, last Tuesday, 15 February 2022, celebrated with Msgr Prof. John Paul Chukwuemeka, J.P.C Nzomiwu as he marked his 80th Birthday. 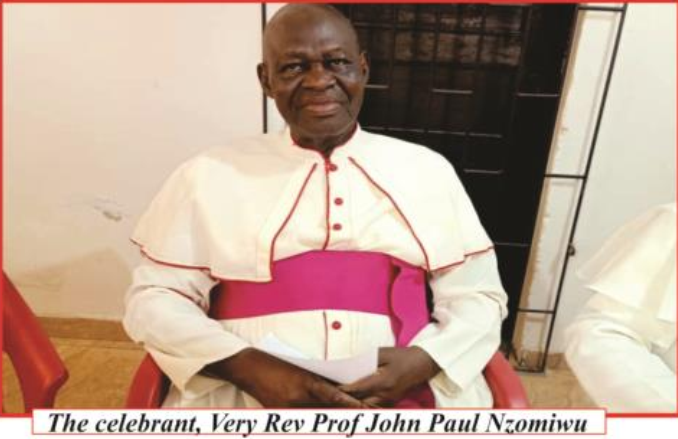 The birthday celebration that was held at St Peter’s Catholic Parish, Oko in Orumba North Local Government Area of Anambra State, was organized by priests and lovers of the Monsignor whom, they said, groomed many people. The event which began with a Holy Mass was rounded off with a reception at the Multipurpose Hall of St. Peter’s Oko.

At the reception, priests, in line with their goodwill messages, eulogized the celebrant for his contributions to the teachings of the Church and the training he had given to priests in his years of active service.

Bishop Okpaleke in his remarks, described the celebrant as a priest who had worked hard in the mentoring of younger priests and even the lay faithful, and who discharged his apostolic duties effectively. His Lordship also said the celebrant was reaping the fruit of mentorship which he sowed in priests during his active years.

The Chancellor of the Catholic Diocese of Awka, Rev. Fr Francis Chidume, in his remarks, also described the celebrated professor as a priest who had proved himself in his vocation. Fr Chidume further described Msgr Nzomiwu as obedient, accountable and accessible. 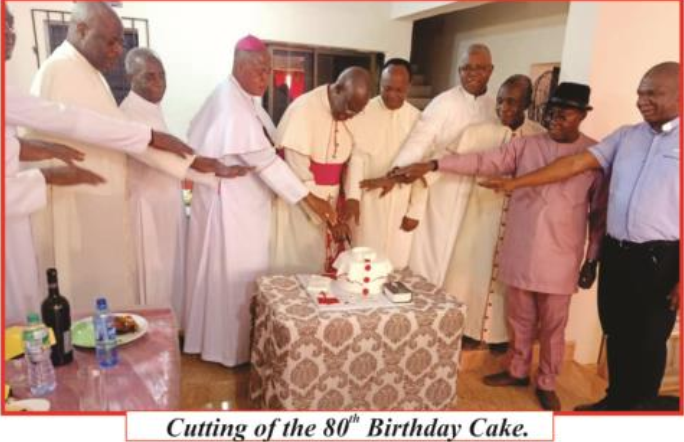 For his part, the celebrant, in appreciation of what he called a befitting birthday celebration, thanked Bishop Okpaleke for making out time to celebrate him. He thanked, especially, priests from Awka and Ekwulobia Dioceses for coming out in their numbers to honour him.

The celebrant also appreciated the efforts of the Vicar General of the Catholic Diocese of Ekwulobia, Rev Fr. Anthony Chiegboka, for organizing and raising funds to ensure the success of the event.

As a birthday message, the revered Monsignor charged priests and the lay apostolate to engage more in their Catholic apostolate, noting that many youths were drifting from the Catholic norms and embracing paganism.

Highlights of the event were cutting of the birthday cake, gift presentations and dance.