Mr Livinus Odili, a farmer went into forming business in his town

When Mr Livinus Odili, a farmer, went into forming business in his town, Nteje, in Oyi Local Government Area of Anambra State, little did he know that investing among his people would disorientate his life.

Today Mr.Odili Ikechukwu has fled for safety for fear of his life, following threats by some people he describes as political generals who are after his land and who are believed to also be his political adversaries.

Mr. Livinus Ikechukwu Odili lamented, ‘My crime was venturing into farming in my home town and my unwillingness to belong to a political party because of my Christian beliefs.’

Odili who is no longer in Nigeria had escaped many assassination attempts by those he called political lords and their agents. He said his farm manager, Mr Matthew Nwankwo,who was kidnapped from his farm on the 7th of November 2019, is still missing. 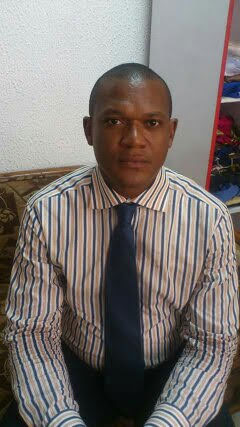 But to worsen matters, Nwankwo’s family are also demanding that Odili should produce their son.

Odili laments that his property and equipment have also been destroyed, making his life one big torture.

Confirming his situation, the town’s president general, Chief B. Chukwueze, said that he and his members visited the farm to confirm the extent of damage and saw that it was much. He also acknowledged that Odili’s situation was dire.

Chief Chukwueze said, ‘We the Igwe-in-Council are aware of the challenges he has been facing over the years in the hands of authorities. I have visited his farm and home to see for myself the level of destruction.
‘I have advised that he must not return home in the near future, considering the fact that the same party will remain in power for at least another four to eight years.’

It will be recalled that on January 13, 2020, hoodlums had attacked Odili in the village on his way home. They threatened to wipe his family out, forcing Odili to flee to Lagos. But even in Lagos his ordeal had continued, as, on January 25, at about 4am, hoodlums whom the police described as hired assassins, tried to gain entrance to his apartment at Fadiya Street off Alapere, Ketu, Lagos.

Odili had earlier, on 20 January 2020, lodged a complaint to the Divisional Police Office at Alapere that he was nearly assassinated on his way home along Ikorodu Road at about 6:30pm.

The Divisional Police Officer at Alapere Division, Gregory Ikpekhia, confirmed the report and said surveillance was being mounted on Odili’s home.

Odili said during the January 20, 2020, attack, his assailants had boasted to him that they had government backing and that they would wipe out his family.

Now, given his incessant harassment and threat to his life,Mr Odili is crying as he has been forced to escape from Nigeria for safety.