There may be no end in sight for the persistent cult clashes in Awka, the capital of Anambra State, Fides findings have revealed.

This is as known sponsors of cult groups in the capital city have remained untouchable, even as some of them have been identified to be top members of a ruling party in the state, while others are known to have the ear of the state government and have been involved in the sponsorship of political activities.

Investigations in Awka have shown that just as the security operatives are working hard to contain the activities of cultists, more people are on a daily basis being recruited into cult groups in the state, with the Vikings said to be the most popular and highly populated among them. It was gathered that even though there are bigwigs in the cult group, the larger population of members consist of young men and women; some students, others artisans, and far too many of them being Keke riders.

A tricycle operator who spoke to Fides in confidence stated that cult activities were very rampant among tricycle operators, as most of the young men who operate tricycles in the city are members of one cult or the other.

‘You will not understand the war that is going on among cultists in this town. Some big men who get revenue from Keke operators are not happy that some people want some part of Awka to be given to them to be collecting toll from Keke riders, and once that happens, it will automatically reduce the revenue of the main man, and that is what has been causing all these killings for years now,’ he said.

Since 2019, there have been persistent killing of young people, perceived to be cultists by members of rival cult groups. The tempo of killing however increased in 2020, especially after the #EndSARS protests when police operations were stalled as a result of attacks. The killings have however continued into 2021. 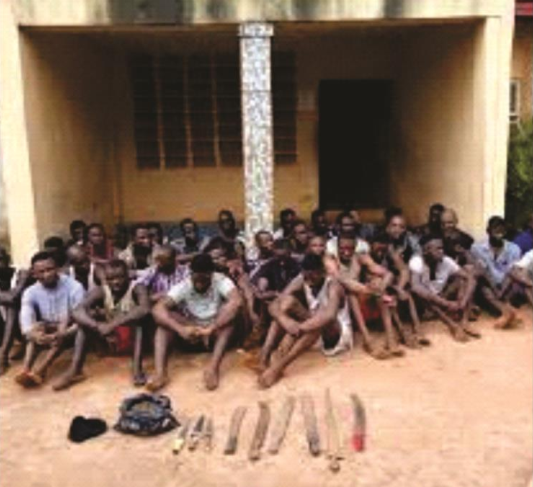 Days ago, three persons were reportedly killed at Amawbia, including one person said to be an unorthodox security of the APGA National Chairman, Chief Victor Oye. Also, the cult war in Awka seems to have been extended to other towns as on same day, three persons were also killed in Oko, Orumba North LGA, while one of them was beheaded and his genitals also removed, with his body dumped at Amaenyi, Awka South LGA.

Last week, three persons, including two policemen, and an unidentified woman were killed by suspected cultists at the UNIZIK Junction area of the town.

Sources said the gunmen blocked a red Toyota Corolla car being driven by a man identified as Snoop who was also the leader of tricycle riders in Awka North and Awka South Local Government Area of Anambra State, while they engaged in massive shooting, gunning down two police officers who were escorting the tricycle riders boss.

Snoop himself was allegedly abducted, while a woman who was passing by was hit by a stray bullet, leading to her death.

Fides had gathered that two persons were gunned down opposite First Market, Ifite, while one person was killed behind Chukwuemeka Odumegwu Ojukwu Teaching Hospital, Amaku, both in Awka South Local Government Area.

Same month, cultists had raided most parts of the Awka state capital with many POS operators being robbed in their shops. Statistics showed that no fewer than 50 youths were killed in cult related clashes in Awka and environs between January and May.

Also in June this year, a leader of tricycle riders at Unizik Junction, Awka, popularly known as Prince, was shot at the temporary site of Unizik Junction too. His death was said to have been masterminded by a rival cult who were opposed to the revenues being generated by tricycles in the state.

It had than been rumoured that the killing of Prince might upset the peace of the town as his men would also try to avenge his death.

In the midst of all these, there are strong indications that some of the sponsors of cult activities in the town are known.

In 2019, some top politicians were arrested on allegations of sponsoring cult related killings in the state.

‘It will be recalled that on the 10th and 11/08/2019, there was a clash between two rival cult groups, the Black Axe and Vikings Confraternities at Eke Awka and Dike Park, both in Awka South LGA of Anambra State where one Chinedu, surname yet unknown, alias Nambo, and Uche Anarah, were brutally murdered.

‘Following the incidents and while acting on credible intelligence, the Command’s Puff-Adder operatives led by the Commissioner of Police, CP John B. Abang, had on the 13/08/2019 at about 4:20 pm, launched a manhunt of the hoodlums at Dike Park and Umukwa Village areas of Awka and arrested four suspected sponsors/members of Black Axe and Vikings Confraternities.’

The release named known politicians in Awka as the sponsors of cult activities in the town. The men (names withheld) were later arrested, but were later released within hours.

Meanwhile, there are fresh facts to support the sponsorship of cult activities by very prominent people in the state. Scores of tricycle operators in Anambra State last Wednesday protested alleged extortion, harassment and incessant killings of their members in the state by cultists allegedly recruited by known politicians to collect revenue for them.

The protesters who were at the House of Assembly and the judiciary complex, carried placards of different inscriptions.

The coordinator, Awka North and South Keke Drivers’ Welfare Forum, Osita Obi, alleged that tricycle operators were being forced by cultists recruited by government functionaries to pay N4, 500 for Christmas party; ID card renewal of N3, 500; State Management Code of N8, 000, among others.

He said, ‘A lot of people have been killed in this town because of who gets what from Keke revenue. We don’t want it again. The keke drivers are tired of leadership imposition and want to be allowed to operate independently.

‘That many of them can’t afford living in good houses, sending their children to good schools and wearing good clothes doesn’t mean they’re not making money. But cultists engaged by government as revenue collectors are milking them dry.

‘We want to state clearly is that if anything should happen to any of these drivers or to the speaker, people should hold the government responsible. We expect government to intervene.

‘The Keke drivers are willing to pay legitimate government revenues, but obnoxious revenues will no longer be tolerated.’

Speaking on what police authorities were doing to stem the tide, the State Police Command’s spokesperson, DSP Tochukwu Ikenga, said the command had been working to ensure that cultism was stamped out.

His words, ‘For example, some of those who were involved in the shooting at the Unizik Junction have been apprehended. We are still profiling them and also many of them have started making useful confessions that can lead to the arrest of other fleeing members.’

Ikenga said the command was ready to flush out the cultists in the town, adding that no sacred cows would be spared.