Tufiakwa!” shouted an old woman whose houseboy had sexual relationship with her housedog. She spit seven times on the ground. Then she raised her voice to the highest pitch and summoned her neighbours to come and see the immoral atrocity committed in her house.

Everyone was running helter-skelter towards the place. The compound became like a market place. All were selling and buying words of condemnation and pouring abuses on the houseboy and the housedog. The men tied the boy and the dog on separate trees in the compound. 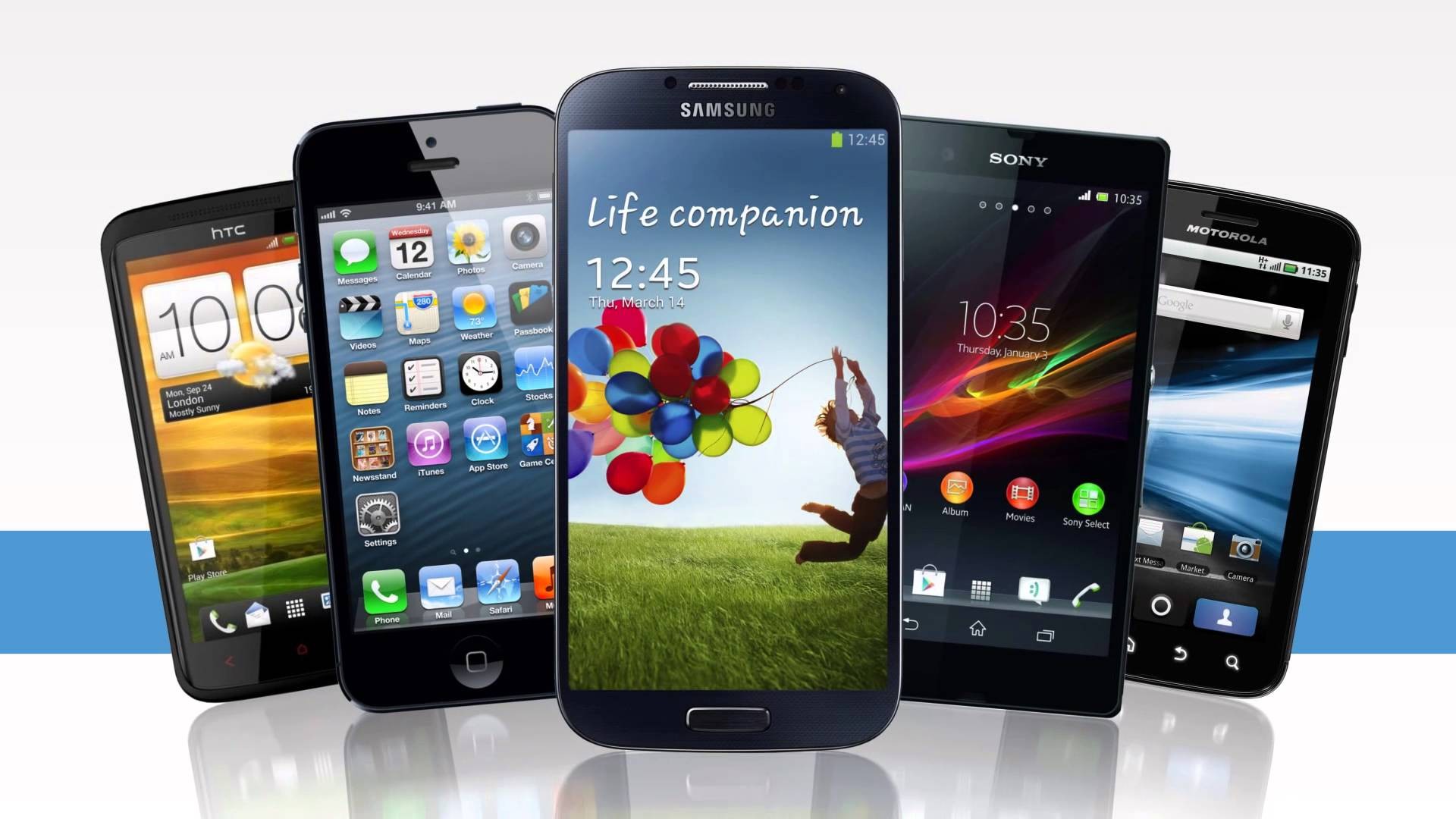 They gave the former 36 lashes of cane and the latter 12 lashes. Afterwards, the two were left under the scorching  sun from 11.00a.m to 6.00p.m. Who is to blame: the houseboy or the housedog? At last the boy was sent to the Reformatory while the dog was sold to a specialist butcher. Can anybody who eats the dog’s meat contact the atrocity? What happens if the dog gives birth to half human and half dog?

In moral evaluation of the atrocious act between the houseboy and the housedog, we hold the boy fully culpable, because he is a rational being that knows the difference between good and evil. Also he possesses soul and conscience which guide his actions. On the other hand, the dog is an irrational animal.

It has neither soul nor conscience. It is guided by natural instinct and cannot distinguish between good and evil. The houseboy is morally guilty while the housedog is morally exonerated from the bestiality. Both parties share ‘house’ in common. The boy is a human being and sensible.

The dog is an animal and has no sense. But biologically both enjoyed the act. The houseboy committed the sin of bestiality. But the housedog is sinless. That is my judgment. What is your take on this?

Now let me hit the hammer at the nail. The mobile phone is a scientific device built for human communication. It is a non-living thing. Like the housedog, it cannot be held responsible for the atrocities committed by its users. In general, the mobile phone is a valuable instrument in human society.

Since its invention, unnecessary human movements have been curtailed. Hence one can stay in the comfort of his or her room and communicate locally or internationally with someone else. With it, business transactions are now made easier. Writing of postal letters and the use of telegram are now outdated. The advantages are many.

Of course what has advantages must also have disadvantages. The atrocities committed today by the users of mobile phone are legion. One of the atrocities is telling of lies. So many users have become ardent liars. You can visit someone at his or her home for some exigencies.

You stand at the door and call his or her line. He or she will respond from the other end that he or she is not at home. Some time ago I visited one of my parishioners to just say hello. Before knocking on the gate I called his number to intimate him of my presence.

He sighed and regretted that he just traveled out some minutes before my arrival and was not sure when he would come back. Probably he thought that I came for his money. As I was going back to my car, the little daughter of the man came out.

I asked her of her daddy’s where-about. Innocently she replied that her daddy was relaxing in his room upstairs. I blessed the little girl for telling me the truth and I promised her a reward in heaven. She will sit by my right hand over there when we shall behold the beatific vision.

In a primary two classroom, the teacher was having Moral Instruction lesson with the pupils on the topic: ‘Truth is Life.’  She vehemently condemned telling of lies in all its ramifications. She went further to tell the pupils that liars will go to hell fire. Instantly the pupil started crying.

The teacher’s attention was drawn to the little boy. She asked him what triggered his cry. With tears the little boy regretted that his daddy will go to hell because he tells a lot of lies on the phone. He was on the line the other day and was telling the person at the other end that he was at Abuja at the moment while he was at Awka.

The teacher was highly touched. She promised to visit the little boy’s daddy and ask him to stop telling lies in order to avoid hell fire and to stop scandalizing the little ones.

Recently a married man was in a hotel with a prostitute enjoying immoral pleasures. Incidentally his wife called him on phone. He picked it and lied that he was praying in a church. He told her that he would be coming home in few hours time. He also promised to pray for her welfare.

Before dropping the mobile device, he exclaimed to his wife on the line, “Mummy I love you! I will surprise you with my love when I come back from the church.” The prostitute with him snatched the phone from his hand and shouted while the phone was still on, “My Baby, stop saying that and give me your love!” Then she gave the phone back to her lover man.

The wife heard the encroaching female voice and wondered. She asked her husband whose voice she was hearing. He told her that it was the voice of a lady passing by. The wise wife did her mathematics well and waited for the cheating and ‘praying’ husband to come home.

He eventually came home late in the evening. The husband was wearing white shirt. The suspicious wife saw a red lipstick mouth stain below his shirt collar. She sarcastically asserted, “Welcome darling. Who kissed you while you were praying in the church?” The husband saw it and was speechless. Both went in and the house became enraged. What happened later cannot be contained here.

As a result of such atrocities, some couples hide the mobile phones from each other. Often when a boyfriend or girlfriend calls while the couples are together, the recipient pretends that it is a wrong number or lack of service.

One day is for the thief while another day is for the owner of the house. It happened that a promiscuous wife was taking her bath without knowledge that her mobile phone was in their bedroom where her husband was at the moment.

Her phone rang. The unsuspecting husband picked the call and the name he saw was “My Brother” The caller instantly said, “Good morning my honey, I hope you are not bored down by our sexual romp yesterday at Sodom Hotel.” The husband cut in, “Who are you?” Immediately the caller heard a man’s hoarse voice he cut the call because he entered the wrong vehicle.

The furious husband waited for the wife to come out from the bathroom. At last she emerged. The angry husband sarcastically said, “Your Brother just called. So you have been cheating me with your brother whose honey you are. My marriage with you ends here and now. Go and enjoy that honey with your stupid boyfriend whom you saved his number with “My Brother.”

He quickly packed her belongings and threw them outside. At that moment the wife was still half naked. The aggrieved husband pushed her out of the house with that bathroom attire. She cried like a baby bitten by scorpion. The marriage ended on that fateful morning.

The first commandment in the Decalogue says, “I am the Lord your God. You shall have no other god but me” (Ex. 20:3). Unfortunately the mobile phone has become another form of idolatry for millions of people locally and internationally. Many of us devote almost 24 hours either making calls, browsing, sending necessary and obnoxious texts.

Instead of doing midnight prayer, some do midnight phone calls. Some even browse during church services. Some others leave the church casually to either make calls or answer calls. There are those who stop their prayer abruptly to answer calls. Others come to church for the sake of charging their phones, especially where there is epileptic power supply.

For many Christians the mobile phone is now their companion instead of the Bible. Most students no longer read textbooks; instead they download and copy verbatim from the internet. If it is possible, some will download their salvation from the internet instead of striving to lead good lives. Nowadays, scammers empty people’s bank accounts through the evil use of the mobile phone.

Likewise kidnappers, terrorists and bandits have converted forests to business centers by demanding and collecting huge ransoms through the mobile device. Many souls are on the way to damnation due to the evil use of the mobile phone. If God does not temper justice with mercy, hell shall be overpopulated on the last day.