The announcement made by the Anambra State Government to approve Saturdays as school day has been eliciting mixed reactions from citizens and stakeholders in the state.

The Indigenous People of Biafra, IPOB, had on 25 October 2021, announced Mondays as sit-at-home days in solidarity with its detained leader, Nnamdi Kanu. But even after the same body announced a suspension of that directive, many people in the state seem scared to come out on Mondays, especially as some splinter groups of IPOB have rejected the directive suspending it.

This has led to Mondays being observed as rest days by individuals, groups and even schools in the state. It was to make up for lost time that the Anambra State Government announced that schools days would now be extended to Saturdays. 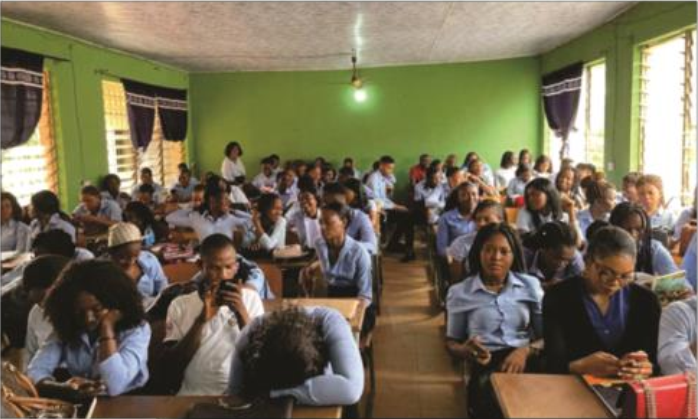 Following this latest development, Fides sought the opinion of the Education Secretary of the Catholic Diocese of Awka, Rev. Fr. Maximus Okonkwo, who stated that the decision of the government must be upheld on extending school days to Saturdays. However, he felt an alternative measure would have been better rather than adopting Saturdays in its stead.

He said: ‘There is no way government will approve Saturday as school day that the Church will go against it. If we had been given opportunity to advise them, we would have asked them to extend class duration to retain the hours skipped on Monday.’

The priest also maintained that the extension of class duration had already been adopted by some mission schools as succour for missing out on Mondays.

His words, ‘Before the government made such proclamation, some of our schools had already made adjustment by extending their duration to make up for last time. If I were to advise them, I would have suggested class extension for the children.’

Noting that even though some mission schools would be compelled to uphold the decision of government for extension of school days to Saturdays, the priest maintained that not all schools would do so.

‘In schools that are strictly boarding schools, Mondays are school days for them because they don’t have any interference as sit-at-home affects only day students,’ he noted.

Fides gathered that the new measure was employed by the government to ensure the safety of students and teachers, as well as the stake holders; while also making up for lost time.