The vice president of Nigeria, Prof Yemi Osinbajo, has said that the nation’s military is repositioning to stop insecurity in various parts of the country. 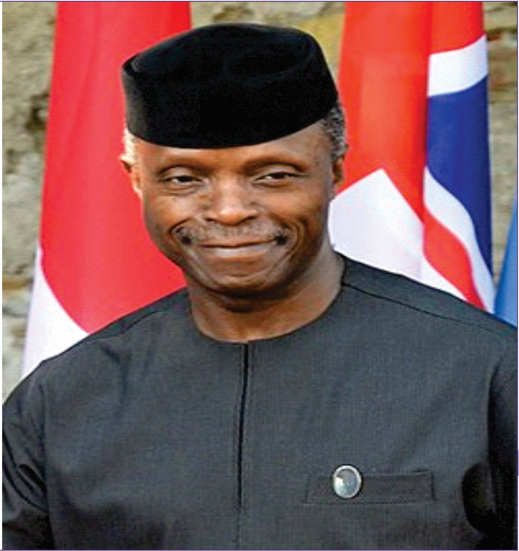 Osinbajo who was in Anambra to meet with delegates of the All Progressives Congress, APC, in furtherance of his presidential bid, said the Federal Government was working hard, and had also drafted the military to several parts of the country to fight insecurity.

He however stated that because the military was not trained for civil unrests, it was working hard to adapt in order to play the new role and curtail cases of insecurity. He added that the military had also been stretched to its very limit by the many cases of killings in the country.

Osinbajo said: ‘Security is central in everything we are doing in this government. I believe that every government has its challenges. The challenge of this particular government is security.

‘We have opened up the Northeast and containing the insecurity. The same with the Northwest; we are also handling the cases of violence going on everywhere, including the South East and the South-South.

‘The military are not trained for civil conflicts and all of that but they have to adapt. They are everywhere. But what this period has taught us is that we must drastically reengineer our security apparatus,’ Osinbajo said.

The vice president said the Federal Government was also working hard to procure arms but regretted that there were bottlenecks in the procurement, stating that more personnel were needed in the security agencies.

‘We need more men in our security outfits. We will need to recruit more people; even the equipment. Our equipment so far, we are importing a lot of equipment from America and from the western world.

‘But there is a lot of politics around the equipment. They take a long time to come. But don’t change the supply order because you have all sorts of maintenance and all that.

‘I don’t think that there will be more security council meetings in any other administration other than this one. A lot of work has been going on in reengineering our entire security architecture; from men and women in the armed forces and the police, ensuring that we are able to beef them up because this is a big country,’ the vice president said.