A CULTURE OF CARE AS A PATH TO PEACE

The year 2020 was marked by the massive Covid-19 health crisis, which became a global phenomenon cutting across boundaries, aggravating deeply interrelated crises like those of the climate, food, the economy and migration, and causing great suffering and hardship. I think especially of all those who lost family members or loved ones, and all who lost their jobs. I think too of physicians and nurses, pharmacists, researchers, volunteers, chaplains and the personnel of hospitals and healthcare centres.  They have made, and are continuing to make, great sacrifices to be present to the sick, to alleviate their sufferings and to save their lives; indeed, many of them have died in the process. In paying tribute to them, I renew my appeal to political leaders and the private sector to spare no effort to ensure access to Covid-19 vaccines and to the essential technologies needed to care for the sick, the poor and those who are most vulnerable.[1]

Sad to say, alongside all these testimonies of love and solidarity, we have also seen a surge in various forms of nationalism, racism and xenophobia, and wars and conflicts that bring only death and destruction in their wake.

These and other events that marked humanity’s path this past year have taught us how important it is to care for one another and for creation in our efforts to build a more fraternal society. That is why I have chosen as the title of this year’s Message, A Culture of Care as a Path to Peace. A culture of care as a way to combat the culture of indifference, waste and confrontation so prevalent in our time.

Many religious traditions have accounts of the origin of human beings and their relationship with the Creator, with nature and with their fellow men and women. In the Bible, the Book of Genesis shows from its very first pages the importance of care or protection in God’s plan for humanity. It highlights the relationship between man (‘adam) and the earth (‘adamah), and among ourselves as brothers and sisters. In the biblical account of creation, God entrusts the garden “planted in Eden” (cf. Gen 2:8) to Adam’s care, to “till it and keep it” (Gen 2:15). This entails making the earth productive, while at the same time protecting it and preserving its capacity to support life.[2] The verbs “till” and “keep” describe Adam’s relationship to his garden home, but also the trust God placed in him by making him master and guardian of all creation. 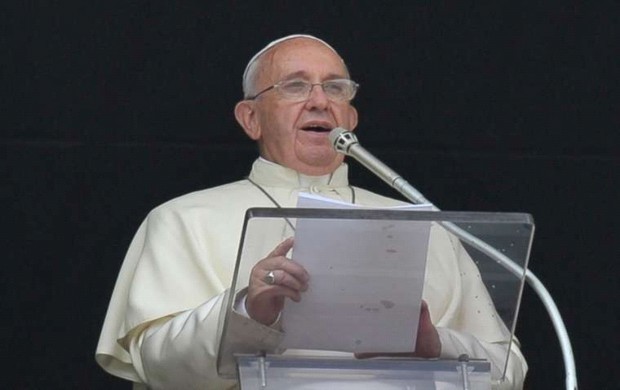 The birth of Cain and Abel begins a history of brothers and sisters, whose relationship is understood – even by Cain, however mistakenly – in terms of protection or “keeping”. After killing his brother Abel, Cain answers God’s question by saying: “Am I my brother’s keeper?” (Gen 4:9).[3] Cain, like all of us, was called to be “his brother’s keeper”. “These ancient stories, full of symbolism, bear witness to a conviction which we today share, that everything is interconnected, and that genuine care for our own lives and our relationship with nature is inseparable from fraternity, justice and faithfulness to others”.[4]

Sacred Scripture presents God not only as Creator, but also as one who cares for his creatures, especially Adam, Eve and their offspring. Albeit cursed for the crime he committed, Cain was given a mark of protection by the Creator, so that his life could be spared (cf. Gen 4:15). While confirming the inviolable dignity of the person created in God’s image and likeness, this was also a sign of God’s plan to preserve the harmony of his creation, since “peace and violence cannot dwell together”.[5]

Care for creation was at the heart of the institution of the Sabbath, which, in addition to ordering divine worship, aimed at the restoration of the social order and concern for the poor (cf. Gen 1:1-3; Lev 25:4). The celebration of the Jubilee every seventh sabbatical year provided a respite for the land, for slaves and for those in debt.  In that year of grace, those in greatest need were cared for and given a new chance in life, so that there would be no poor among the people (cf. Deut 15:4).

In the prophetic tradition, the biblical understanding of justice found its highest expression in the way a community treats its weakest members. Amos (cf. 2:6-8; 8) and Isaiah (cf. 58), in particular, insistently demand justice for the poor, who, in their vulnerability and powerlessness, cry out and are heard by God, who watches over them (cf. Ps 34:7; 113:7-8).

Jesus’ life and ministry represent the supreme revelation of the Father’s love for humanity (cf. Jn 3:16). In the synagogue at Nazareth, Jesus showed himself to be the one consecrated by the Lord and “sent to preach good news to the poor, to proclaim release to the captives and recovering of sight to the blind, to set at liberty those who are oppressed” (Lk 4:18). These messianic actions, associated with the Jubilee year, bear eloquent witness to the mission he received from the Father. In his compassion, Christ drew near to the sick in body and spirit, and brought them healing; he pardoned sinners and gave them new life. Jesus is the Good Shepherd who cares for his sheep (cf. Jn 10:11-18; Ezek 34:1-31). He is the Good Samaritan who stoops to help the injured man, binds his wounds and cares for him (cf. Lk 10:30-37).

At the culmination of his mission, Jesus gave the ultimate proof of his care for us by offering himself on the cross to set us free from the slavery of sin and death. By the sacrificial gift of his life, he opened for us the path of love. To each of us he says, “Follow me; go and do likewise” (cf. Lk 10:37).

The spiritual and corporal works of mercy were at the heart of charity as practised by the early Church. The first generation of Christians shared what they had, so that no one among them would be in need (cf. Acts 4:34-35). They strove to make their community a welcoming home, concerned for every human need and ready to care for those most in need. It became customary to make voluntary offerings in order to feed the poor, bury the dead and care for orphans, the elderly and victims of disasters like shipwrecks. In later times, when the generosity of Christians had lost its initial fervour, some Fathers of the Church insisted that property was meant by God for the common good. For Saint Ambrose, “nature poured out all things for the common use of all… and thus produced a common right for all, but greed has made it a right for only a few”.[6] After the persecutions of the first centuries, the Church used her newfound freedom to inspire society and its culture. “The needs of the times called forth new efforts in the service of Christian charity. History records innumerable examples of practical works of mercy… The Church’s work among the poor was to a great extent highly organized. There arose many institutions for the relief of every human need: hospitals, poor houses, orphanages, foundling homes, shelters for travelers …”[7]

The diakonia of the Church’s origins, enriched by the reflection of the Fathers and enlivened over the centuries by the active charity of many luminous witnesses to the faith, became the beating heart of the Church’s social doctrine.  This doctrine is offered to all people of good will as a precious patrimony of principles, criteria and proposals that can serve as a “grammar” of care: commitment to promoting the dignity of each human person, solidarity with the poor and vulnerable, the pursuit of the common good and concern for protection of creation.

Care as promotion of the dignity and rights of each person

“The very concept of the person, which originated and developed in Christianity, fosters the pursuit of a fully human development. Person always signifies relationship, not individualism; it affirms inclusion, not exclusion, unique and inviolable dignity, not exploitation”.[8] Each human person is an end in himself or herself, and never simply a means to be valued only for his or her usefulness. Persons are created to live together in families, communities and societies, where all are equal in dignity. Human rights derive from this dignity, as do human duties, like the responsibility to welcome and assist the poor, the sick, the excluded, every one of our “neighbours, near or far in space and time”.[9]

Care for the common good

Every aspect of social, political and economic life achieves its fullest end when placed at the service of the common good, in other words, “the sum total of social conditions which allow people, either as groups or as individuals, to reach their fulfilment more fully and more easily”.[10] Consequently, our plans and projects should always take into account their effects on the entire human family, and consider their consequences for the present and for coming generations. The Covid-19 pandemic has shown us the truth and timeliness of this fact.  In the face of the pandemic, “we have realized that we are in the same boat, all of us fragile and disoriented, but at the same time important and needed, all of us called to row together”,[11] since “no one reaches salvation by themselves”[12] and no state can ensure the common good of its population if it remains isolated.[13]

Solidarity concretely expresses our love for others, not as a vague sentiment but as a “firm and persevering determination to commit oneself to the common good; that is to say to the good of all and of each individual, because we are all really responsible for all”.[14] Solidarity helps us to regard others – whether as individuals or, more broadly, as peoples or nations – as more than mere statistics, or as a means to be used and then discarded once no longer useful, but as our neighbours, companions on our journey, called like ourselves to partake of the banquet of life to which all are equally invited by God.

Care and protection of creation

The Encyclical Laudato Si’ is fully aware that all creation is interconnected. It also highlights our need to listen to the cry of the poor and, at the same time, to the cry of creation. Constant and attentive listening leads in turn to effective care for the earth, our common home, and for our brothers and sisters in need. Here I would once again point out that “a sense of deep communion with the rest of nature cannot be authentic if our hearts lack tenderness, compassion and concern for our fellow human beings”.[15] “Peace, justice and care for creation are three inherently connected questions, which cannot be separated in such a way as to be treated individually, lest we fall back into reductionism”.