– All in One – Fidelis Onuchukwu

Education Work: I finished my Higher School Course in 1966 at Trinity High School, Oguta, Imo State, in 1966. Early in 1967, I secured employment to teach at St. Patricks Secondary School, Emene, Enugu State. Not long after I started work, than the Biafra-Nigeria war ensued in mid 1967. In my youthful exuberance I enlisted into the Biafra Army in defence of my fatherland.

Immediately after the war in 1970, I rejoined the staff of the afore­mentioned school. I taught there until the 1974/75 academic session when I gained admission at the University of Nigeria (UNN), Nsukka to study Health and Physical Education (Health Education and Human Kinetics). 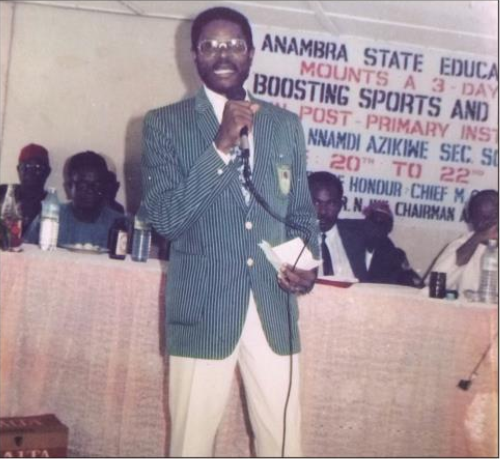 After my graduation and my subsequent discharge from the National Youth Service Gorps, the State Education Commission Headquarters, Enugu employed and posted me to teach at the Teacher Training College, Eha- Amufu. During the assignment of functions and duties, the Principal of the College appointed me the Head of Department of Health and Physical Education, a post I held from 1979 until 1981 when I was transferred to the Teacher Training College, Nsukka later that year.

Even at the new college, the Principal assigned me to head the Department of Health and Physical Education of his College.

In late 1985, 1 was posted to the Sports Unit and later Sports Development Department of the State Education Commission Headquarters, Enugu, to understudy the then Director of the Department, who was on the brink of retirement from active service. I assisted my Director in organizing, administering and supervising the State Schools Sports at all levels-LGA, Zonal, State and National and in all ramifications Primary, Secondary, Commercial, Teacher-Training and Technical Colleges Sports. 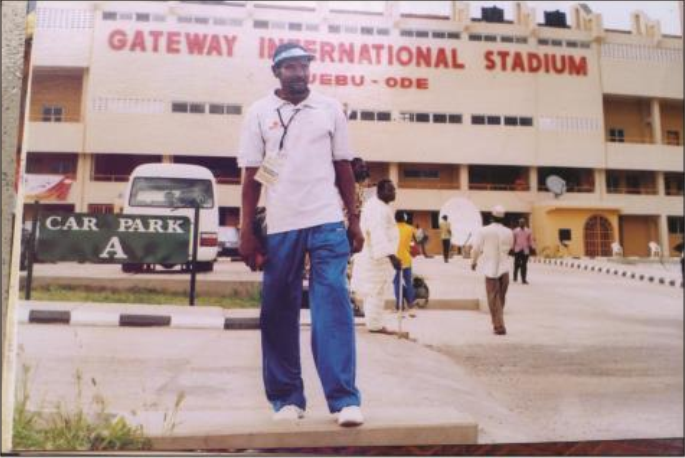 In August, 1991, following the creation of States in Nigeria, I, being of the “new” Anambra State of Origin, had to move down to Ifitedunu, where the State Education Commission Headquarters of the “new” State was temporarily sited, to set-up the Sports Development Department until the Commission was later relocated to Awka, the State capital. I, with mycolleagues that came down to Awka, meticulously replicated the functions and duties we had hitherto performed at Enugu and even added more.

I received progressive promotions from salary grade level 10 to 15 from 1991 to 2000. In 2001, I was appointed an Acting Director and on 1st January, 2002, my Acting Appointment was duly confirmed by the then Commission Board, perhaps, mainly due to my Sports administrative acumen, astuteness and proficiency at work.

I was also duly elected as the chairman of the Nigeria School Sports Federation (N.S.S.E) Anambra State Chapter in 2005. I performed the offices of the Federation and the State Schools Sports with almost military precision and exactitude.

Successes Recorded as an Active Athele/Player

It may be pertinent, appropriate, germane and gratifying to note that I have been in sports all my life. In fact, my sports career started from my primary school days at St. Patrick’s Primary School, Coal-Camp, Enugu State. Then, I represented my school in football and athletics (sprint races, high and long jumps, respectively) wining all the laurels therein.

In 1960, I gained admission into Notre Darne High School, Abatete and subsequently obtained my West Africa School Certificate in 1964. When at the school, and because of my exploits and escapades in soccer and athletics, I was, from my first year in the school, automatically enlisted into the first eleven of my school football and athletic teams, respectively, a feat that was very very rare to achieve in those old good days of “Fresher” syndrome in schools. I participated in the State and in our inter-housesports competitions, winning laurels in high and long jumps, respectively. (Vide Appendices 1 and 2 herewith enclosed). 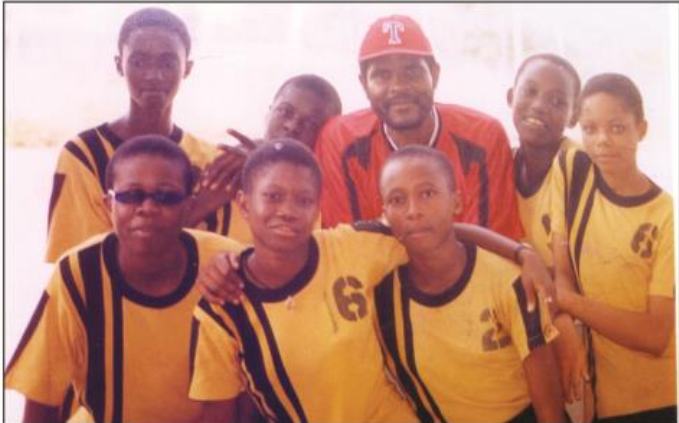 The story did not end there; for I was highly infatuated and overwhelmed, when in 1963, our school authorities awarded me a highly cherished prize for being the best behaved student in the entire school.

As if that accolade was not enough and while still basking in the euphoria of the exciting award and within the same year, the school authorities again appointed me the senior prefect of the school, that was in my penultimate year in the school.

My brilliant academic performance during my entrance examination to Trinity High School, Oguta, Imo State, to do Higher School Course in 1965 vis-a-vis my fame in soccer and athletics facilitated and fast-tracked my admission into the afore-mentioned school.

It is not surprising, therefore that within the 1965 session, the school authorities appointed me the Games Prefect and Football Captain of the school. It is note-worthy that under my captainship, our school football team achieved an unprecedented historical feat by defeating the famous almost insurmountable Mr. Vincent Ikeotuonye’s Zixton Grammar School, Ozubulu Football Team in the Phensic Cup Football Competition held at the Enugu Stadium in 1965.

That excellent performance of our team, perhaps, was instrumental to the duo of late Chief Dan. Anyiam, a one-time National Football Coach and Chief Issac Nnado, a one-time State Chief Football coach, both overseeing the Eastern Regional Football team preparatory to the inter-Regional Football competition slated for Lagos, to invite six (6) of us from Trinity High School, Oguta to camp at the Enugu Stadium.

Out of eighty-seven (87) players invited to camp from the various notable and crack school teams, Trinity High School, Oguta team had the largest chunk of invitees, six (6) from a single school. It may be very interesting to learn that during the camping sessions, eleven (11) of us players vied for the centre Half, wing position just as other wings/positions had two to six players contesting for them, respectively. Eventually, only sixteen (16) of us went to Lagos to represent the Region.

And I was the only player, who was picked among the eleven of us that contested for the Centre Half wing/position. I, being a reliable defender, played in the position/wing throughout the competitions and as the last man of defence for my team, at the Onikan Stadium, Lagos  in 1965.

If i could trust my memory, the then Eastern Regional Football representative comprised the following;- Sylvester Campbell, at the Goal, Patrick Allagoa, at the Right Full Back, Ernest Ufele, at the left full back, Paschal Amanze, at the right Half back, Onuchukwu Fidelis C, at the Centre Half Back, Emenyonu Sylvester, at the outside right wing, Felix Abii, at the centre forward position, Ileka brothers, at the inside right and inside left positions, respectively and Sunday Osondu, at the outside left wing.