Wonders shall never end. There was an attempt to humanly make impossibility to be possible. My eyes saw my ears for the first time in my life. Foolishness became wisdom. What was unheard of became a reality. The unimaginable was imaginable. Indeed stupidity was crowned.

I was thrown into the ocean of confusion and was nearly drowned mentally. Thank God I swam to safety at last. But my thinking faculty is still at large. Anyone who has any useful information over its where-about should immediately contact me or report to the nearest police station, if the gate is open for fear of unknown gunmen or unknown government.

I was at a hospital to give spiritual assistance to a dying patient. When I arrived, I discovered that he was clinically dead. Therefore I prayed for his eternal repose. The medical doctor on duty, due to negligence, came very late after the patient was pronounced dead. He was there fulfilling all medical obligations. He checked the blood pressure of the dead. I wondered what he wrote down on the deceased medical chart.

He also gave the corpse intravenous injection. I wondered how he located the deceased veins. Maybe he used medical magic. Later he grounded some tablets and poured into the mouth of the lifeless body. He then asked the deceased family to wait for an hour for the deceased to breathe again. 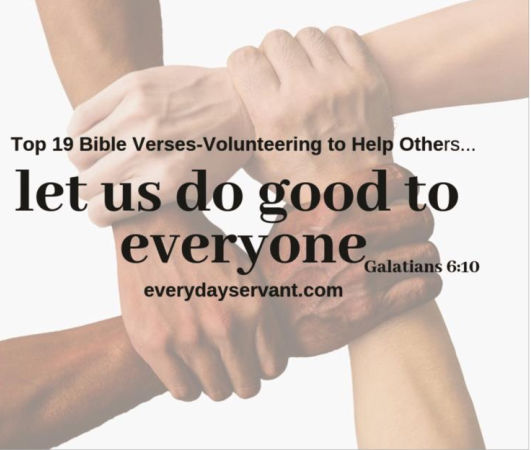 After waiting over six hours, nothing happened. The morticians then came and transferred the body to the mortuary department. Surprisingly, the same doctor came into the mortuary and inserted drip into the lifeless body. Unfortunately the drip refused to flow into the deceased body. The doctor frowned that his efforts did not yield any result. I wondered which medical school he graduated from. Is he a doctor of the sick or of the dead? It was all medicine after death.

A certain young man was visited by myriad of problems while he was alive. As a result of conspiracy he lost his job. To make ends meet, he converted his push and start car into taxi cab. After few weeks, the cab developed serious engine problem.

The poor man spent his last penny on it, but it was an effort in futility. He went borrowing. The more he borrowed, the more complex the engine problem. At last the mechanic advised him to purchase a new engine. He was broke and regretted even investing money into the old engine. There and then he decided to sell the troubled car in order to raise money to buy a new engine.

The question then is: if he succeeds in selling the whole car and buys a new engine, would he drive the engine alone? At last he abandoned the troubled car recklessly at the mechanic workshop and went home to repair his own human broken engine.

At home, restlessness stared him at the face. A litany of intractable problems surrounded him. He was angry and hungry. At the period in question, the troubled young man was married with two and half children. In other words, his wife was expecting a new baby in few weeks.

Where would he get money for anti natal and post natal expenses? His troubles were multiplied. In addition, he owed his landlord two years house rent.  The landlord’s lawyer had served him quit notice.

As he was weighed down with financial incapacity, his two children were dismissed from school for none payment of school fees. From nowhere, acute starvation came into the distressed family without knocking at the door. They managed miraculously to eat once a day.

They were all looking malnourished. Later, the pregnant wife gave birth to a hungry baby who looked like a monster. For lack of blood and essential human nutrients, it died on the birth stool. The mother managed to survive. The troubled young man sold his television set and video to clear the medical and burial expenses of the stillborn baby.

As things stood, the breadwinner had no more bread to win. He contemplated committing suicide. But at each occasion of carrying it out, he came back to his senses. After a time he decided to run to an unknown destination. He left without notice.

Thus she was daily watching out for the conglomeration of vultures feeding on the carcass of her demised husband. She found none. Could it be that he jumped into a sea and was consumed by aquatic animals? All manners of thought bedeviled her restless mind.

Lately it was discovered that the troubled young man took refuge in his ancestral home. The worries of this life kept him incommunicado. Already he was weighed down by mental and bodily sicknesses. The worst was that there was no money for any psychological and medical treatment.  As time elapsed, the sicknesses became protracted. After a long time of survival battle, he gave up the ghost.

Immediately vultures from nowhere surrounded his ancestral home for an emergency meeting. Unfortunately, they were disappointed. As the body of the troubled young man lay lifeless, one of his biological relatives volunteered to pay for the embalmment of the corpse in the mortuary for a period of six months.

He promised to give the deceased a befitting burial. Imagine giving someone who lived an unbefitting life a befitting burial. What a contradiction! It did happen. As the corpse was lying in the mortuary, the rich relative built a three bungalow house for lying in state before burial on the appointed day.

It was not a hear-say. I was an eyewitness on the burial day. At daybreak of that day, I was weighed down with fever. Despite that, I was present in the church gladded in my clerical burial vestments. Immediately it was time I joined other priests and sympathizers in solemn procession to the altar of sacrifice.

Wonders began to happen. The corpse of the troubled and departed young man came into the church in pomp and pageantry. The ambulance was so luxurious and the casket was one in town. The pall bearers were dressed in expensive outfits.

They danced majestically with the coffin into the church. Surprisingly I saw only a handful of the deceased family and sympathizers inside the church. The rest were at the deceased home eating and drinking. It was not long and the burial Mass came to an end. Procession out began.

The luxurious ambulance was already waiting outside to convey the corpse for burial. Above our heads was a flying object that resembled a small helicopter. I learnt that it was a flying mobile video camera capturing the glamorous and befitting burial events. It was making a buzzing noise like a giant insect. Then the procession to the graveyard started with fanfare.

The Asebi girls and ‘Ask Me’ guys were at hand for any assistance. The flower girls were busy pouring flowers over the ambulance bearing the corpse. Series of local gunshots were fired. The ceremony at the graveyard was concise. The deceased family rendered a sweet funeral oration that extolled the deceased young man.

Regrettably he was no longer physically present to tell us which ones are true or false. The farewell citation was rendered in Oxford English, such that it was followed by heavy applause. Finally, the remains were interred. I saw only the mother crying.

Merriment followed. A cool van was already steaming and cooling its contents. Big pots and large flasks of assorted food started walking to their destinations. An exorbitant and air conditioned tent was prepared for very important persons (VIP). Live music rent the air. Seven cows were slaughtered for the befitting burial occasion. Various dancing troupes and masquerades spiced the occasion.

The miserable deceased man was left alone in the world of the dead while the living was making merriment. With my spiritual eyes I saw the ghost of the troubled young man hovering around and was crying for the miserable life he lived. No one helped him while he suffered on earth.

He lived an unbefitting life and was accorded befitting burial. If I were he, I would ferociously fight back from the land of the dead. I would deal with the rich man who rendered me posthumous assistance. It is nothing but medicine after death. All the family members and friends who neglected me while alive would find it hot.

The Seven Corporal Works of Mercy are to be fulfilled on earth and not postmortem. They include: To feed the hungry, to give drink to the thirsty, to clothe the naked, to visit the sick, to visit the imprisoned, to shelter the homeless and to bury the dead.

How can you bury someone without providing him or her with the basic necessities of life while he or she lived? We shall all render our answers before the judgment seat of God. For your information read the Gospel of Matthew Chapter 25, verse 31 to 46 in order to avoid had I known! Medicine should be taken before death and not after death.

The Nigerian Federal and State Governments should come to the aid of their citizens who are currently threatened by Boko Haram terrorists, armed Fulani herdsmen, kidnappers and bandits. To commiserate with the families of the victims at their demise is real medicine after death.