So, everyone now agrees that some issues in football matters can be taken to a civil court and can be settled there. And that FIFA will not come down from their ‘heaven’ and ban the country. Noted for future reference.

Rather quietly, on January 28, 2022, there was a major judgment by the Supreme Court of Nigeria on the management of the Nigerian Football League.

Needless to go into the details of the case to determine, who the guilty party is. The judgment, for any lay person, only throws more confusion at the issues involved.

What is interesting is that the arguments put forth by the court in arriving at the final judgment threw up some unintended light at several unrelated events involving Nigeria football and its management. It takes a closer examination to see them, though. 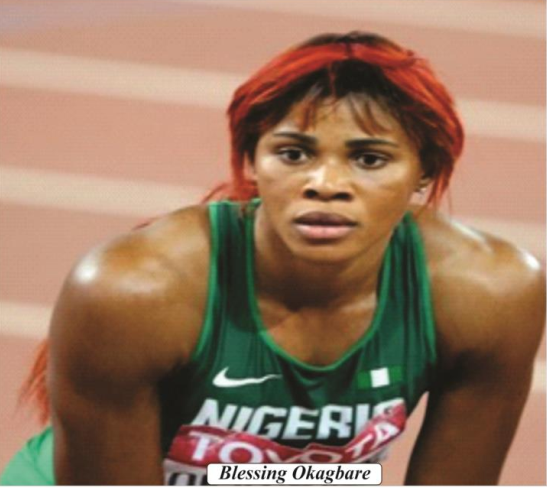 The Nigerian Football League Ltd, NFL, registered by the NFA a long time ago, was not properly incorporated. It has, therefore, not been recognised by Nigerian Law. The courts ordered its winding up when it found out it was illegal. The NFA ‘pretended’ that it was done, but continued to use it to do business for years, giving impetus to the suspicion of some ‘fraudulent’ practices.

The League Management Company, LMC, was birthed by the NFA after the original suit against the NFL had gone to court. After years of a journey through all levels of courts in Nigeria, the judgment of the Supreme Court is that the LMC and First Bank Plc, should now pay the plaintiffs some fees. Why bring the LMC into the judgment if it is not complicit in any way with the issues, and if it was not in existence when the matter happened? Am I making any sense?

That’s where the matter starts to confuse and get complicated a little. Beyond the judgment of the Supreme Court of the land, which is final without possible recourse to an appeal, one of the directors of the LMC says in confidence that the LMC will not obey the order, but will seek a review of the court’s judgment. It gets more confusing. We shall see how that ends.

Unfortunately, although the media has not been awash with the original news report on the judgment (for some unknown reason), some media publications have gone to town with screaming headlines that the judgment is an indictment of the LMC, and even accuses the body of fraud. But those are neither here nor there.

What is cloudy now is that the arguments within the judgment delivered by the Supreme Court raise interesting issues unrelated to the specific matter. They stir up old questions hanging around the LMC like an Albatross – the motivation for establishing it, the ‘obscure’ structure, its operational mandates and powers, the people benefiting from the set-up, perpetuity in office, humongous wages, directorships that have no lifespan – small, relevant, niggling and lingering questions requiring simple and straightforward answers, not long sermons on the mountain. I could read these in the body-language of the judgment.

Some persons may actually be milking the system in this cloud of ignorance. There are no international rules to how to run any league. Each country runs its football business the way it deems fit but in accordance to the laws of doing business in the country. Since the LMC is doing business and there are several queries about its operations, it makes sense for an uninvolved body to be set up by the real owners of the National Premier League, the clubs, to do a forensic audit and look at the organisation again beyond the present matter of the Supreme Court judgment.

Personally, I have been thinking and wondering about the LMC, particularly since my visit to the offices of the English Premier League some three years ago in the company of Ayo Odumade, a Nigerian-born, London-based British journalist. We came away from meeting with the EPL leadership that the initial romance between the LMC and the EPL faded because of the unclear nature of the operations of the Nigerian body.

Since then, I have often wondered about the role of a highly paid top executive of the LMC at the top hierarchy of the board of the NFA without being elected, and enjoying the perks of both worlds. Without intending it, it is the league that suffers from such a distractive arrangement. Am I making any sense?

I mean no harm or disrespect to all those involved in the LMC but the body needs to be x-rayed again for better delivery of a better league than we have now.

On the Supreme Court judgment, there is nothing to add – Let the LMC pay their ‘fine’ and leave the matter to die in peace.

There are only two weeks left to the next epic in the story of matches between Ghana and Nigeria. They are preparing to square up again to determine which of the two national teams will represent the continent at the Qatar 2022 Mundial.

On paper and on the basis of the forms of the teams when they appeared at AFCON early this year, Nigeria looks the better of the two teams.

Ghana, then and since, have not looked at all like the Black Stars of old, a dreaded national team that used to be one of the strongest on the African continent for decades. Not any more.

For those that have been following the history of the two countries, their matches have always been fierce, and always seriously contested.

The average Ghanaian football fan believes that Ghanaian football is of a superior brand than Nigeria’s, and, so, irrespective of what the form book says and predicts, Ghana would always find Nigeria an easier team to defeat than the other way round, because of their inherent playing styles that give the Black Stars a slight edge. But that’s in the distant past.

More recently, Nigerian football experts now believe that that tide has changed since Nigeria’s Adgboyega Onigbinde broke the ‘jinx’ of Ghana’s invincibility at home when, in 1984, he took a crop of young Nigerian internationals to defeat Ghana in Khumasi. This newest battle returns to that same battleground next week, where history may repeat itself.

Neither side has effected major changes in their teams after AFCON beyond tampering with their coaching crew. The stakes are too high for either side to be complacent and to take anything for granted.

The world awaits the outcome of this very important confrontation.

Nigeria to survive by the skin of the teeth.

When Blessing becomes a curse!

Until a few months ago, on the eve of the Beijing Olympic Games in China, she was a great blessing to Nigerian athletics, a pin-up star and honoured ambassador of Nigeria.

Since then, her exploits have tumbled from ‘Mount Olympus’ to the ‘Dead Sea’.

Are Nigerian female athletes cursed? Why do many succumb to the pressures of materialism as they approach the evening of their careers? I am looking at the list of the victims. It is rather long. I see is an ugly pattern.

Why risk and sacrifice a good well-earned name for some lucre in retirement, and recklessly wade into the murky and muddy waters of doping?

Blessing Okagbare’s case has become a big scar on Nigerian sports. Her matter is on-going now in American courts as she is being slammed left, right and centre with evidence of her alleged complicity in an international doping ring and scandal.

So, apart from being handed down a 10 year-ban from athletics, further prosecution is imminent.

The whole matter stinks. The stench is perceived all over the world. This could be the worst negative publicity for Nigerian athletics, ever.

Domestically, the country’s sports administrators must take greater responsibility for this scourge – educate more, warn more, protect more and take responsibility more. Most of the federations do not take the matter of doping seriously enough and do not pay more than lip-service to it. They always think it is the athletes’ responsibility and should, therefore, take all the flak they can when they are caught. National Federations should also be made to suffer some consequences if this is to stop.

Poor attention to details, poor remuneration, little rewards and absence of adequate welfare packages for Nigerian athletes make them vulnerable and easy targets for greedy agents. Many of the athletes are lured into taking short cuts and cutting corners to more fame and fortune.

A lot must be done to stem this ugly practice that will continue to haunt Nigerian athletes particularly as they take greater risks in the twilight of their careers when poverty looms.

Blessing Okagbare is the latest victim. She is now alone, alone in the doldrums of her self-afflictions, her hard-earned reputation in tatters.