Man of the Church

For Heraclitus, everything is in flux, constantly changing. In the Church, even dogmas keep developing as there are modern and better ways of interpreting the same teaching. Change remains a permanent feature of existence.

Lay investiture, wherein the appointment of bishops and abbots, and even Popes were left in the hands of the kings and emperors was an early practice in the church. The practice have always pitched great church leaders against erring emperors. For example Pope Gregory the great is known for the liturgical reforms and  Church expansion across Europe.

Recall that it was Gregory the great who sent Augustine of Canterbury to England for evangelisation of the people. No wonder he is also venerated as a great icon of faith and saint in the Anglican communion. Yet he has to wrestle the excesses of emperors of his time. In like manner of greatness  was  Pope Gregory VII. Similar in names, similar in action for the good of the people and the Church. 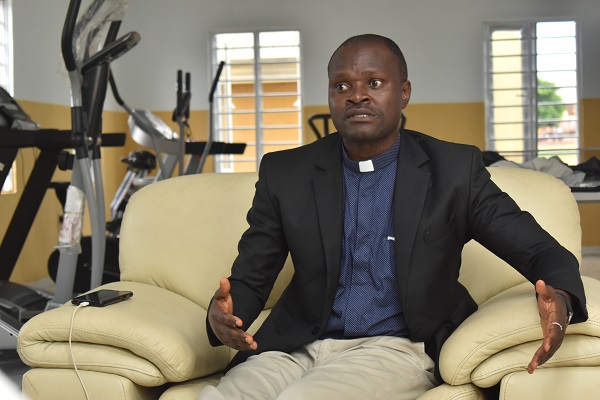 The agreement, often referred to as Concordat of Worms has since been improved upon. Such is an aspect of stages of development ( change) in the church.

The symbol of the two swords in church arts points to the authorities of the church both in ecclesiastical domain and the secular, the latter which she does an ‘over sight’ function. The proponent of pure separation of the Church and the State should remember that the earth is the Lord’s and all its fullness.

The mission of Christ is to save man, both in the “Church and on the street”. Gregory the great and Gregory VII are men of the Church, as well as many other heroic Church leaders; and they understood this Christ mandate to evangelise all the world properly.

In Nigeria, a bishop was also addressed as Man of the Church by his fellow bishops. He was the first catholic bishop of Portharcourt (1961-1970), and second bishop of Enugu  (1970-1977). He also took part in the great second Vatican Council ( 1962 -1965). Bishop GMP Okoye earned himself such a repute both by appearance and action. In his full clerical gown, he is man of the church. In his actions and pastoral zeal, he is man of the church.

Bishop GMP Okoye worked tirelessly for his people during the civil war. He helped through the Caritas to ensure that the starving Children of Biafra were not totally annihilated. Even, in the peak of the war, he founded the Daughters of Divine Love Congregation to help to understudy the expatriate and offer the desired and deserving caring services to the people, through hospital and education.

At the end of the war, and with the 20 pounds policy against the Igbos, bishop GMP Okoye became a beacon of hope to many despondent Igbo enterpreneaurs.

Many rallied round him, and he offered leadership and direction to emerging post civil war Igbo business men and politicians; all for the common good. For his sterling leadership in Enugu diocese, he is today immortalized with Godfrey Okoye University Enugu. He is a man of the Church.

Bishop Jonas Benson Okoye is the auxiliary bishop of Awka, and now, the bishop elect of the diocese of Nnewi, Anambra State. Just as +GMP Okoye suscceded Bishop Anyiogu as second bishop of Enugu, +JB Okoye will succeed Most Rev Hilary Paul Odili Okeke, as second bishop of Nnewi.

The spiritual succour bishop GMP Okoye provided for defunct Biafra, is similar to the spiritual guidance bishop JB Okoye offers pro bono to the emerging Anambra as a gift to the entire nation, both in politics and in economy.

Like GMP Okoye who took part in second Vatican Council, Bishop Jonas Okoye has been a highly sought peritus in Canon law for the Church in Nigeria and the Vatican. As man of the Church and a man of the people, Bishop JB Okoye is a proponent of priestly fraternity.

As huge as his stature is, so also his love for the priesthood and priests. His social bank is a quantum reservoir. Like  Gregory the great and Gregory VII he fights for the church and the common people, a voice of the voiceless. As Gregory VII excommunicated Emperor Henry IV three times, in like manner, Bishop JB Okoye fights against agents of bad governance.

A man of the Church who respects everyone regardless of their class and speaks kindly even when he is expected to give a directive. He is a man of order and discipline, and a catalyst of gentrification in its positive sense.

With his recent appointment as the bishop elect of Nnewi diocese by Pope Francis, and  strong foundation already laid by the first bishop, the search light will soon be on Nnewi diocese as a leading example for collegiality, love for people of God, pastoral leadership and development in spiritual and physical spheres. Indeed…. a loss for Awka Diocese, but rich gain for Nnewi in the spirit of universality of the Church. Roma locuta est…

Most Rev Jonas Benson Okoye is a man of the Church ( and the people) and his towering presence is a blessing to Nnewi diocese, two decades after her creation, a blessing to Nnewi as an emerging ‘China of Africa’, all to the glory of God and  joy of the human family.