Anambra State Governor, Professor Charles Chukwuma Soludo has from the beginning stressed that he would disrupt the former process where all manner of  touts pose as collectors of government revenue. Government cannot continue to allow its due revenue to disappear from all corners especially now that federal allocation has dangerously dwindled because the oil money has dried up.

Government must now depend entirely on Internally Generated Revenue (IGR) that is sourced through taxes, levies, tolls, etc. It would therefore be suicidal for the government to sit idly  while touts siphon the needed money to work for the people. It is in the light of this that the government has dutifully put in place a more efficient digitized system for paying money directly into its coffers.

As Governor Soludo once said, people should now learn to “walk in through the door like civilised people instead of jumping in “through the window” because the so called window has been closed. People illegally feeding fat on government’s revenue is no longer acceptable.

unions. Government engaged the market leaders and transport unions in town-hall meetings to explain the nitty-gritty of the new digital process that would actually ensure that transport operators paid less taxes and fees by paying directly to the government.

The agreement was for the Keke drivers to pay monthly due of N15,000 while the Shuttle Bus drivers would pay N25,000. And to be able to sustain these obvious reductions in tolls, government has to collect this money in lump sums to enable it improve the parks with modern facilities and conveniences, employ those that will manage it and engage a team of State Task Force to remove the middlemen and touts who have been harassing commercial drivers on our roads, parks and markets. 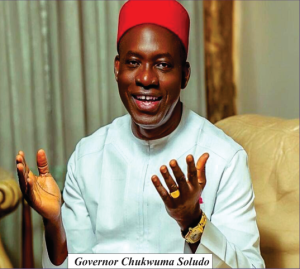 But rather than support government in creating a more orderly system, these touts and goons mischievously opted to misinform the Keke and Shuttle Bus drivers. Without really examining the true facts on ground, the Keke and Shuttle Bus drivers took it upon themselves to block Arroma Junction, Eke Awka Market and Government House with their vehicles on Wednesday, July 13 and Thursday July 14, thus causing severe difficulties for the commuters.

Truth of the matter is that the tariffs rolled out by the government is below what the transporters used to pay on a daily basis.

The new dues from the government is calibrated such that monthly and multi-monthly payments attract very juicy rebates and discounts as it is done in the civilized world. Anambra People are the most widely travelled in this country and it is incumbent on us to lead the way in Nigeria by living like civilised people.

By removing the touts from the roads, the fee charged by government is even lower on a day-by-day basis. Through the digital process, the government can account for all the money collected and deployed to the service of Anambra State by constructing ultra-modern roads and bridges, improving health care, ensuring that our children get quality education and providing sundry infrastructure.

Anambra people would not prefer a middleman or tout to collect 100 percent of the money due to the government only to end up paying a paltry 20 percent or less to the government. Once the direct payment to the government is effective, our people will have the moral justification to hold the government accountable. In return, Anambra State would in due course be turned into a prosperous and pleasurable smart mega-city in line with Governor Soludo’s master plan for the State.

The Chairman/Chief Executive of the Anambra State Internal Revenue Service (AIRS), Mr. Richard Madiebo, has broken down the monthly operational permit fees for the

According to Madiebo, this monthly fees include operational permit for the driver, five percent union commission and park permit. The payment could be monthly, quarterly and half-yearly with attractive rebates and discounts. Operators are to pay for only 25 days each monthly instead of the actual total number of days in a month.

An Okada operator that pays the bulk sum of N21,000 for three months will get a discount of N1,500 and if he pays for six months, he gets

The benefits for making the payments include: getting a Card, permitting him to operate; getting a sticker; enjoying the discounted amount and getting savings; driving into any government park to load and offload passengers; protection by the government such that he will not be intimidated, harassed or extorted money by any tout and also any other benefits as would be announced by the government.

To make Anambra State work and become a better place to live, government is calling on all the transport unions and relevant stakeholders to give this laudable reform a chance to succeed. They should pay directly to government and see how their taxes will, in turn, begin to improve their quality of living unlike when they paid to individuals who pocket their hard earned money for their own selfish ends.

This is the digital way to go for Anambra State to continue to shine as the Light of the Nation.