Maduka Okoye gave another assured display in goal as Sparta Rotterdam picked up their 11th win in the Eredivisie this season following a 2-1 victory over Groningen at the Hitachi Capital Mobility Stadion.

The Super Eagles goalkeeper did not keep a clean sheet, but he made important saves to help Henk Fraser’s men to a superb win at Groningen 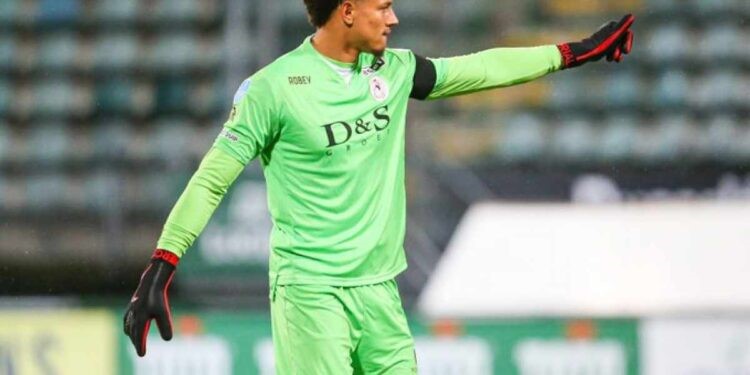 Okoye has now established himself as Sparta’s first-choice goalkeeper as the game against Groningen was his 25th appearance in the Dutch top-flight this season.

The 21-year-old, who joined De Kasteelheren last summer, conceded his 34 league goal of the season, but he still played a vital role in the win.

Okoye denied Groningen on two occasions with two smart saves- although he could’ve done better to prevent their goal.

Fides learnt that Abdou Harroui put Sparta ahead in the 27th minute before Tom Beugelsdijk doubled the advantage 11 minutes after the break.

Ramon-Pascal Lundqvist pulled one back for the host three minutes from time to set up a nervy finish, but Sparta held on for a vital win.