LIABILITY FOR THE CANCELLATION OF FLIGHT TICKET

Generally, parties are bound by the contract which they have entered into and are required to fulfil their obligations to avoid liability that may arise from the non-performance or the breach of such contract. 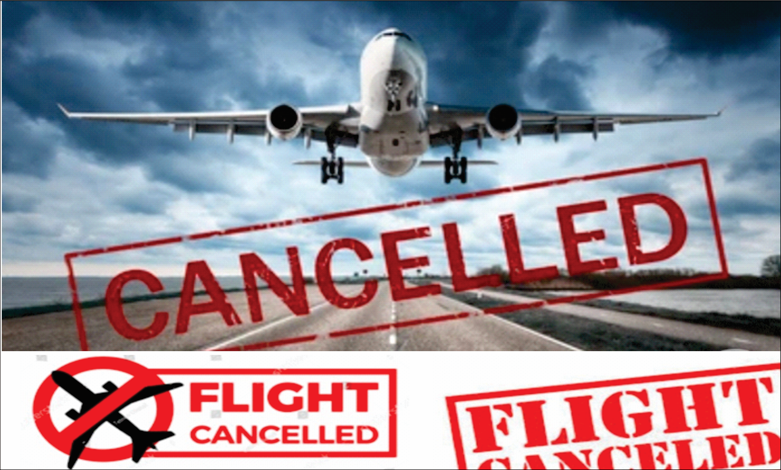 The carrier owes the passenger a high degree of diligence and care. In recent times, airlines are known for relying on a lot of exclusionary terms to escape liabilities. Courts have been faced with the duty of determining the justifiability and legality of those exclusionary clauses over the years. The Supreme Court, in the case of MEKWUNYE V. EMIRATES AIRLINE [2019] 9 NWLR (PT. 1677) 191 determined the duties and liability of Airlines and the extent to which they can be protected by exclusionary clauses upon cancellation of flights.

Aggrieved by the Respondent’s actions, the Appellant then instituted the matter in Court. In its judgement at the trial court, the court found that the Respondent’s (Defendant)”refusal to carry the (Appellant) from Dallas on the 17th December, 2007 amounts to a breach of contract of carriage with (her),” and that “No limitation to liability applies here”. Consequently, the trial Court ordered “the ticket refund to the (Appellant) should be in full without any deduction or charge,” and a “further grant of N2,500,000 million (Two Million and Five Hundred Thousand Naira) only in general damages and N250,000 (Two Hundred and Fifty thousand Naira Only) in legal costs” to the Appellant whereupon the Respondent lodged its appeal to the Court of Appeal complaining that “the learned trial Judge erred in law when he awarded N250,000.00 in legal fees when the Plaintiff claimed N1,000,000.00 but led no evidence”.

The Court of Appeal held that the learned trial Judge erred in granting the sum of N250,000.00 legal costs. Having arrived at the conclusion that the award is for legal costs and not costs simpliciter. In essence, the Court of Appeal overruled the trial court on the award of general damages awarded, holding that ordering the Respondent to pay general damages in addition to the refund for tickets amounted to double compensation contrary to the Convention for Unification of Certain Rules Relating to International Carriage by Air, otherwise known as the Montreal Convention.

The rationale behind the Supreme Court’s decision is that Emirate Airline, the Respondent, at the Supreme Court had relied on the provisions of the Montreal Convention. It contended that the award of N2,500,000 million (Two Million and Five Hundred Thousand Naira) after ordering the refund of tickets amounts to double compensation and qualifies as non-compensatory damages under the Montreal Convention.

The court did not mince words in holding that in its view, the appellant had conceded that under the Montreal Convention “compensatory damages may include special and general damages”. The Responded had also argued that “in aviation claims, as in the law governing the award of damages awardable in breach of contract cases, there is no distinction between special and general damage” and that “any claim for damages must be subsumed in and is circumscribed by the provisions of the statute as provided by Articles 22 and 29 of the Montreal Convention.

The court aligned with the Appellant that compensatory damages and general damages are the same. They are damages recoverable as payment for actual injury or economic loss. They do not include punitive or exemplary damages.

The court after distinguishing the case under reference from the case of British Airways v. Atoyebi (2014) 13 NWLR (Pt. 1424) 253,  held that the Respondent is in flagrant breach of contract whereby it unreasonably denied boarding to a confirmed passenger for no good cause, previous notice and without explanation whereby the passenger was not only put to extra expenditure of having to buy a more expensive ticket for a longer route but also to endure embarrassment, stress and inconvenience for two days of being stranded clearly entitles the passenger to both general damages and ticket refund.

The Supreme Court also addressed the issue of whether the limitation under the Montreal Convention is applicable even though the Appellant had confirmed her ticket three separate occasions prior to the flight date. The Supreme Court held that the Respondents acts amount to a violation of the fundamental term of the contract and by implication had repudiated the contract.

The Supreme Court further holds that it would be unfair and unjust for the Respondent, as the carrier, to merely refund the flight ticket without compensatory or general damages for the loss of time, stress, embarrassment and inconvenience she suffered in consequence of the breach of contract by the Respondent.

Further to the above peculiar facts of the case of Mekwunye and Emirate Airlines, the court posited that exclusion clause cannot and does not avail the Respondent for denying boarding to the Appellant for no just cause and no explanation whatsoever. The Respondent’s act of repudiation and breach of the fundamental term in the carriage contract does not entitle him to plead the Montreal convention.

It is an elementary principle under the law of contract that a party who is in breach of a fundamental term in a contract cannot rely on exclusion clauses. See the cases of IPINNOCK BROTHERS v. LEWIS & PEAT LTD (1956) 2 ALL E.R. 866; ADEL BOSHALLI v. ALLIED COMMERCIAL EXPORTERS LTD (1961) ALL NLR 917 at 922; OWNERS OF NV GONGOLA HOPE v. S.C. (NIG). LTD.

The rationale for the above principle was reiterated by the Supreme Court in the case under reference. The court held thus:

“…that a party who is guilty of breach of a fundamental term of contract could/should not benefit from his wrongdoing by resorting to exclusionary clauses to limit his liability. This is more so, when a contract of carriage by air is brazenly breached and no explanation is offered, as in the instant case. In which case, there is a total failure of consideration and the central purpose or essence of the contract has wholly disappeared.”

A party who has suffered as a result of another’s default or a breach in a contract must be adequately compensated and the erring party cannot be exonerated under the guise of limiting or exclusionary clauses.