The Chairman Anambra State Local Government Service Commission Awka, Dr Peter Egenti, has warned all council staff of the 21 LGAs to shun all forms of gross misconduct and disrespect to constituted authority.

Dr Egenti gave the warning at Ukpo, the Council headquarters of Dunukofia, while addressing three NULGE Executive members in the Council that tendered public apology to the board before the T C Chairman of the Council, Hon. Patrick Emeka Chinweze, and the entire staff for acts of insubordination.

He reiterated that the number one statutory function of the Commission, as provided for in Anambra State LG Law 1999, as amended, was to appoint, promote, discipline, recruit and sanction staff on GL 07 and above. 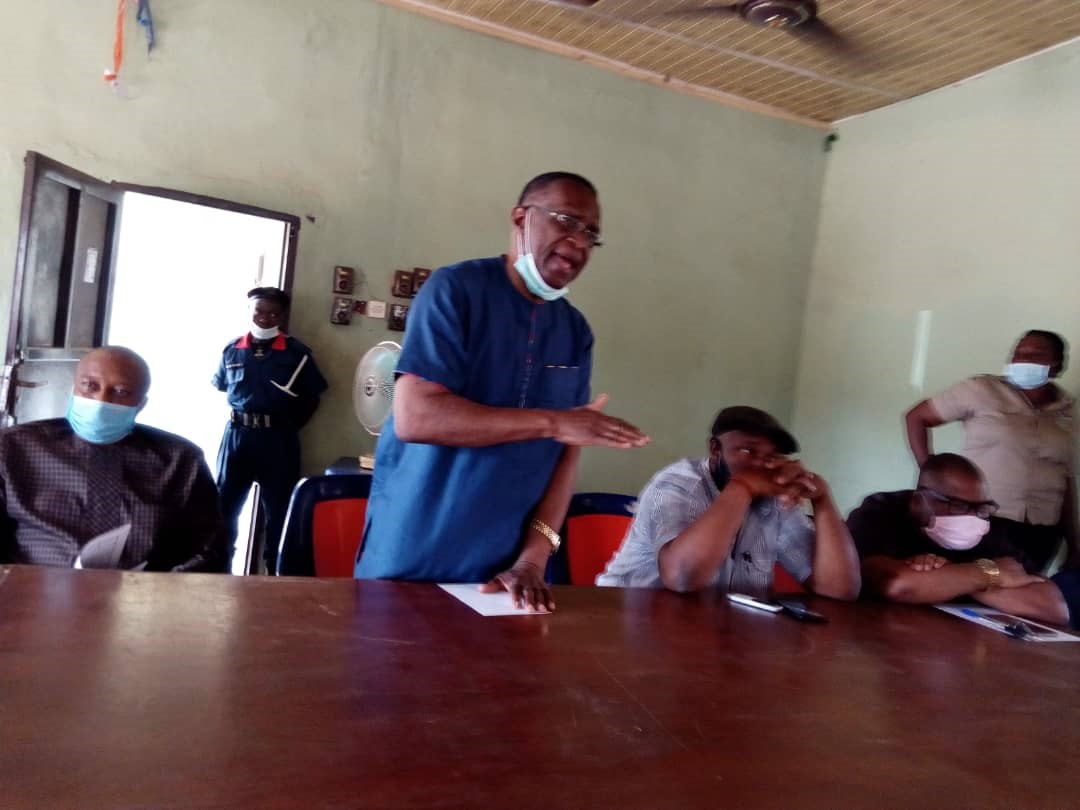 The three affected staff members, Comrade Nwafor Ikechukwu, NULGE branch chairman; Comrade Okonkwo Ngozi, NULGE vice chairman and Comrade Victor Ofole, the state auditor, NULGE, recently denied the board members access to address the workers and right to use the Council Hall when the board visited the Council during an official tour of the 21 LGAs.

The Commission boss who reaffirmed the board’s resolution to transform the Anambra State LG System positively, emphasized the need for workers to always observe due process and accord maximum respect to constituted authority as emphasized by the Commission during official visits and engagements.

He noted that the three NULGE officers of the Council publicly apologized for a recent act of disrespect to the Commission on what he described as apparent overreaction on pending internal matters.

He further reminded workers of the commission’s recent policy which included restriction of unauthorized visits to the Commission, temporary suspension of issuance of GEN. 35, submission of evidence of approval for further studies within 6 months of obtaining admission from any of the recognized institutions, posting of key officers who have stayed two years in a particular station, among others.

He added that this would help to ameliorate the rate at which workers manipulated their official records.

Speaking further, the Commission chairman maintained that workers welfare remained paramount to his administration, stressing that no staff would suffer marginalization and that being an executive member of NULGE did not make one to disrespect, embarrass and avoid due process while defending the interest of the workers.

However, the affected NULGE excos admitted their gross misconduct to the Commission during the visit.

Responding, the TC Chairman, Dunukofia Hon. Emeka Patrick Chinweze, blamed the NULGE excos for insubordination and expressed gratitude to the board’s LGSC for being consistent with the advice on discipline and productivity.

He equally assured the charismatic and members of their readiness to work in harmony with the Commission for effective service delivery and sustain grassroots development.