The raiding of a criminal hideout by some youths of Ichi Community which led to the arrest of one of the lynch pins of the chaos in Anambra State may well be the catalyst needed to rid the state of the hoodlums hiding under the guise of freedom fighting to bring misery to the citizens.

The raid came on the heels of the revelation by the governor of Anambra State, Prof Chukwuma Soludo, to the effect that the majority of those recently arrested in connection with the security crisis in the state were non-indigenes. It was a revelation that many have viewed with outrage, as well as one that has made many to wonder why Anambra had been chosen by these hoodlums to foment their trouble.

While these hoodlums are contriving to make life difficult for Anambra people, the state some of them come from is largely peaceful. Last Monday, the country’s Vice President, Yemi Osinbajo, visited Ebonyi State on a day some hoodlums were trying to stop people from coming out in Anambra. When the videos of Osinbajo’s visit to Ebonyi started going viral, many began to see what seemed like a game plan to destabilize Anambra State. 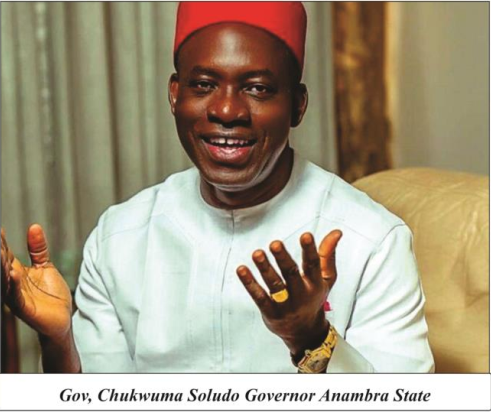 Recall that Simon Ekpa, the self-styled new Biafra agitation leader, who operates from his hide out abroad, to issue threats to the people of Anambra, hails from Ebonyi State. Nnamdi Kanu, himself, is from Abia State. So why should Anambra continue to bear the brunt of the Biafra struggle, when the principal actors of that struggle are not from Anambra?

Why should the people of Ebonyi freely go about their business on Mondays while Anambra people are forced to stay at home? Is it Gov Soludo that caused the arrest of Kanu? Hasn’t Soludo extended enough olive branch to the hoodlums for them to drop their arms and come to a round table? Why then would anyone try to berate Soludo over what he did not cause but trying hard to find an amicable solution to?

There is nowhere in the world where a government bows to criminals. Doing that anywhere would mean inviting such hoodlums to hijack the state or country. Anambra’s case is not and cannot be different. It is not possible to have two governments in one state which is what these hoodlums are trying to effectively do by giving counter orders and generally displaying brazen acts of terrorism. This is something all Anambra People must resist.

This is why we commend the action of Ichi youths in smoking out some of the hoodlums from their hideout. The task is everybody’s to ensure that our state returns to normalcy.

It is time to reclaim our state.