It is normal that in the face of great difficulty people are bound to question and challenge constituted authorities as is the case now that Anambra State is in the eye of the storm in terms of insecurity. Some people are beginning to wonder what the Anambra State governor, Prof Chukwuma Soludo, is doing to curb the killings in the state, while some have even started berating him for doing nothing.

Since assuming office, Gov Soludo has undertaken several measures to end the killings ravaging the state. From inviting the hoodlums to the dialogue table through calling for prayers in all the churches, to even visiting Nnamdi Kanu, leader of the Indigenous People of Biafra (IPOB), where he is being detained, Soludo has come across as a man desirous of seeking every peaceful means to find a solution to the state of insecurity in his state. 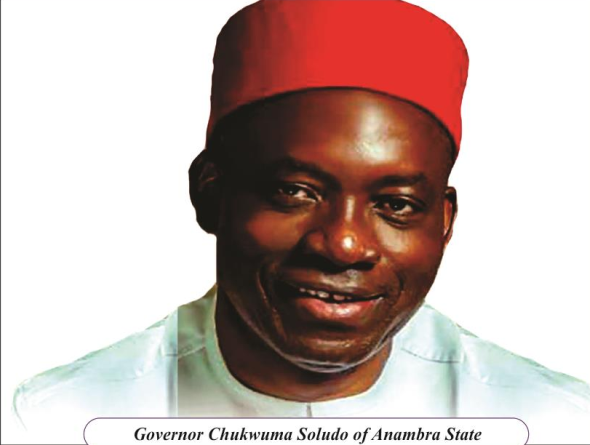 But after each of the above actions, the hoodlums have responded by embarking on more killings, showing that they are not ready to embrace dialogue. In the face of the current situation, it is becoming increasingly clear that what is needed as the next step is a total war against those who have sworn not to give peace a chance in the state.

Just last weekend, Anambra State was hit with several deaths in the hands of the hoodlums and it is instructive that those people were killed on days outside the Monday which they have declared as a day of sitting at home. The worst were the killing and beheading of a House of Assembly member and his aide, as well as the killing of a mother and her three children.

Their insistence on having people stay at home comes after the mainstream pro-Biafra group loyal to Kanu had called off the Monday lockdowns, restricting such to only the days their leader, Kanu, is appearing in court.

The hoodlums who are today waging a foolish war against their own people are doing so supposedly in the name of achieving a new Biafra Republic but we know that their ways are not the ways such can be achieved. Indeed, what is the wisdom in killing one’s own people to show anger at the unfair treatment being given to them by outsiders?

Soludo has been assuring the people of the state about his readiness to quash the menace and has also announced a N10m bounty for whoever gives information that will lead to the arrest of the hoodlums who killed the lawmaker.

At a press conference last Monday, the Anambra State Commissioner of Police, Echeng Echeng, said the identities of the killers had always been known and that, far from living in the bushes as they want people to believe, they live among people in the various communities, even as he promised that the public would begin to see better results. This was followed by a statewide broadcast by the governor in which he rolled out measures to permanently address the menace of criminals in the state. It is a very welcome development that has restored hope.

Now is not therefore the time to desert the governor but one to rally round him and contribute our quota towards bringing to justice those intent on making life miserable for everyone. Surely, this cup will pass.