It was the other day that we had this lengthy argument in one of my social media groups. The topic was on private schools and how some of them, if not many, had been leveraging on the gullibility of our people to milk them dry. 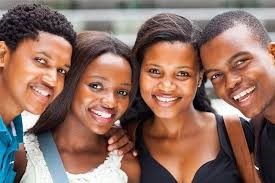 Are private school students better than their public school counterparts?

So why do many parents still patronize these private schools? The answer may not be far-fetched. This is a clime where many are still class conscious. They do certain things just to make impressions which often times are false. Many parents believe that having their kids in private schools will elevate their social rating. They see patronizing public schools as a sign of poverty. Thus, no matter how much they are charged, they keep on paying, even when they are very uncomfortable. That is the average Nigerian for you.

It seems our people have not been able to distinguish between their children speaking English and actually writing in good English. In private schools the kids are made to converse in the English Language. This makes them look ”superior” to their public school counterparts. But often times, these same kids who speak so well are not able to write well, meaning that everything is all too cosmetic. The ability to speak good English is not a guarantee that one is brilliant. You can speak all the grammar there is and still write off point in exams.

Again, I have observed that the quality of teachers in private schools is much lower than their counterparts in public schools. In some cases, the teaching staff of these private schools are fresh graduates with little or no experience. Sometimes, for them, just because one has graduated from school means the person can teach. But they forget that teaching requires specialized training. Because of this fact, a National Certificate in Education (NCE) holder will do better than one who graduated from the university in another discipline. So if this is the case, why the hype about private schools?

I know this piece will likely draw the ire of private school proprietors who may accuse me of trying to shove them out of business. Far from it. I’m only laying the facts bare on the table so that everyone will see the difference between private and public school education.

What they should therefore do is to raise their standard in order to compete favourably with public schools which I consider as still the best. Yes, public schools may not have cosy environments and facilities but there’s no denying their quality and they are cheap too.

At an age when private schools are being set up left, right and centre by all manner of people, it pays to be careful in order not to waste money unnecessarily. But if some people still elect to be carried away by the allure and razzmatazz of private schools, then let them bear their cross alone and silently.

Let the Children of the Rich Study Here

Have you ever wondered why our leaders pay little or no attention to education in this country? Their children mostly study abroad. Because of this, they do not care whether schools in Nigeria remain closed forever. They also do not care about the poor facilities there. This is too bad.

If education must thrive the way it should in this country, therefore, a law should be made to compel our leaders to keep their children here to school with the rest our own children. Even though some would argue that everyone was free to train their kids anywhere in the world, our peculiar experiences here demand that we do something drastic to force our leaders to be doing the needful which in this case is taking education in the country seriously.

Or do you think that if the children of President Muhammadu Buhari or the children of Governor Willie Obiano are studying here things will not be different? I leave you to judge.

On Monday, February 8, the Anambra State Government announced the imposition of curfew in the state that was to last from 9pm to 6am daily. It was, the government explained, to contain the spike in the number of COVID-19 cases in the state.

Three days later, the same government announced the lifting of the curfew, explaining that there had been an improvement in the level of compliance to COVID-19 protocols.

Commendable as the government’s concern for the health of its citizens is, many are still wondering how government sees night time curfews as effective. Is it that COVID-19 sleeps during the day time only to come out in the night to stalk people? Between day and night times, when are people likely to contract the disease more? Is it likely that the disease will affect more people in the night when they are at home than when they are active and outside during the day? How many people are outside in the night? Do the crowds we see at such markets as Onitsha Main Market, Ochanja Market, Nkwo Nnewi Market and Eke Awka Market also come to market at night? If the answers to all these are negative, then why impose a curfew at night.

It was good that the ban was lifted soon enough, else it would surely have looked stupid. In this respect, I commend the state governor on his humane handling of the COVID matter in the state all this while. It has always had a human face, with the governor always willing to adjust according to the situation.

Above all, even as steps are continually taken to protect the citizens from the scourge of coronavirus, it should also be known that this disease will not be in any hurry to leave until such a time when the vaccine gets to everybody or to those who will allow it to be administered to them.

And seeing that the disease has come to stay with us for the next foreseeable future, we will also learn to coexist with it without shutting down society. That, in itself, will create more problems than it will solve.

Good enough, our climate is helping us to stave off the disease, meaning that the little efforts we make will help us.

While many schools in the country stayed back because of the coronavirus pandemic, the authorities of Chukwuemeka Odumegwu Ojukwu University, COOU, continued with academic activities after an initial closure. I’m not aware that their students have all been killed by the virus because they were in session. Rather, they are now ahead of other institutions in the academic calendar.

The authorities of COOU have proved that proper management of the situation is more effective than outrightly shutting down the school as many had done.

What they did should teach other schools that life must go on despite the situation we have found ourselves in. I give them high five, as they say.

This Sunday, expect to see many young men and women throwing parties and embarking on jamborees. To them, it is all there is to Valentine, that day that is popularly known as Lovers’ Day here.

It is yet another perfect example of how something good has been turned on its head to become something else.

Valentine’s Day is supposed to be a day that brings out the best of our humanity, a day for sharing love and remembering the less privileged. If any other interpretation is given to this day and what it stands for, then it is a tragedy; a tragedy that lucidly portrays the depth of the hopelessness of this generation.

As my friend, Victor Agusiobo would say, I salute you so kindly.