As trafficking of human persons, has continued to be on the increase in society, a former Anambra State Commissioner for Social Welfare, Children’s & Women’s Affairs, Dr Ego Cordelia Uzozie, has called on members of Catholic Women’s Organisation (CWO), to join hands, fish out traffickers in their locality and put an end to human trafficking, which she said has destroyed humanity and society.

Dr Uzoezie, made the call while giving a talk on the theme “Catholic Women Working to Eradicate Trafficking of Women/Girls: A Clarion Call for All to Take Responsibility for a Healthy Planet”, at the flag off of the 2021 August Meeting of CWO, Awka Diocese, last Saturday, July 10. 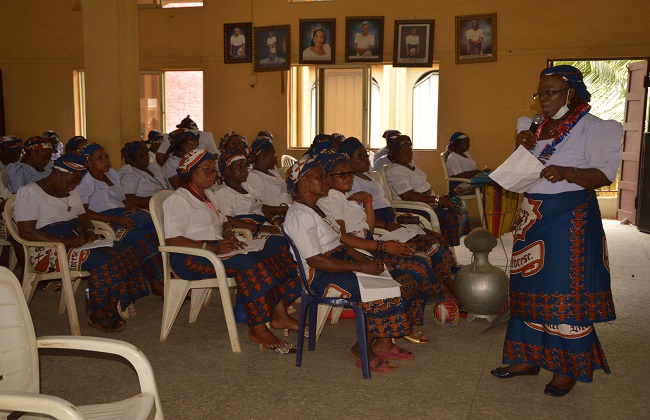 Speaking at the event held at Cana House, Awka, Uzoezie, who is also a former Director, CWO, Awka Diocese, regretted that many people engaged in trafficking of women/girls so as to exploit others for economic profit, while others engage in the trafficking for non-consensual sexual satisfaction and cheap labour.

Pointing out that trafficked persons suffer dehumanization and lose their human dignity due to forced prostitution and its attendant problems such as drug abuse and diseases, the former commissioner advocated for the need to put an end to the trafficking which she described as cankerworm.

This was even as she warned those who engaged in human trafficking to desist from it, lest they be caught and be jailed.

The former CWO Director, urged the Catholic women to work towards the eradication of human trafficking which she said, were in the forms of sex trafficking, forced labour and debt bondage.

According to her trafficking of human persons, especially women and girls, has been a cankerworm which has destroyed both human dignity and society.

She identified encouraging healthy behaviour in relationships, fostering safe homes and neighbourhood, reduction in demand for commercial sex as well as formulation and implementation of laws and programs against trafficking, as some of the preventive strategies for trafficking of human persons.

Uzoezie, who equally served as a former Provost, Nwafor Orizu College of Education, Nsugbe, noted that it was the collective responsibility of the Catholic women to put the preventive strategies into use so as to eradicate trafficking of human persons, and enthrone sanity in society.