…Condoles with Coscharis over Wife’s Demise

The Vice Presidential Candidate of the People’s Democratic Party, PDP, in the last election, Mr. Peter Obi, has described the late Dr. Chike Akunyili as a man consumed by the progress of the human society. Obi said this last weekend while speaking to the press during the burial of Dr. Akunyili in his home town of Agulu, reports Chioma Ndife.

This is even as Obi condoled with Dr Cosmas Maduka over the death of his wife which Obi described as the loss of a great soul to humanity.

Explaining his very visible participation during the burial of Dr Akunyili, Obi said that beyond coming from the same town, Akunyili’s life of service to humanity compelled his closeness to him even at death. Obi said he loved celebrating such lives as a model of emulation at all times. 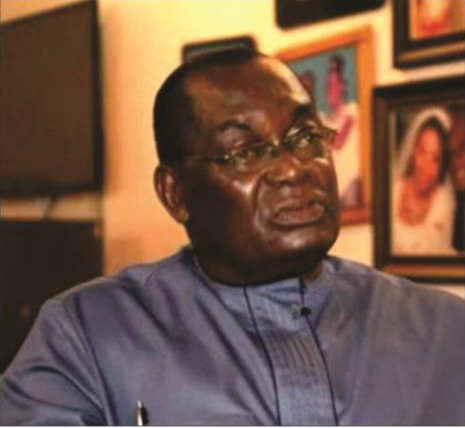 ‘He was a medical doctor who used the practice of medicine to better the lives of the people. I am touched by some of the things he did; example being rendering free medical services to many institutions while he was alive.

He also built one of the biggest hospitals in the South-East and contributed to health care delivery in the country.

I am also aware that he sat on the board of many hospitals owned by voluntary agencies and rendered service to them for free.

You can see I am propelled more by the worth of the man, what he did for society and not so much by where he came from,’ Obi said.

Speaking on behalf of the family, one of Chike’s sons, Obum, explained that the painful circumstances surrounding their father’s death would not stop them from celebrating the ‘beautiful legacies he left behind.’

He thanked Mr Obi for his strong interventions and support all the while and recalled the former Anambra governor flew in immediately from Lagos when his father died; how he went with him to pick his late father’s remains and spent the whole day with him at the morgue and ensured that his father’s corpse was deposited at a proper mortuary and well taken care of.

Meanwhile, the death of the wife of motor magnate, Cosmas Maduka of the Coscharis fame, has been described by Obi as a loss of a great soul; describing the late Mrs Charity Maduka as a great loss to humanity.

In a statement from his media office, he said he had known Mrs Maduka, not just as a dutiful and God-fearing wife, but also a great motivator whose support and collaboration with her husband, saw the group move on to become a national brand.

Describing her death as painful and irreplaceable, Obi said she would be remembered for her exemplary and inspiring conduct, both at domestic and business fronts.

Obi prayed to God for her peaceful repose and to grant those she left behind, especially her husband, the strength of mind to bear the loss, knowing that she was resting in the bosom of the Lord. He prayed also for the family.