In a nation grappling with decrepitating insecurity, Awaji Inombek Abiante, a member of the House of Representatives, recently introduced a bill proposing the scrapping of the National Youth Service Corps (NYSC) as one of the solutions to the unrelenting attacks of terrorism, banditry and other crimes.

According to the lawmaker, ‘The bill seeks to repeal Section 315(5) (a) of the Constitution of the Federal Republic of Nigeria, 1999, (as amended) on the following grounds:

‘Incessant killing of innocent corps members in some parts of the country due to banditry, religious extremism and ethnic violence.

‘Public and private agencies/departments are no longer recruiting able and qualified Nigerian youths.

‘They rely heavily on the availability of corps members who are not being well remunerated and get discarded with impunity at the end of their service year, without any hope of being gainfully employed.

‘Due to insecurity across the country, the National Youth Service Corps management now gives consideration to posting corps members to their geopolitical zone.’ 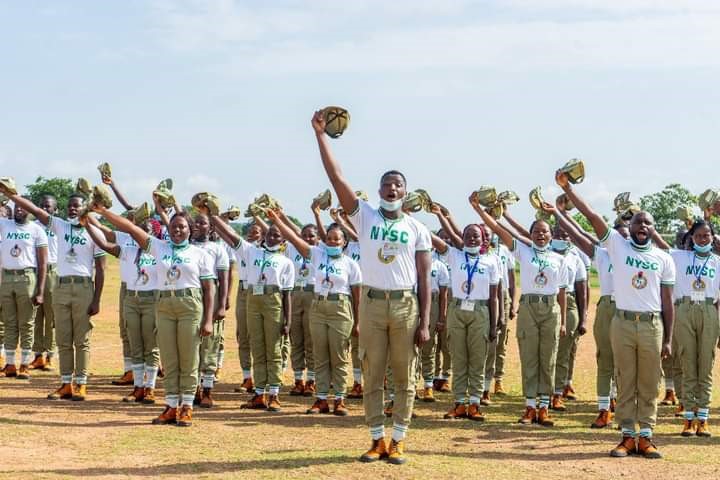 The National Youth Service Corps is a one-year compulsory programme established in 1973 after the Nigerian Civil War and was designed to promote Reconstruction, Rehabilitation and Reconciliation towards bridging the ethnic and religious divisions in the country and to foster the spirit of nationalism.

It is a known fact that for one to be eligible to participate in the compulsory one-year youth service, one must be a graduate and below the age of 30 upon graduation. Otherwise, they will be issued a Certificate of Exemption.

The NYSC was established for specific reasons which include inculcating discipline in Nigerian youths through a tradition of hard work, patriotism and loyal service to Nigeria in any situation they find themselves; to enable Nigerian youths acquire the spirit of self-reliance by encouraging them to develop skills for self-employment and to contribute to accelerating the growth of the national economy.

Other reasons include developing common ties amongst Nigerian youths to promote national unity and integration, equitable distribution and effective utilisation of the skills of members of the corps to satisfy national needs among many other reasons.

But a school of thought opines the present formation of the NYSC has failed the nation as it has been unable to contribute to national development which is one of the reasons for its establishment and has to be restructured to become a more result-oriented programme. It believes that every year, graduating youths from different schools in the country are subjected to assignments that have no yardsticks for measurement and oftentimes end up with no benefit to the nation.

It is expected that with the numerous technical and technological challenges in Nigeria, graduates of various fields in the country should use the one-year mandatory service to practise what they learnt in school to solve the country’s problems.

But, it is often not the case as some of them end up in offices not related to their disciplines.  This school of thought says the present-day NYSC is more like a playground of fun that can be redesigned to become a project-oriented programme that would move the country forward. Thereby, making it a hub for inventors, a producing country, and agricultural innovations will become the hallmark for development.

The NYSC scheme was originally meant to serve as a catalyst for sustainable development especially after the Nigerian Civil War but may be said to have failed in many respects in accelerating the socio-economic development of the country, if measured by the Eight-Scale Perception Index.

In essence, the emphasis should be on revisiting the objectives of the NYSC scheme to utilise its entrants’ expertise to meet the technological demands of the country and bring her at par with other developed countries of the world than scrap it. It will also go a long way in enhancing the technological know-how of the citizens.

The noble ideals on which the NYSC was established have mainly not been achieved; indeed, the hope of achieving them seems to be receding.

Poor financing of the tertiary education system and its resultant poor quality products present the nation with graduates who are of little value vis-a-vis the hope that their skills, knowledge and worldview can be shared equitably throughout the federation. Secondly, the poor economy has rendered employers unable to take in and adequately cater for corps members.

Coupled with insecurity, most corps members stay back in their home states and so, cannot make the contributions envisaged by the scheme’s founders. Nigerian politics, as of the present, fosters a spirit of alienation among the youth who as a consequence cannot be expected to be patriotic and give quality and committed service to the nation.

In spite of all these setbacks, it would be absurd to advocate that the NYSC scheme be scrapped completely. However, it would be great if the government begins as soon as possible to initiate the processes for reforming the NYSC scheme for it to meet the contemporary expectations and challenges of the 21st century.

Basically, the success of the scheme depends on a national ethos which includes good governance in all ramifications: meritocracy, service delivery, transparency and accountability, free and fair elections, provision of adequate security for life and property etc.

Without this and its products- stable and developing economic growth, faith in the nation, a community spirit of shared fate and values, peace and prosperity- the ideals of the youth service scheme will continue to flounder.

Also, NYSC provides a smooth transition from school to the job market. It helps participants to learn about the work environment before seeking actual jobs.

Whichever side of the argument one is, it is very clear that the NYSC has achieved its major objective of promoting national unity as young men and women travel to different states and regions other than their own, interacting and living with people they may never have met in life.

It has helped Nigerians to understand other Nigerians’ ways of doing things, increasing inter-ethnic bonds and even marriages.

Despite the obvious positive sides of NYSC, it is unfortunate that some Nigerians like Abiante and his colleagues think it should be scrapped. Meanwhile, the new bill does not cover instituting another scheme where Nigerians congregate together from different religious, ethnic and regional backgrounds.

If at all the scheme is facing challenges as claimed by the lawmaker, what he and his colleagues should do is seek ways of addressing those challenges.  If we throw away things just because of some challenges, very soon, every scheme in the country will be scrapped.

It is incomprehensible that at a time like this where anything that can unite citizens should be promoted, a lawmaker is asking that we should scrap one of the things that has helped move Nigerians across the country and foster relationships.

By allowing this bill to pass the second reading, it is obvious that the lawmakers are only interested in taking the easy way out of problems.   They are merely chasing the symptoms of insecurity and not the fundamentals and have left undone what they ought to be doing and pursuing things that are unnecessary.

Calling for the scrap of the NYSC which has been here for 48 years is a joke taken too far on a scheme that has in no small measure united Nigerians. If anything, the scheme should be reviewed based on the current realities. The NYSC orientation camp should be extended to incorporate the training of participants on self-defence, vocational skills and entrepreneurship.

As much as we recognise the role of legislators in law making, they must focus on issues that will unite the country and formulate laws that will help tackle insecurity and promote good governance.