By Precious Ukeje and Daniel Ochiabutor

Let’s Save Her Initiative, LESHI, a non-governmental organization working for the cause of girls and women, has begun skill acquisition programme for rural community dwellers in Anambra State.

The training which is jointly sponsored by Fides Media, the Social Communications Directorate of the Catholic Diocese of Awka, according to the founder, Miss Mercy Hill, is aimed at empowering girls and women with different skill sets.

Speaking at St Jude Thaddeus Catholic Church, Awka, where the programme was flagged off, Saturday, June 3, Hill urged young girls and women to embrace skills acquisition as a means to have an alternative source of income.

She also urged participants to cooperate with the facilitators and make sure they learned something new in addition to the diverse knowledge they already possess. She also stated that it would be nice that they learned so they could also teach others, as well in the communities. 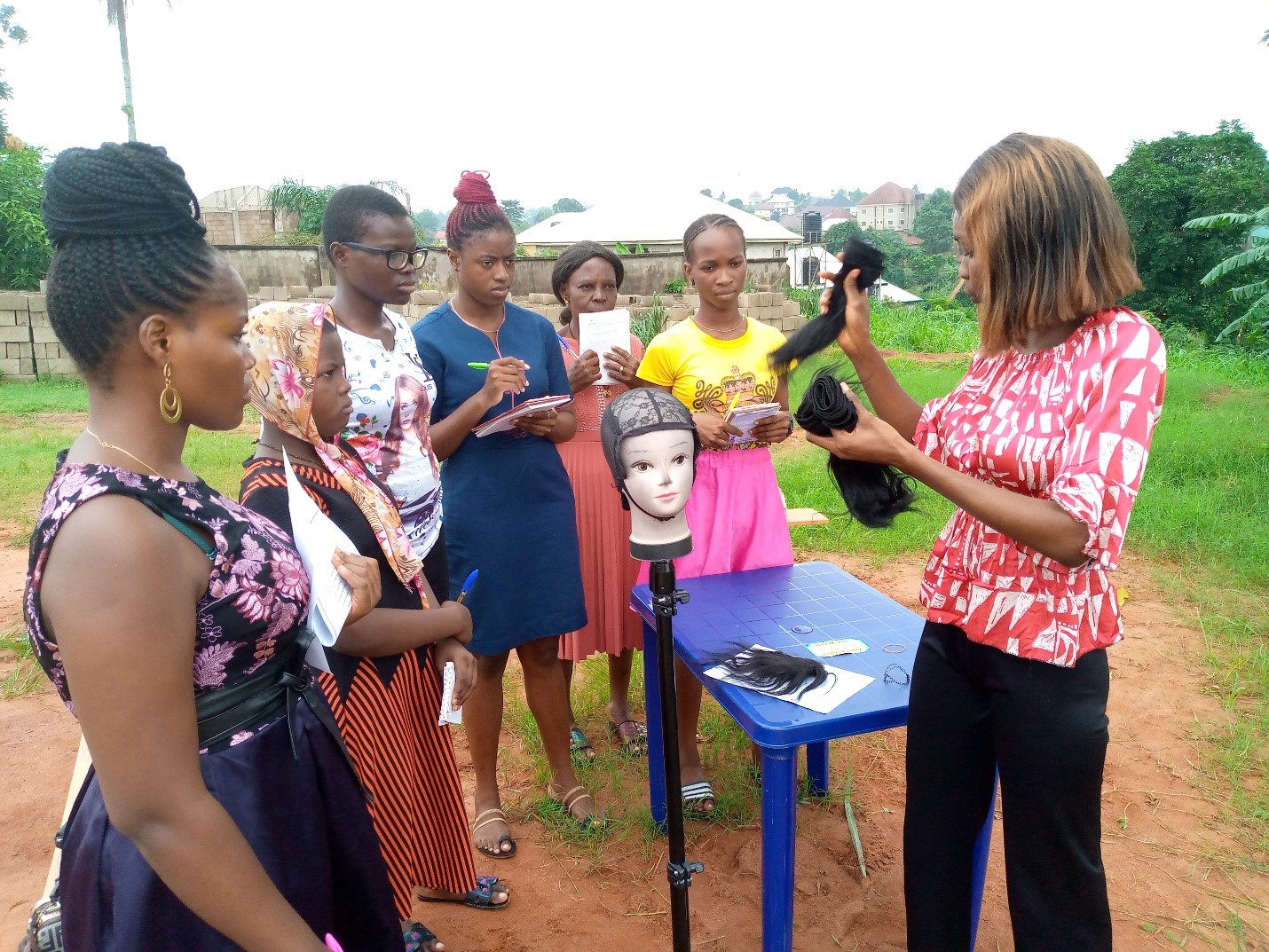 The Project Manager/Coordinator of the initiative, Alexander Johnson Adejoh, while speaking to newsmen, said the project served as a means of empowering young girls and women with skills that would enable them to fend for themselves, as well as for the married women to depend less on their husbands.

Adejoh also disclosed that the programme made provision for issuance of certificates to participants after an exhibition scheduled to hold on the last day of the training. He therefore enjoined the beneficiaries to look beyond certificates and focus more on learning the different crafts effectively, describing it as what would give them advantage over their peers and competitors.

Some of the areas covered in the training were Make-Up facilitated by Elizabeth Bassey; Hair and Wig Making by Mercy Okoye; Tye & Dye by Alexandar Adejoh and Pastry Making facilitated by Adejumoke Alebiosu.

Some of the participants expressed their commitment, as well as hope, to learning and growing the skills they would pick up in the course of the training.

A participant also stated that she already baked and had participated simply to learn new ways of making her baking much better, noting that no knowledge was a waste.

The facilitators in turn hoped that despite the challenges that could come up, the participants would impact knowledge on the women.

Meanwhile, the Parish Priest of the Parish, Rev. Fr Hillary Ben-Ezenwa, who stopped by during the period of the event, encouraged the efforts of LESHI and Fides Media. He charged the team to continue with the good work, promising to be available in the classes scheduled for the coming weeks.