The Catholic bishop of Awka Diocese, His Lordship Most Reverend Paulinus Ezeokafor, says Lent is a time Christians embark on self-introspection.

Bishop Ezeokafor who stated this in his office at Saint Patrick’s Catholic Cathedral, Awka, maintained that Ash Wednesday marked the beginning of lent and was a time Christians redefined their lives as followers of Jesus Christ. 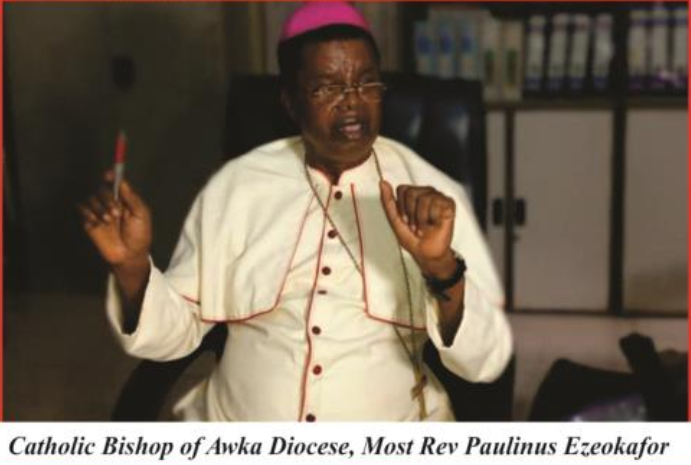 He  charged Christians to humble themselves and live the life of penance in order to be with Christ on the last day and reminded them of the need to love one another in addition to remembering the poor in their midst, which, he said, was the hallmark of a Christian life.

Speaking on the significance of Ash Wednesday in the life of a Christian, Bishop Ezeokafor pointed out that it was a time Christians redeemed themselves for their salvation.

He cautioned Christians against what he called the gospel of convenience, adding that the mark of Ash on the forehead of Christians on Ash Wednesday was a sign of repentance and also an indication that man was made of Ash and unto Ash he would return.

On March 17th Inauguration of the incoming Professor Chukwuma Soludo’s Administration, Most Reverend Ezeokafor who commended the outcome of the election, described Professor Soludo as a man who had all it took to transform Anambra State and called on the people of the state to give him the kind of support they gave to the outgoing government of Willie Obiano for enhanced development of the state.