Ahead of the September 7, 2021 Centenary Celebration of Legion of Mary in the world, the Immaculate Conception Regia of the Legion of Mary (comprising Catholic Dioceses of Awka and Ekwulobia), at St Joseph’s Cathedral, Ekwulobia, Aguata LGA, Anambra State, last Sunday, May 30, flagged off the activities marking the celebration with the theme: “Do whatever he tells you” John 2: 5. 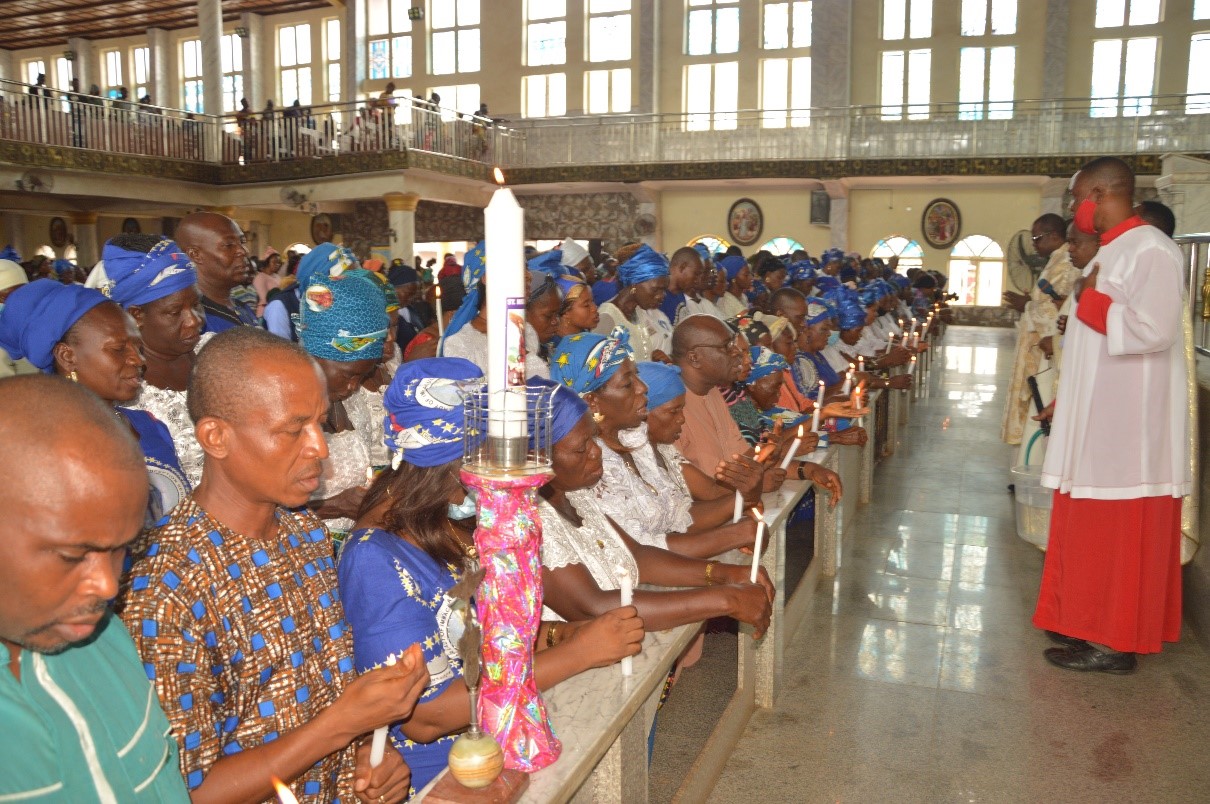 Flag off of the Centenary Celebration and lighting of the centenary candle. Former Cathedral Administrator, Rev Fr Ignatius Onwuatuegwu, who led in the Holy Mass (centre right), blesses the legionaries, St Joseph’s Cathedral Ekwulobia, May 30, 2021.

Fides gathered that Legion of Mary, a lay Catholic society, with the mission of service to God under the banner of Mary, through corporal and spiritual works of Mercy, was founded in Dublin, Ireland on September 7, 1921 by a lay Catholic faithful, Frank Duff. The members, who were lay Catholics that believed in the teachings, give service to the Church and humanity on voluntary basis.

Speaking to Fides at the flag off, the President, Immaculate Conception Regia, Bro Hyacinth Mary Igwebuike, thanked God for keeping the legionaries alive for the historic centenary celebration which he described as a thing of joy.

He expressed his conviction that the legionaries would in honour of the centenary celebration, gain more souls of Holy Mother Mary through evangelization and Sunday search for souls.

Igwebuike announced that the centenary celebration for the Regia would hold on Sunday, September 5, 2021, at St Patrick’s Cathedral, Awka.

Also speaking, the Chief Chaplain of Immaculate Conception Regia, Rev Fr Mac Ben Okeke, described the centenary as a celebration of 100 years of commitment to corporal and spiritual works of mercy According to him, Legion of Mary kicked off in Dublin, Ireland in 1921, and later spread to other parts of the world. The organization which is a group of people under Mother Mary, had been committed to its mission of prayer life and various types of legion work.

‘Legion of Mary is celebrating 100 years of a group of people who are under our Mother Mary, praying to Mary to intercede for the whole world, visiting the sick in hospitals, praying for the sick, visiting and helping the aged, cleaning the Church compound and other legion’s works,’ Fr Okeke stated.

He noted that the works of mercy had gone a long way to improve the lives of the legionaries, who according to him, had emulated the Holy Mother Mary in her virtues of humility, care and love. 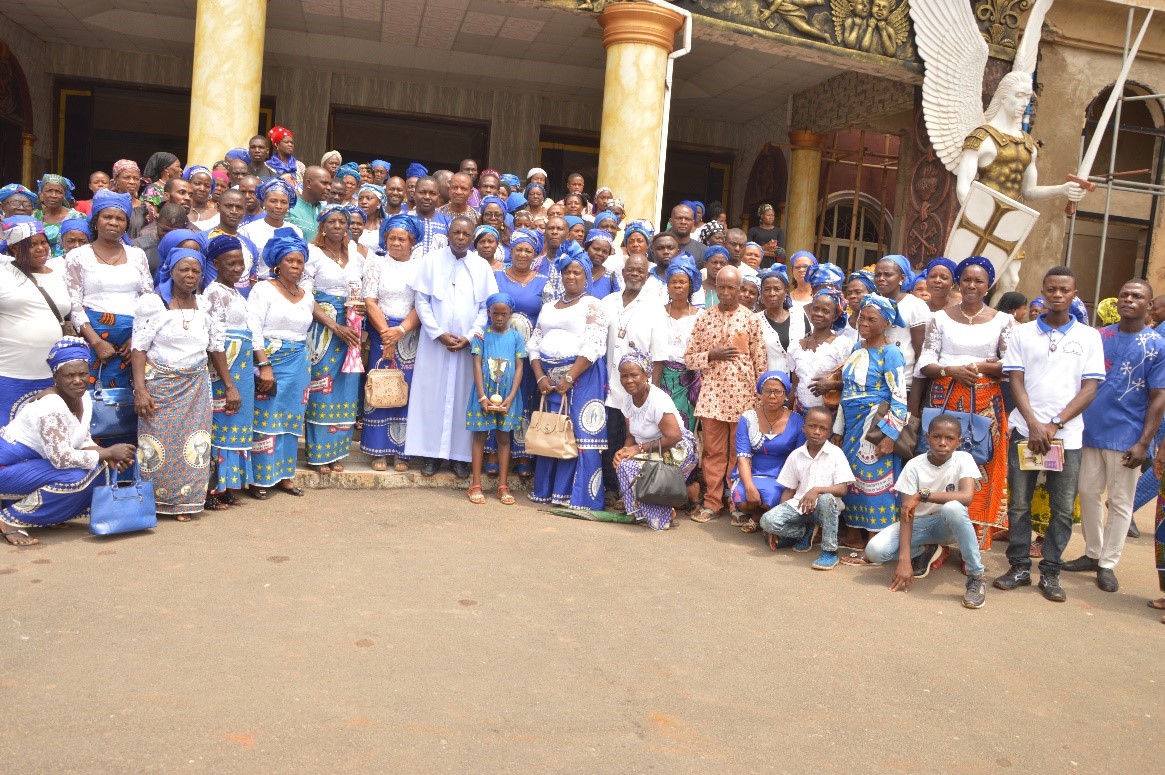 Chief Chaplain, Immaculate Conception Regia, Rev Fr Mac Ben Okeke (centre), with some of the legionaries after the Holy Mass for the flag off, St Joseph’s Cathedral, Ekwulobia, June 3, 2021.

According to the programme released by the Regia, the activities for the 2021 Centenary Celebration kicked off on April 22, 2021 with 9 Days Novena for the Centenary Committee members and May Devotion which lasted from 1st -30th of May.

Other activities included May 30- flag off and lighting of Centenary candle, June  5, July 3rd and August 7– Grotto Prayers in parishes,  June 1-30 – nomination of people for various distinguished awards, July 1- August 31st – Bible, Legion Handbook and Catechism quiz competitions, and sports competition across the Committium, August 3-6 – worthy couple competition, August 15 – Feast of Assumption in parishes, August 21 – seminar on premarital and marital issues in life of a Christian in era of incessant collapsed marriages and on Business/Economic survival strategies in post COVID-19 era.